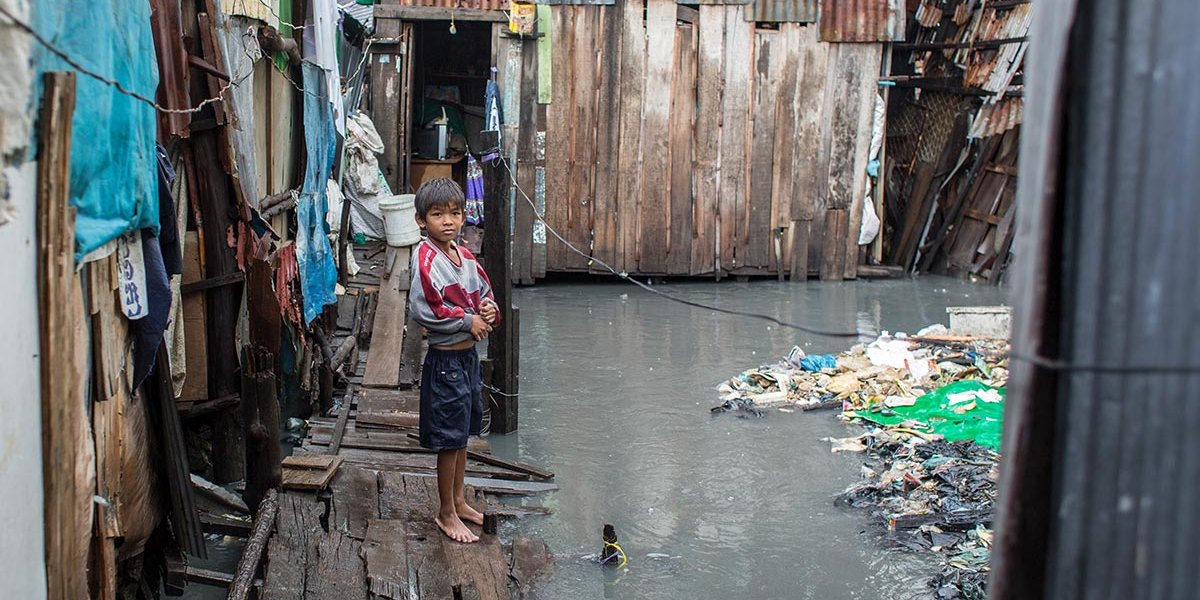 Flooding caused by heavy rains and the overflow of the Mekong River during August to September 2011 affected more than 1.1 million people in Cambodia:

Habitat for Humanity in Cambodia conducted a rapid assessment of the devastation in the Pouk and Angkor Chum districts of Siem Reap between 12th – 13th October 2011. The assessment found that women and children of affected families had moved into evacuation centres and the men had remained to watch over their properties and possessions.

Based on information from National Committee for Disaster Management, 1,780 households in 32 villages were affected in Angkor Chum District and in Pouk District, 5,321 households (59 villages) were affected.

The assessment team noted that hygiene practices and living conditions were extremely poor in evacuation centres, increasing the spread of disease and contamination to precious food and water resources.

The need for shelter assistance was clearly evident. Families were living in overcrowded communal areas (such as pagodas) and were in desperate need for assistance to repair their damaged homes.

The team liaised with the villagers and local stakeholders and agreed an action plan to distribute Emergency Shelter Kits and Hygiene Kits to 490 families (2,695 people) in Pouk District and Angkor Chum District.

The project was completed as planned and 490 families received the shelter and hygiene kits. The project distributed the kits to the poorest of the poor. However, based on observation some poor families need more than minor repairs on their house. Resources were used efficiently and timely responses to challenges, such as delays in procurement were made.

Technical support and guidance from the Habitat for Humanity’s team in Asia was provided and customised to the local context. A reflection and learning activity was planned to document experiences, good practices, and lessons learned as well as measure outcomes and significant changes that the project contributed to the households it served.

Impact of our response to the natural disaster

With regards to the intentions of the project (distribution of kits for emergency shelter repair and hygiene facilities), the evaluation showed significant changes and improvements on how the families utilised the kits.

There were initial changes reported in the lives of families after receiving the kits which indicated improvements in health and disaster resilience. However, follow-up interventions are still needed to fully satisfy the shelter needs of families.

Some significant outcomes were: households boiling water before drinking which reduced cases of diarrhoea, and use of shelter repair kits for house repair and maintenance. Soap and other hygiene materials were received positively, but the cost of these items makes it unlikely that people will continue to buy them.

Utilising the local authority disaster response structure at the district, commune, and village level has been the significant initiative of the project. However, follow-up interventions are needed to maximise their roles.