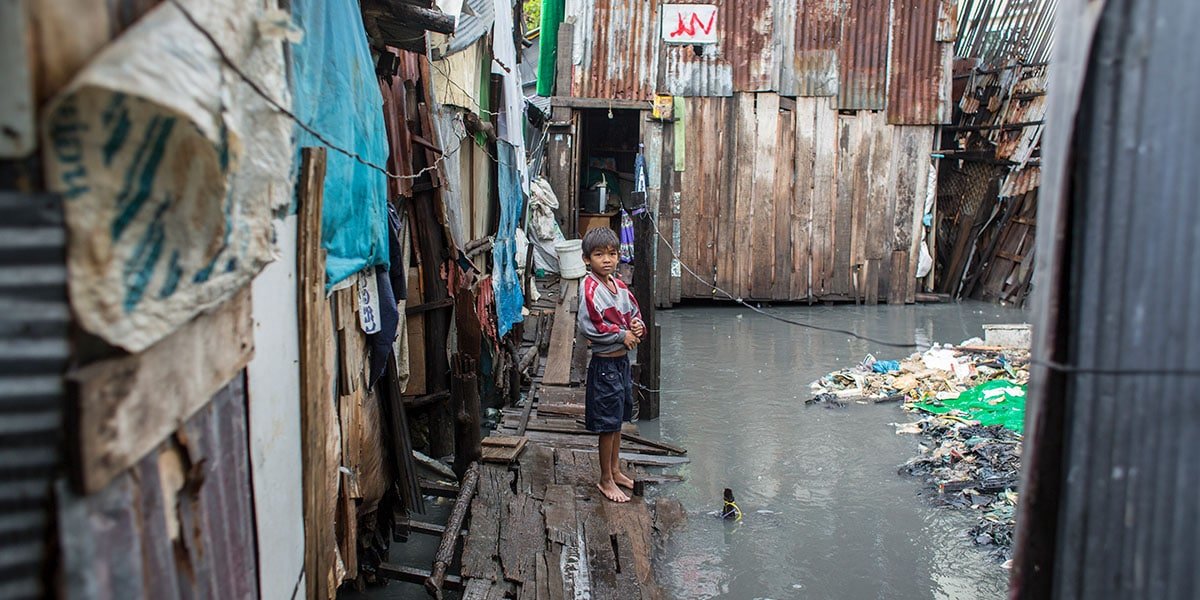 While the number of people living the five biggest slums in the world amounts to 5.7 million, this is only just a drop in the ocean.

Today, by the most conservative estimates, about 900 million people live in slums. But most experts agree that including different types of informal settlements, the number goes up to 1.6 billion – which represents 1/4 of the world’s urban population.

By 2030, it’s estimated that it 1 in 4 people on the planet will live in a slum or other informal settlement. Let’s take a tour of the world’s biggest slums:

Due to population growth and the migration trend from rural areas to cities, these slums are clearly here to stay.

How to tackle the growth of the world’s biggest slums

That’s why we work every day to rehabilitate slums around the world, turning unhealthy shelters into safe, decent homes for the most vulnerable families. But rather than deciding what their needs are, it’s always crucial to talk to communities first. So, what do residents of the world’s biggest slums need to improve their lives?

In the Khayelitsha slum of Cape Town, one toilet is shared by five families on average. Most people use open fields or bushes to do their business, which contributes to the spread of diseases like cholera within communities. It’s also the best place for criminals to attack.

“We couldn’t even walk down the road, the sewage was everywhere” (slum resident)

In Orangi Town, Karachi, slum dwellers have taken control of their own sanitation. A slum resident explains how they “all got together to lay this sewer line on a self-help basis. There’s no filth on the roads, that’s a huge improvement.”

For the first time in history, more people live in cities than in rural areas.

“The urban poor in our cities are the engines of the economy.”

They usually move to larger cities looking for jobs, or any way to earn a living. In the slum of Dharavi, Mumbai, children from rural areas as young as 10 receive training for their new work, collecting and recycling waste.

With their small business, slum dwellers generate an annual turnover of about $1 billion in the Dharavi slum alone.

The need for schools

In Kibera slum, Nairobi, only a quarter of students attend formal schools.

“Security-wise we provide for these kids. For 90% of them, this is their meal, what they eat from here. They regard this school as part of their home, or even shelter.”

A new major road planned by the government threatens to demolish this resident-run school in Kibera.

Sign up to follow the impact of our work and receive inspirational stories of strength and resilience, straight in your inbox

Most people living in informal settlements worldwide do not have security of tenure or land rights.

“There was no evidence of ownership like a land title. We slum dwellers should be considered before being evicted.”

In Neza, Mexico, the community has banded together to fight for land rights and better housing.

“A lot of people have corrugated roofs, and it gets extremely hot here, they live in deplorable conditions. We are putting in cement, helping people to live in better conditions: proper walls, no leaks when it rains, no stagnant water, etc.”

The U.N. says it’s time for governments and developers to step up and join forces with the urban poor to build sustainable cities.