Water and Sanitation Programmes in Malawi

Malawi is one of the poorest countries in the world. 4 out of 5 families live in poorly built homes made of mud bricks, dirt floors and grass thatched roofs. In the urban areas, many people live in slums characterised by poor water and sanitation facilities, no electricity and poor road networks. Homes constantly need repair and families are at high risk of disease.

In fact the country is characterized by a heavy burden of disease evidenced by high levels of child and adulthood mortality rates and high prevalence of diseases such as tuberculosis, malaria and HIV/AIDS.

Malaria is the most common reported cause of morbidity and mortality, responsible for about 40% of hospitalization of under-five children and 40% of deaths according to WHO.The poorest are worst affected, including the 1.5 million children who are orphaned or vulnerable, largely as a result of the HIV/AIDS epidemic.

For thirty years, Habitat for Humanity has been working on improving the living conditions of families in need in Malawi.

Our programmes aim to improve the sanitation status and well-being of slum dwellers and those in rural communities. Key program interventions include construction of sustainable and user-friendly facilities for water, sanitation and hygiene (WASH), as well as hygiene and sanitation campaigns for communitie and capacity building of WASH management structures.

Kauma Village – The Water of Life 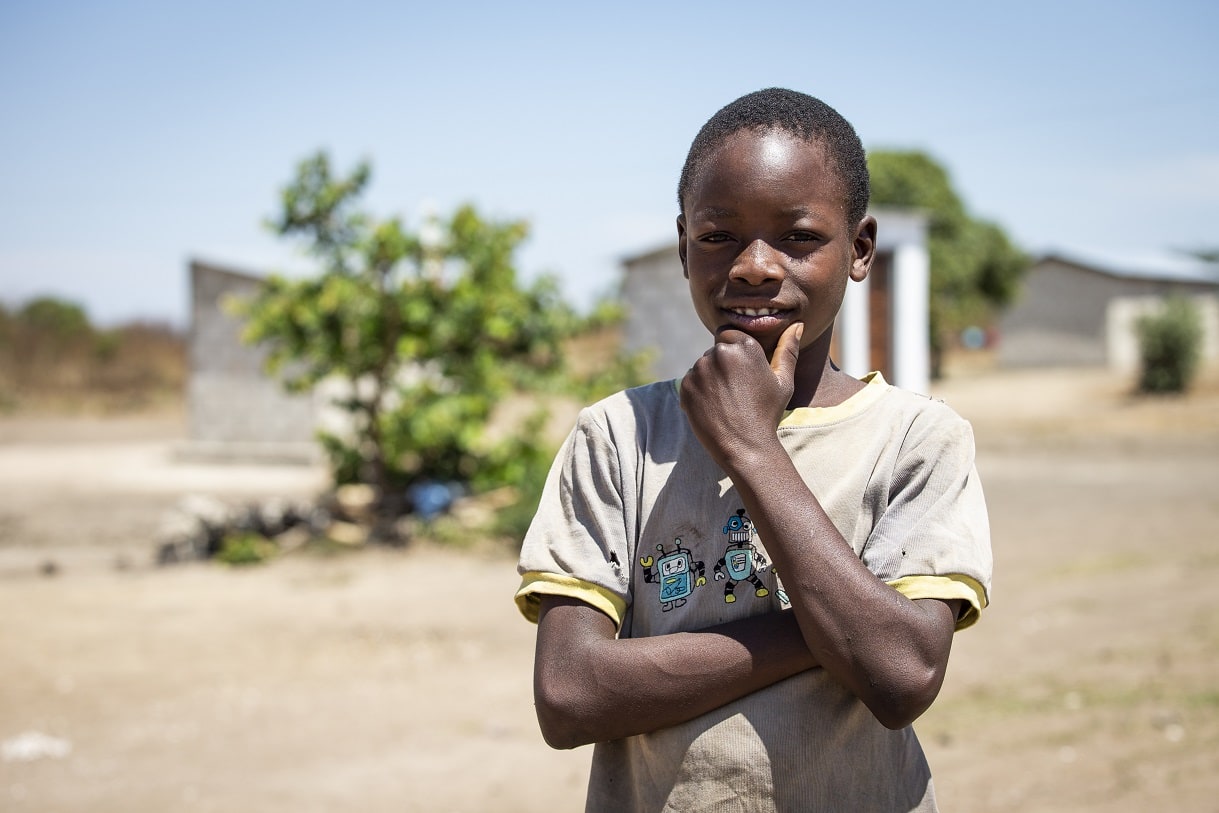 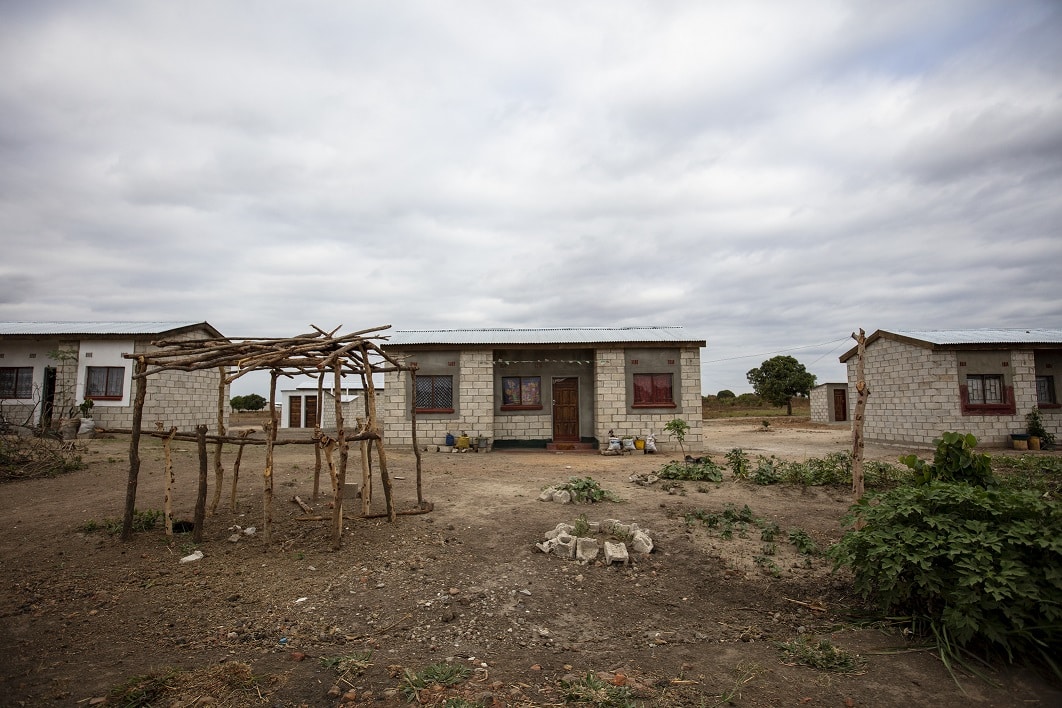 Since the 1960’s, people have been moving to Kauma from rural areas in order to find work. They seek out mostly unskilled labor. Incomes are among the lowest in Malawi, as low as $50 (US) per month. HIV and AIDS have ravaged the community, making them even more vulnerable to infectious diseases.

There are about 7,000 orphans in Kauma alone, placing enormous pressure on families to absorb them and care for them in this community.

Because of its location, Kauma falls outside the normal services the Malawian government provides in Lilongwe and so many people living there lack basic Water and Sanitation facilities. Diseases, when they occur, spread rapidly.

In 2012  in recognition of the critical need to support people living in slums like Kauma Habitat for Humanity implemented a three-pronged pilot project to improve toilet facilities, waste management, and availability of clean water.

The residents of Kauma lack safe and affordable drinking water. The Malawian government concentrates on supplying water, rather than access to clean water, thus leaving people vulnerable to disease.

“We used to take water from the borehole” she said as she wends her way through the market in Kauma towards the water kiosk, carrying a big green bucket that she pays 15 kwacha (about 3 US cents) to fill.

“There were lots of people fighting over the same borehole. People were fighting to get water that wasn’t even clean. But now we have the water kiosk and the situation is better.”

The small fee Maliseni and others pay for the water contributes towards the maintenance of the kiosk and the pump.

HFHM was also instrumental in helping to set up The Kauma Water Users Association.  Its members were elected by the community to oversee all water operations. This includes the selling of water and the maintenance of infrastructure.

The local leader, Chief Kauma, embraced HFH’s intervention. A beneficiary himself, he has worked closely with HFH to expand the program. To date, 130 families now have Ecosan (ecological sanitation) composting toilets—a waterless sanitation system that does not contaminate underground water. In addition, 20 local artisans were trained in Ecosan latrine construction, and 40 community members were trained by HFHM to run hygiene workshops for 1,250 families.

“The toilet (we had) wasn’t built properly and it leaked when it rained. Children would fall into the pit and there would be a terrible accident.The new toilet has really helped.  We don’t have accidents anymore.”

A good example are the Lungu, Ngozo and Maston families.  The 17 people in the three families share one Ecosan toilet.

“We used to get sick a lot.  Now we don’t.  We haven’t had a case of cholera in a long time.  And we make sure that the toilet is always clean to avoid the diseases we used to get with the old toilet.”

The families have also erected a hand-washing system outside the toilet following HFHM’s hygiene training session.

Another benefit of the new Ecosan toilets is their ability to create manure.

Many inhabitants of Kauma were once subsistence farmers. When they moved to the city, they lost access to the vital source of food and income they left behind in their villages. However, there is land in semi rural areas adjacent to Kauma that can be used to grow food.

The Ecosan toilets recycle the contents of latrines which can then be applied as fertiliser for agricultural use. Chemical-free, it uses a biological process to break down faecal matter. After decomposing for six to nine months, the inexpensive manure can fertilize safely fields and avoid the need for expensive chemicals.

Diana Lungu uses the manure to grow tomatoes and pink impatiens in her garden in Kauma and also uses it at her farm in her village. With rising food prices, growing one’s own food is crucial.

“We now have hygienic toilets, clean water and fertilizer,” beams Chief Kauma.  “We still have a long way to go.” 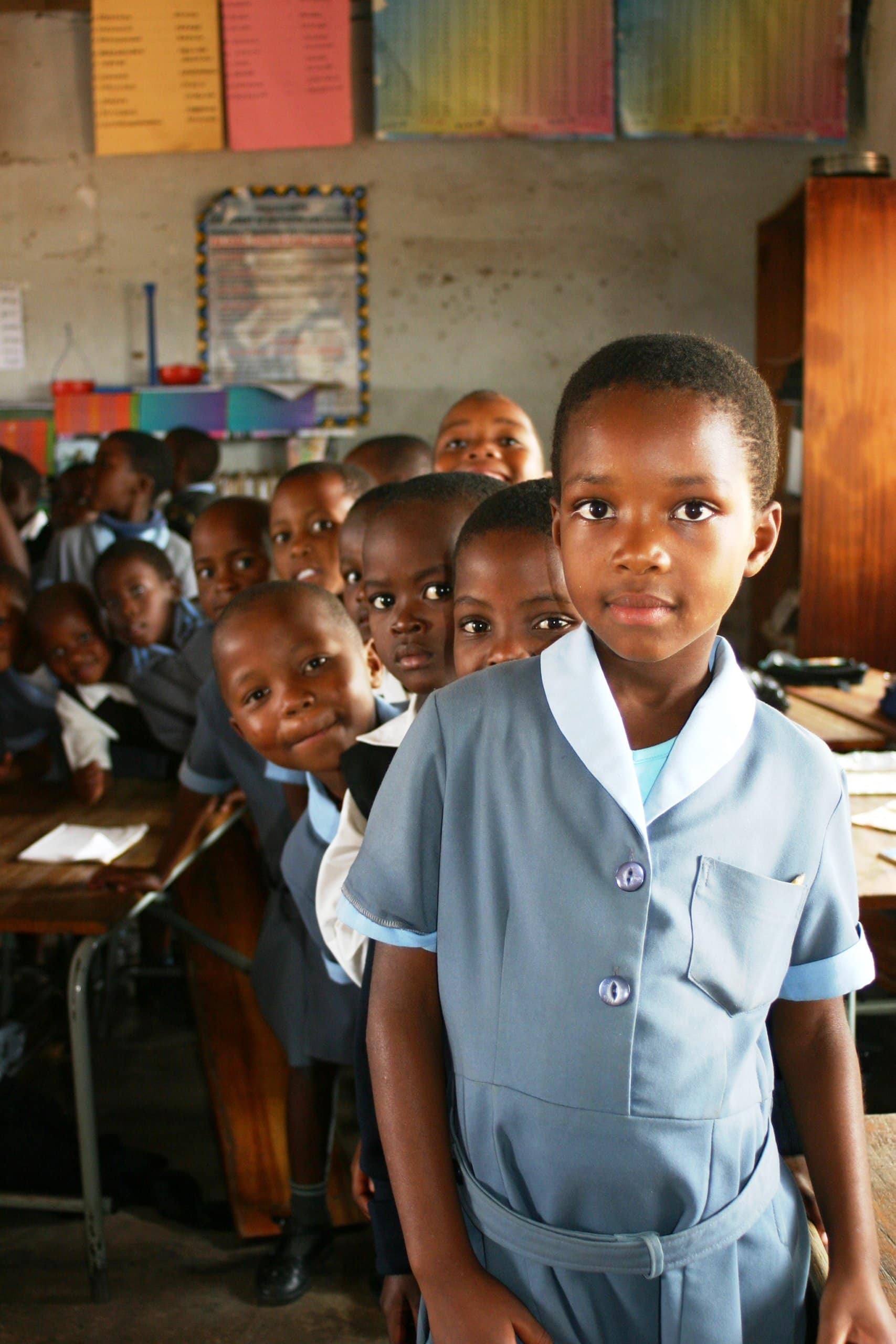 Chikwawa’s Liwiro Junior Primary School in Malawi enrolled 404 pupils in the school year 2018. A year later, 50 more children attended the school. What was the main motivation for parents to send their children to school? It was the fact that their children will have access to safe water and improved sanitary facilities.

“Our enrolment this year has increased greatly, and we expect more pupils at school. No dropouts as we had in the past,” echoed Mr. Paul Valleta, the head teacher for Liwiro Junior Primary School.

With help from Habitat for Humanity, toilet facilities were upgraded from grass thatched toilets, with significant risk of waterborne disease, to ventilated pit latrines. Also, a water borehole was drilled, and five teachers were trained to educate their pupils in hygiene and sanitation habits. These critical trainings will protect them not only against coronavirus but against further infectious diseases in the future. 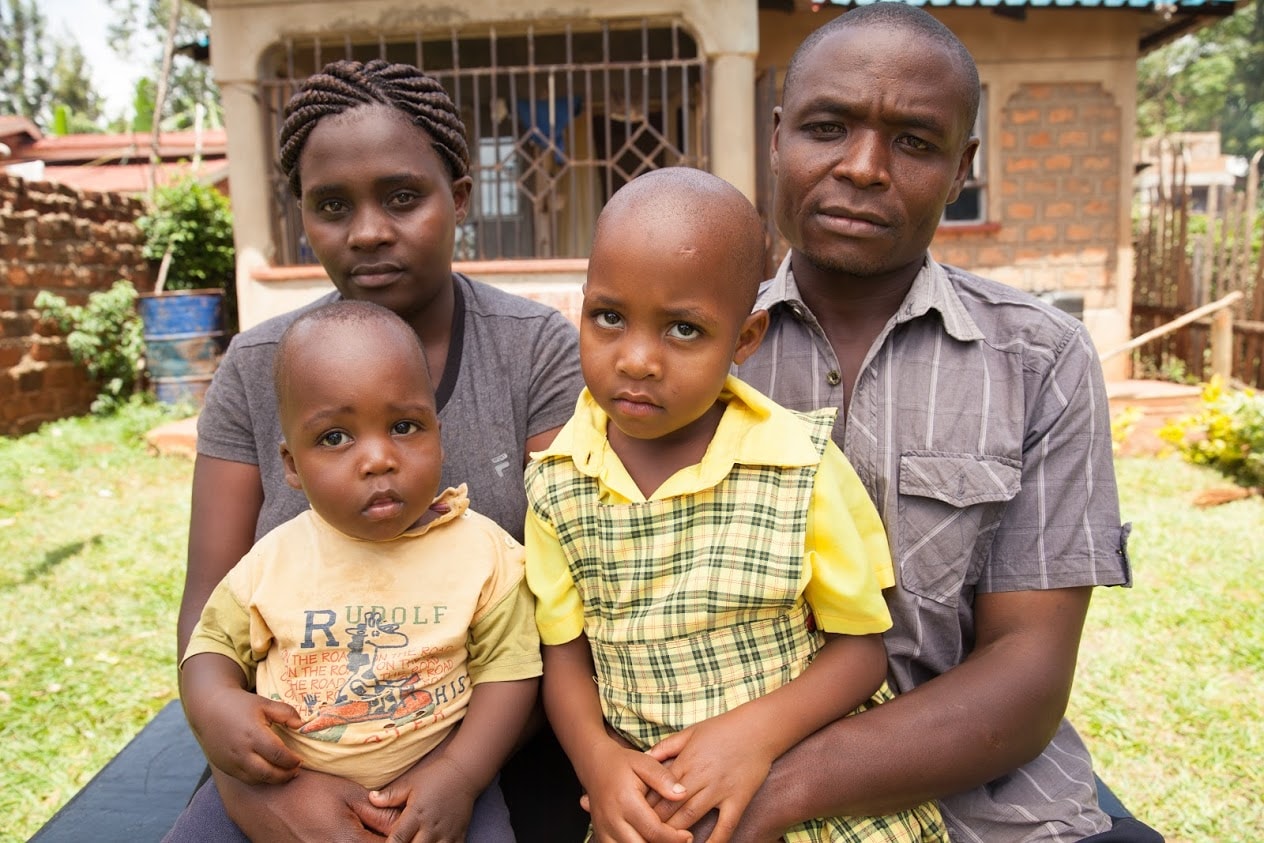 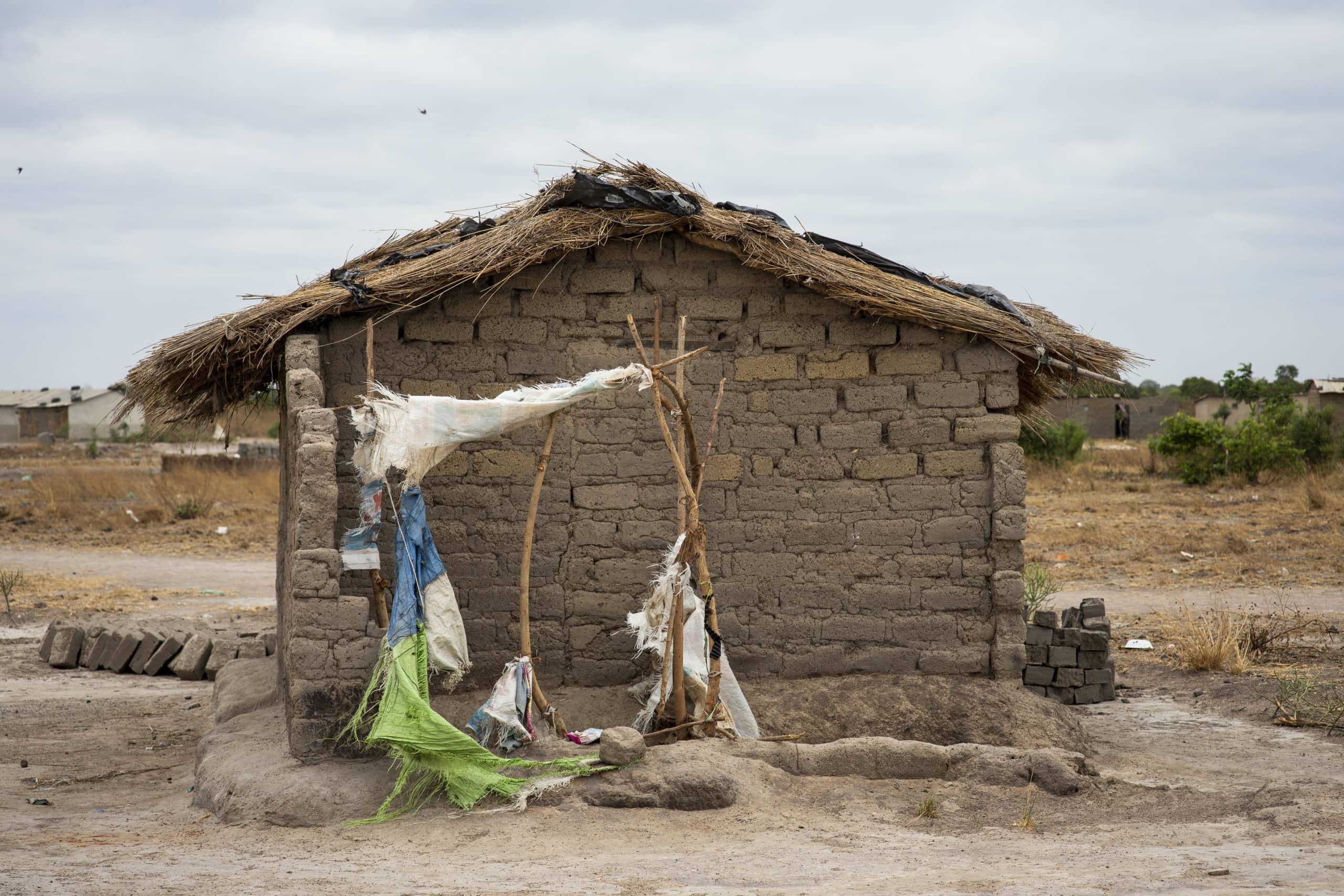 Mtislidza, another slum in Lilongwe city is one of the poorest parts of the city. The community has poor water & sanitation facilities, no electricity and inadequate roads and streets. Over decades, the health of the people dwelling in such parts of Lilongwe has been constantly afflicted by a lack of safe drinking water facilities, sanitation facilities and poor hygiene. Open defecation is rife, because there is no real sewage waste disposal system.

HFH Malawi has worked to improve the well-being of adolescent girls and residents living in Mtsiriza through its Water and Sanitation project. Christina Namutwa, a beneficiary of the project is a single mother and guardian to 10 children. She was identified by the local Health officers and after going through the selection process she was chosen to be among the 37 beneficiaries of the Ecosan latrines that were constructed in Mtsilidza.

In the rainy season her former toilet which she shared with her daughters’ young family would become flooded and make it impossible to use the facility because it was at risk of collapsing on itself. All these times, the family would use the neighbour’s latrine where they could, but otherwise they were forced to defecate in the open. Christina’s family especially the young grandchildren contracted diseases and infections most notably diarrhoea and skin rash which was a big challenge for her because they skipped school and she had to buy medication from the pharmacy because the clinic nearby was usually out of medicine.

“I want to thank Habitat for building me a toilet, I no longer have to live in shame because I did not have a decent facility. My children no longer get sick because of the risk the old toilet posed on their lives. Not only is the toilet beautiful but I can also harvest manure from it and use it in the field which will remove the burden of buying fertilizer every year” – Christina.

The toilets have two chambers so when one is full, the other is used while the full one can be harvested for manure after six months. This means the problem of having to construct a latrine every time it gets full has been eliminated there by preserving land.

Support our Water and Sanitation work around the world today by: