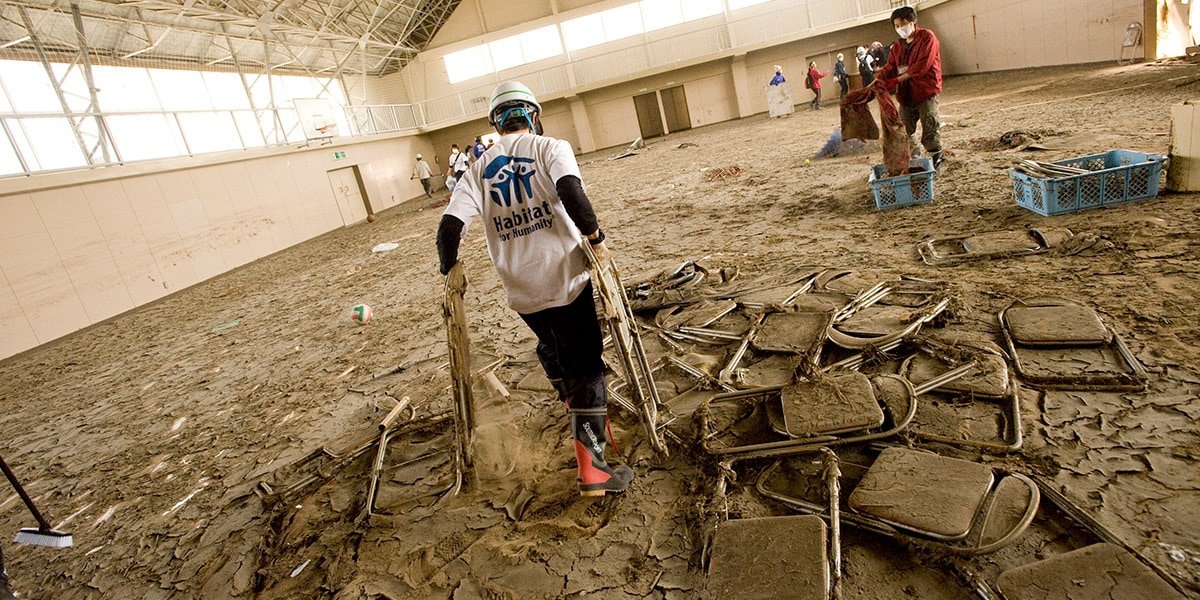 We opened our office in Japan in 2001 to handle the increasing number of Global Village volunteers from Japan and to provide guidance to several campus chapters that had been formed.

In November 2003, Habitat for Humanity Japan was officially registered as a non-profit organisation. HFH Japan’s main activities are in mobilising volunteers for overseas builds and local disaster response efforts as well as raising awareness of Habitat’s work. When disasters strike, HFH Japan also appeals for funds to support rebuilding efforts in the Asia-Pacific region and elsewhere.

Behind its economic, industrial and financial strength, the country is changing. While the people enjoy very high standards of living, the capital Tokyo and Osaka regularly top the rankings of the world’s most expensive cities.

Among the younger generation and female-headed households, social problems ranging from unemployment and poverty are more visible than in the past although less pervasive than in some higher income countries.

How Habitat addresses the need in Japan

In response to the March 2011 earthquake and tsunami, HFH Japan sent volunteers to worst-hit Iwate and Miyagi prefectures to help families rebuild their lives.

In the process, they worked with local governments as well as local non-governmental organisation partners such as Peace Boat Disaster Relief Volunteer Center and All Hands Volunteers. They also initiated a Home Repair project for families whose homes were damaged in the disaster.

Habitat for Humanity Japan launched its first disaster response project after a devastating earthquake and tsunami hit northeastern Japan in March 2011. Locally-based volunteers were mobilized by HFH Japan to clear houses and community buildings of mud and debris.

Habitat volunteers also distributed home starter kits as families moved into temporary shelter and supported the repair of damaged houses through the Home Repair Project. The Solar Home Recovery Project began in May 2013 in Ofunato, Iwate prefecture, to provide sustainable sources of solar energy. In August 2014, HFH Japan responded to landslides in Hiroshima by raising funds and sending staff to assess the damage as well as supporting Hiroshima-based volunteers to rebuild homes.

Each year, HFH Japan sends about 1,000 volunteers overseas on Global Village trips. The top three Asian destinations are Sri Lanka, Indonesia and Cambodia, but volunteers also head to Europe and Central Asia. Habitat also engages young people through campus chapters which have a total of about 1,500 members who advocate, raise funds and take part in Habitat builds in Japan and overseas.