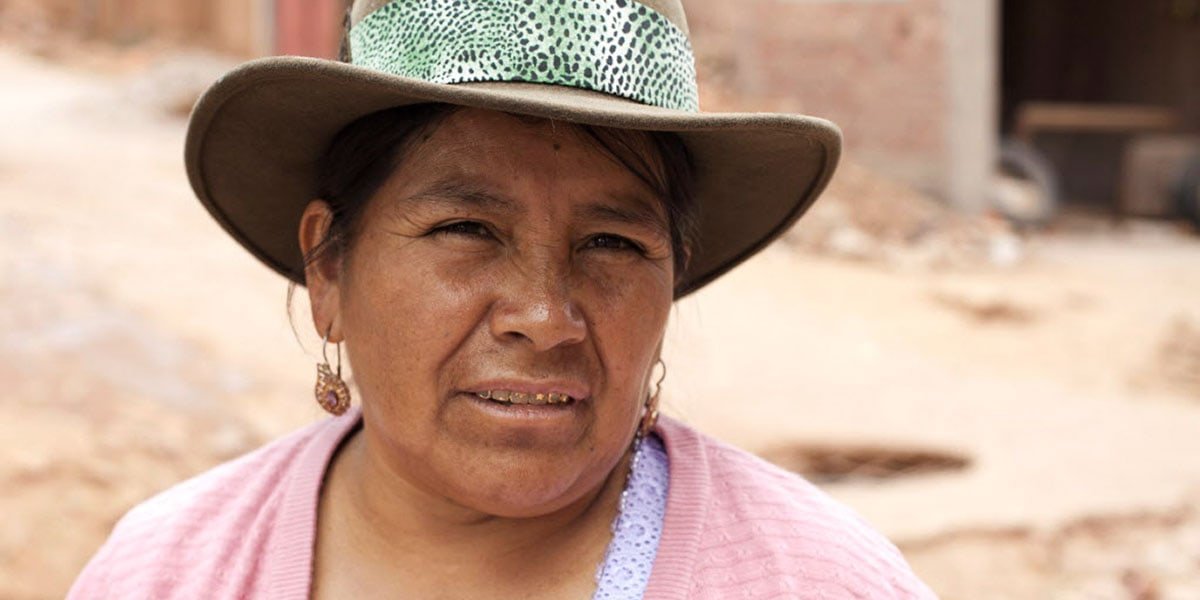 for women and excluded families in Bolivia

We are working to enable women living in the slums of Cochabamba, Bolivia to acquire land and property rights.

This is being achieved by providing them with training in how to advocate for law change and claim their rights, access affordable loans to cover costs of acquiring land tenure, and by working with the local authorities to streamline the administrative procedures. They will also benefit from access to home improvement loans once land tenure has been secured.

In Cochabamba, many economically vulnerable people have migrated to the city in search of a better life.

They have been left with no option but to buy land on the city’s outskirts because land in the city is so expensive. This land is technically classified as rural and cannot legally be sold for purely residential purposes, so when these people purchase land, the sale is not legally binding.

In Cochabamba, this practice has created several problems for the new owners of the land and has placed women-headed households in a particularly vulnerable position.

For example, many households face eviction because the original owner sold land to a land estate trader who subdivided the plot and ‘sold’ the land on to them. The final sale is not legally recognised as it is for residential use so there is no way for the families living on the land to have their rights protected through registration at the Office of Property Rights. The land estate traders can also force families to pay further costs for the land than was originally agreed and threaten them with eviction if they refuse to pay.

All of these problems stem from the fact that the legal system in Bolivia does not formally recognise these families’ ownership of the land on which they live. The policy process for land and planning in Bolivia is vastly under-representative of women and does little to address the problems faced by women-headed households.

To address these issues, our project in Bolivia aims to:

In 2011, Habitat for Humanity in Bolivia set up the ‘School of Women Leaders on Secure Tenure’. The schools are set up in different communities in District 9 and act as hubs for knowledge on rights, responsibilities, and barriers to accessing secure tenure. By June 2013, approximately 275 women and 31 men completed training in:

By participating in the School of Women Leaders on Secure Tenure programmes, women (and men) have been able to:

The School of Women Leaders on Secure Tenure has also led to the creation of the ‘Women’s Network’. This is a women-led network designed to further amplify the impact and results of Habitat for Humanity’s project through social and political arenas. Currently the network has approximately 30 members and continues to maintain a dialogue with relevant authorities (including the Pluri-National Legislative Assembly and the Vice-Minister of Housing).

In March 2012, Women Leaders from this network made a presentation to the Plurinational Assembly (Bolivia’s national legislative body). They proposed a change to the land tenure law to recognise women’s land rights. The proposed change was made to the law; it was passed by the legislature in May 2012 and signed by the President on 5th June 2012.

The law now states that when a family owns a piece of land, it should be registered in the names of both husband and wife or both partners if unmarried. Previously, land would be registered only in the husband’s/man’s name with no legal recognition for his wife. The Women’s Network are also in discussions with the Housing Agency in La Paz to support a subsidy for gaining land rights and working with other local and national women’s networks to develop a proposal for a non-discriminatory urban housing law.