Why are communities in disaster-prone areas reluctant to relocate to safe havens?

A Feasibility Study commissioned by Habitat for Humanity Malawi as part of our Lloyd’s Charities Trust funded Build Back Better Programme, has identified the barriers to relocation of communities living in flood disaster-prone areas in Malawi. The findings will now help Habitat Malawi to i) develop a training programme to build awareness of flooding vulnerabilities and ii) design rescue centres for families to access training and materials to ‘disaster proof’ their homes and seek refuge during emergencies.

Climate Change and Floods in Malawi

The impact of climate change on Malawi is extremely severe and the country has experienced a number of adverse climatic hazards over the last several decades. Dry spells, droughts, and floods have increased in frequency, intensity, and magnitude. This has created long-lasting impact to the country’s economy because of the damage to the agriculture industry, energy industry, fisheries, wildlife, and forestry. It has also impacted the provision of clean water and good quality healthcare. Finally, it’s also creating a long-lasting impact on the educational and economic outcomes of Malawi’s children, especially young women. Long bouts of absence from school both during the emergency and the recovery period mean children’s education is badly affected. This is particularly difficult for girls, who already have other reasons why they drop out of education, such as inappropriate facilities once they start menstruating.

Floods in Lower Shire Valley occur almost every year causing damage to property and infrastructure such as roads, railway lines, bridges, buildings, and to a large extent, washing away of villages, and in some situations, it also leads to loss of life. Flooding happens regularly in the same areas, causing compounded devastation and this is exacerbated by poor land and water management, and inadequate farming systems at macro and micro levels.

On the 5th of March 2019, a Tropical Cyclone (Idai) that was formed in the Mozambique Channel, diverted to Malawi causing heavy rains and strong winds, leading to severe flooding across districts in southern Malawi. Just under a million people were affected, and over 85,000 were displaced, with over 50 deaths and 600 injuries recorded according to the Government. In Chikwawa, one of the most severely affected regions, 16,000 households were displaced. 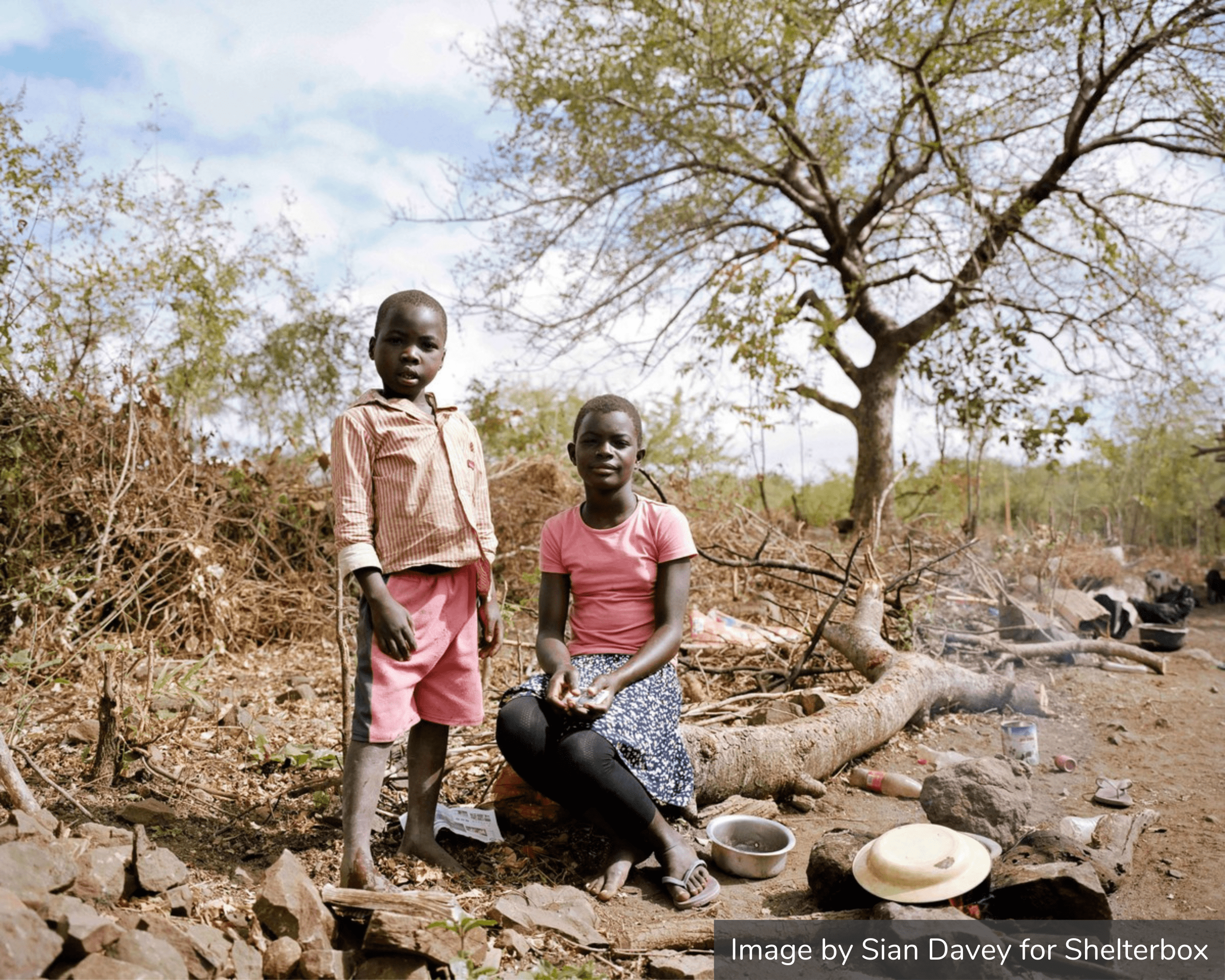 Why families choose to remain & identifying need for and scope of rescue centres in Chickwawa District.

More than 50% of the population in Chikwawa live along rivers and are exposed to natural disasters such as cyclones, storms, and floods. Government policy has been to encourage the relocation of people away from the immediate riverbanks to higher ground, because of the risk of flooding. However, some people still remain in these flood disaster-prone areas.

Our Feasibility Study looked at establishing what is preventing poor communities from relocating in order to better influence and advocate for better housing in their areas.

Studies like these by Lloyd’s Charities Trust are vital, as they help us to better understand why people make the decisions that they do. And if we come from this place of understanding we’re better equipped to work with these communities and co-create projects or interventions which reduce this risk. 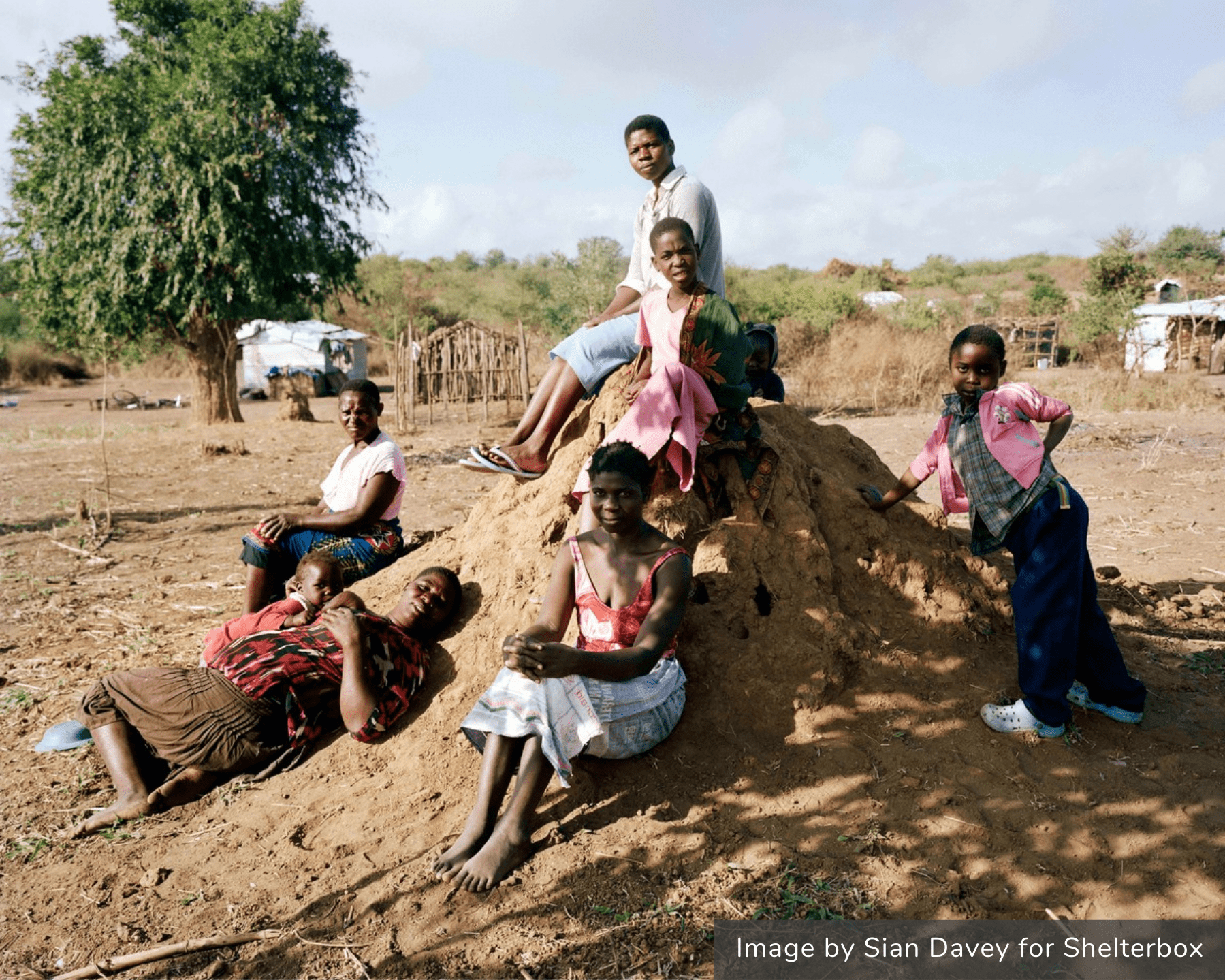 Limitations to employment and income.

Customary and traditional farming practices in Malawi rely on dambos, which are complex shallow wetlands farmed in higher rainfall plateau areas. People in these communities make a living from farming and fishing in the existing flood-prone areas. They are reluctant to move out of these places for fear of losing their only lifeline and income source.

One of the respondents in Tomali remarked that:

“…we are used to our ways of farming practices here, we are familiar with no tillage, no use of fertiliser yet we are able to harvest something for ourselves…if we go to new places that rely on fertilisers and the like…in the safe haven we cannot survive…so we backslide from moving to new areas though deemed safe…” 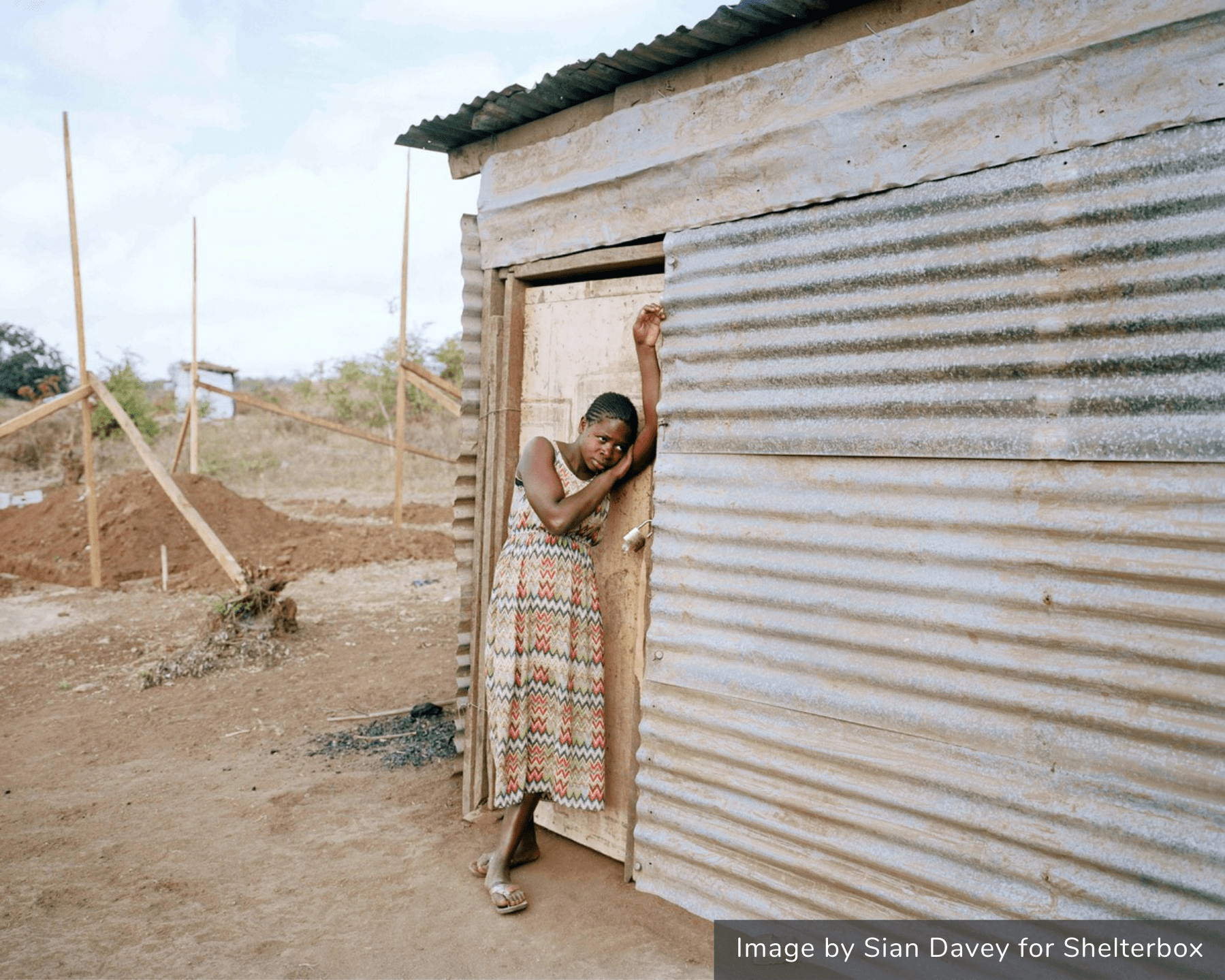 Many families already have a second place to shelter, when flooding is extreme.

For survival, most of these families have two homes, one in the upland and the other in the low-lying places where their crops are being farmed. These are the ones that are frequently damaged during disasters.  Unfortunately, because the rains and flooding occur in the same areas repeatedly, people’s lives, farms, and spaces get increasingly damaged with every flood, leading to further disasters.

One official in Chikwawa warned that:

“…some communities which used to follow the same farming practices, Mwalija and Phimbi, based on an island on Shire River, had to relocate permanently after suffering extreme and severe damage to property and loss of life in 2015…”

Strong social/historical/cultural connections to the flood-prone areas are reinforced by heritage.

For many, a disaster-prone area is also where their ancestors have been living for generations. Abandoning the place where they grew up would leave them uprooted. For these communities, the risk of natural disasters is preferable to a loss of place and culture from which there is no recovery.

One of the respondents in Bester II village stated that:

“…some of us are stuck here and cannot leave this land because it is our ancestors’ land… we cannot surrender such land with history of our clan to the community leadership...”

Some community members interviewed were simply unaware of the risk they faced. But even after having discussed the dangers of living in a certain area, one informant of Chabuka Village said: 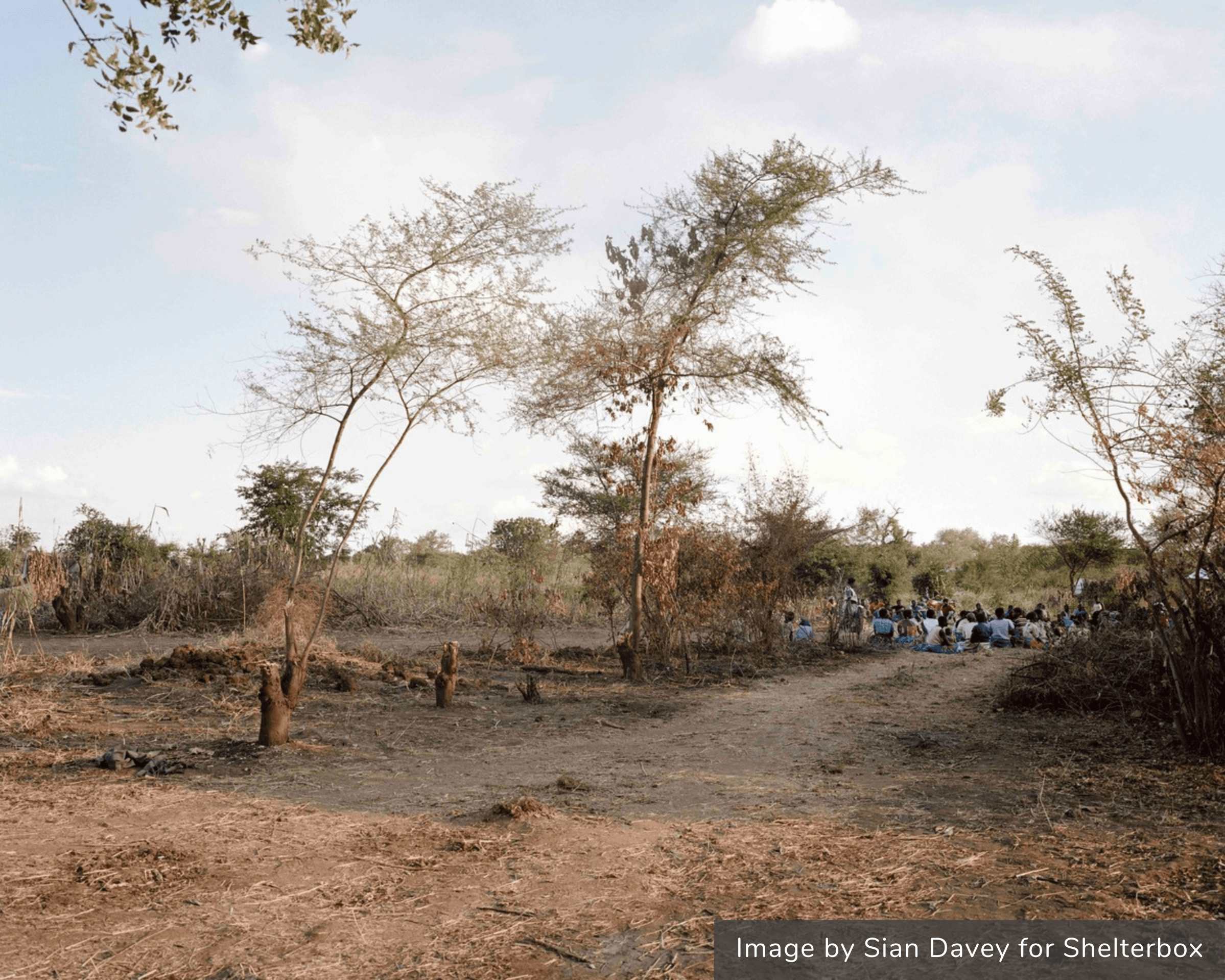 There is already high pressure on limited agricultural land. Most communities regularly impacted by the cycle of floods and droughts have no alternative place to consider. They remain stuck in their existing locations, constantly exposed to disasters. There is a commonly perceived concern that people who are living in high-risk areas, will not be encouraged to leave when the floods arrive since by doing so, they may eventually lose access to their land.

“…we have nowhere to go because this is the only land, we have from our forefathers…”

Lack of resources to relocate and build another or similar house.

In this part of Malawi, people are used to the annual patterns of flooding and droughts. Severe disasters are perceived as rare, despite the fact that they occur more frequently as climate change intensifies. This means that the notion of danger does not easily sink in. If people cannot learn from experience, they do not know how to protect themselves, especially without appropriate early-warning systems. For example, without taking part in an evacuation exercise, people would not know where to go. And even if they knew, often there are no financial subsidies for relocation or reconstruction.

Fear of losing power and authority by local chiefs

“…. for fear of being demoted as local leaders when we relocate to other jurisdictions…because there is no guarantee that I will remain the chief when I move”.

The more people that are in a community of a local chief, the more power the chief has. And this is why chiefs tend to discourage movement so that they won’t lose their power and authority.

“Most people who live in places that are exposed to serious hazards are aware of the risks they face, including earthquakes, floods, and droughts. Yet they still live there because, to earn their living, they need to or have no alternative. …rivers are good for fishing and farming; valley soils are very fertile; drought alternates with good farming or herding. Culture and beliefs, for example, in spirits or gods, or simple fatalism, enable people to live with risks and make sense of their lives in dangerous places. Sometimes, though, unequal power relations are also part of the culture, and those who have little influence must inevitably cope with threatening environments…” 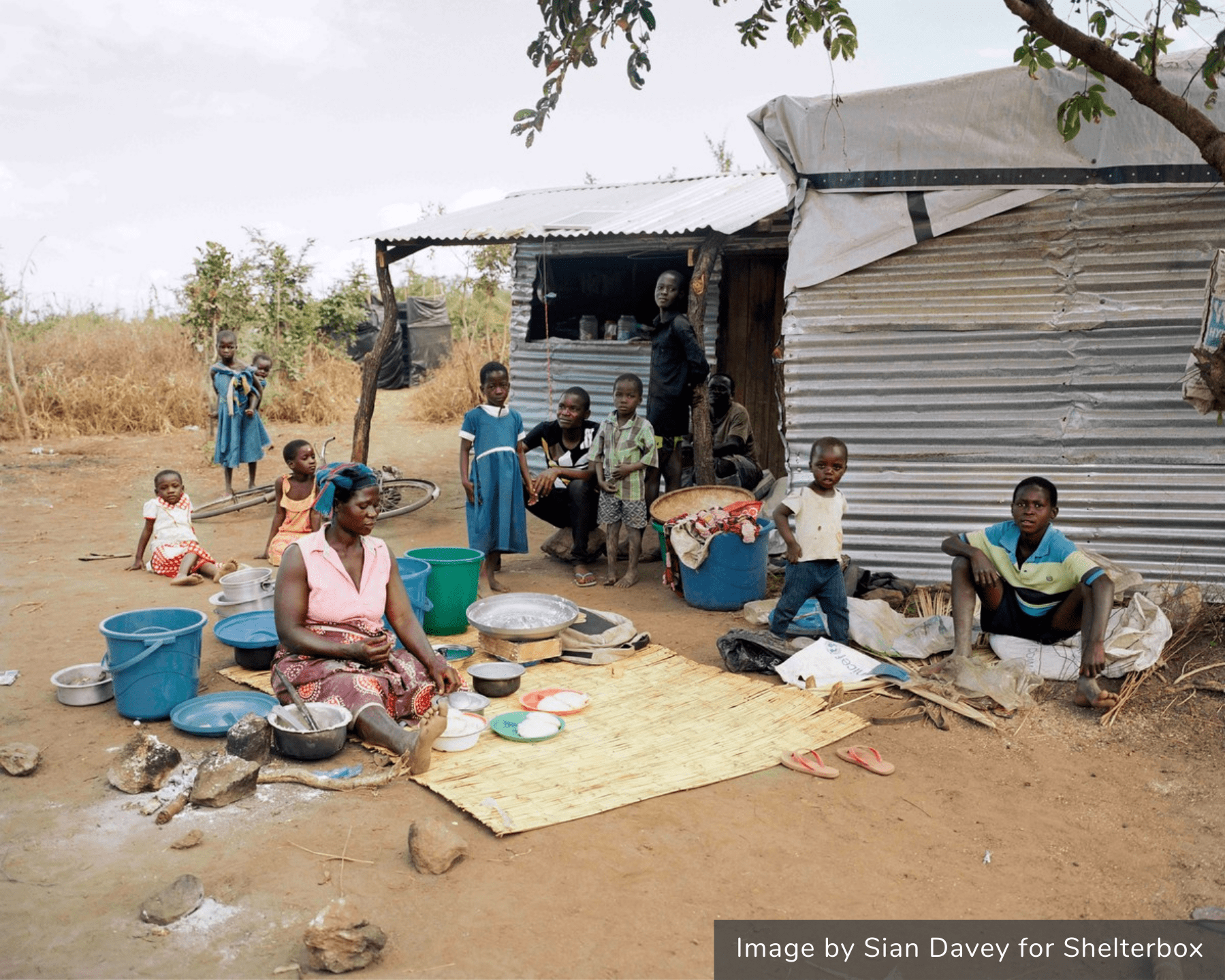 The main barrier that prevents poor communities from adopting better construction methods is poverty. These households have no access to proper housing materials or resources.

In most cases, our study showed that communities are aware of preventive methodologies to improve their homes. Lack of resources is the main obstacle to adopting them.  The communities are willing to construct according to safer housing guidelines. However, this can only happen if the materials are easily accessible and affordable. Currently, apart from Habitat for Humanity and other shelter NGOs working in the district, no one has been able to tackle housing quality affordably or at scale.

Our Partnership with Lloyd’s Charities Trust

Our findings will help Habitat for Humanity Malawi, and our partners to:

Our programme will continue with the design and construction of rescue centres where families can shelter in emergencies and access the knowledge and resources they need to disaster proof their homes.The project will benefit 20,000 individuals by improving community resilience, providing technical advice and material support to ensure disaster-resilient housing construction, while 36 of the worst-hit families will gain access to a secure shelter.

You can find the full Feasibility Study by Lloyd’s Charities Trust here.

Support our work around the world today: