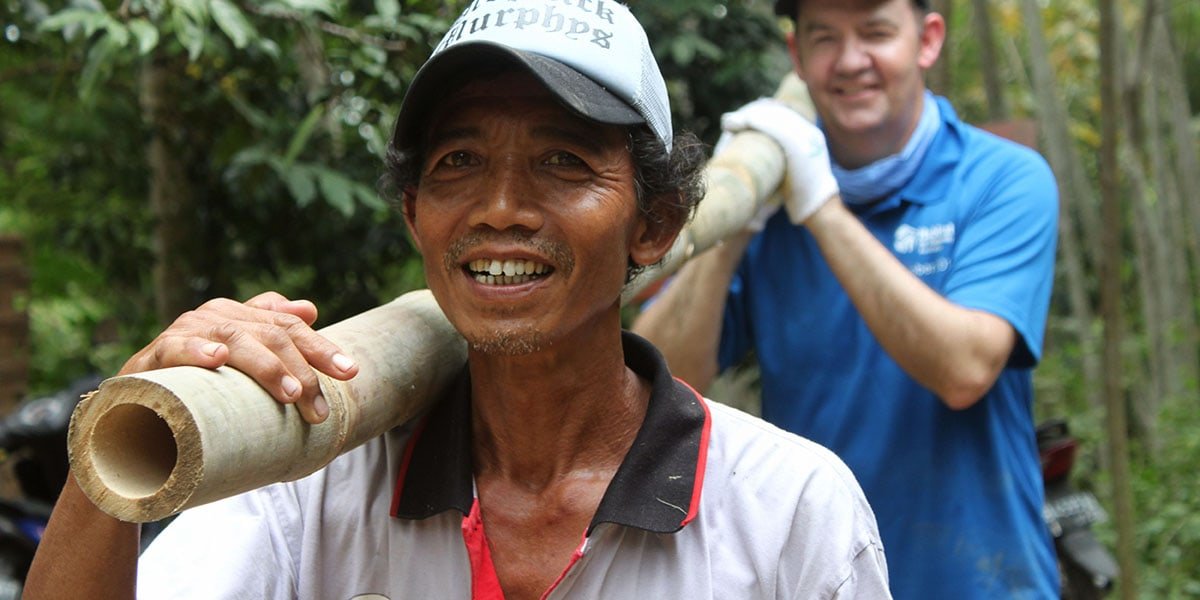 We started working to tackle housing poverty in Indonesia in 1997 and currently work in 13 provinces.

Our largest programme was rebuilding after the December 2004 Indian Ocean tsunami with more than 8,000 families helped. The increase in capacity enabled us to respond to other disasters as well as reach out to more families in need through “I Build My Indonesia” campaign.

We aim to provide an additional 60,000 Indonesian families with decent homes by 2018.

Indonesia is the world’s most extensive archipelago with more than 17,500 islands. Despite significant economic growth, more than 28 million Indonesians are living below the poverty line, according to World Bank data.

These families face much greater hardships in times of economic downturns or natural disasters.

Far below the poverty line

Indonesia is prone to earthquakes and volcanic eruptions with droughts, flooding, and mudslides expected to worsen due to climate change. Currently, nearly 70% of low-income housing is built by the families themselves rather than by the government or private developers.

Almost 25 million Indonesian families live in urban slums with many others settling along railway tracks and riverbanks, and on streets.

How we address housing poverty in Indonesia

We strive to provide housing solutions which also address the collective needs of a community such as health and education.…

We strive to provide housing solutions which also address the collective needs of a community such as health and education.

In disaster-hit communities, we not only rebuilds homes but also trains people to prepare for and lessen the impact of future natural disasters.

International and local volunteers contribute time and labour while families also help build homes with their own hands.

In Indonesia, Habitat houses usually range from 25 to 30 square meters in size. Concrete blocks and plywood with wooden frames are used in the houses which have cement slab foundations and clay-tiled roofs. With Australian funding, we have also built 231 homes with water and sanitation facilities for internally displaced families in Bitung. Another 120 houses are under construction.

We tap on the expertise built after the December 2004 Indian Ocean tsunami to respond to disasters. Responses included the January 2013 flooding in Jakarta, the tsunami in Mentawai islands, off the coast of Sumatra, and the eruption of Mount Merapi in Central Java in October 2010, the earthquakes that struck West Sumatra and West Java in September 2009, and Yogyakarta in May 2006. Homes are not only rebuilt but communities are trained to be prepared for disasters and to reduce such risks.

Housing micro-loans for the poorest

Our team in Indonesia works with partner microfinance institutions to help low-income families gain access to decent housing. These partners give out affordable loans for building houses while we provide technical expertise. In 2013, about 600 low-income families received financial education to help them realise their housing goals.

Due to its proximity to Singapore, our Indonesian branch on Batam island hosts a constant stream of volunteers from the republic who take part in Batam Builds over a weekend. 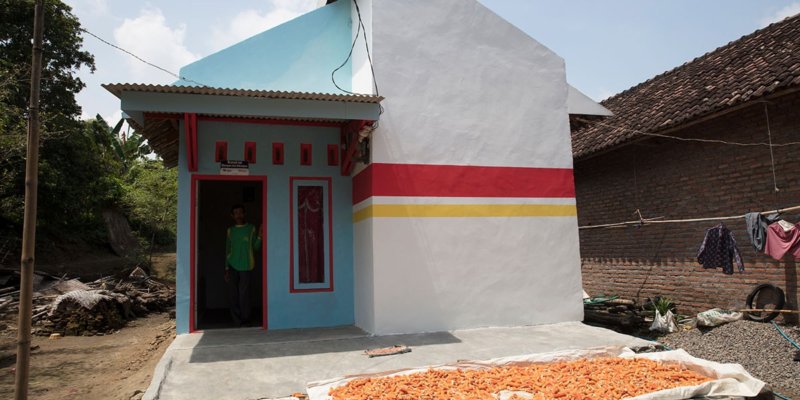