At the end of 2015 leading housebuilder Miller Homes committed to raising £100,000 for Habitat for Humanity in 2016. It’s now a year on, and the team have more than doubled their goal, making 2016 a year they won’t forget.

“My team have absolutely bought into this from Edinburgh down to Portsmouth and everywhere in between” (Chris Endsor, CEO Miller Homes)

Everything from marathons to pigeon-racing

“The fundraising has been everything from traditional sponsored walks, runs. We’ve done two marathons, London and Edinburgh, to bizarre events like pigeon-racing, cake-baking. We’ve had to get one of my sales director racing a train. He then did a tough mudder and he then ran up Snowdon in absolutely appalling weather. We’ve had Gus, my colleague in Scotland, doing 100 rounds of golf in a day and raising a hell of a lot of money through sponsorship.”
(Chris Endsor, CEO, Miller Homes)

Most notably, in October 2016 a team of 17 went to Malawi and built 4 homes for 4 vulnerable families in just under a week. They worked alongside the local community, building homes side by side with the beneficiaries.

“Don’t be nervous. Honestly, just do it. It’s just… Like I said it’s very, very difficult. It’s very emotional. And there are going to be difficult days. It’s very physically hard and tiring. But no, anybody that’s considering doing it, just do it. Absolutely do it because it will change your life.”
(Emma Bartle, PA)

The Miller team have spread their story out into the local community, for example at Newbottle Primary academy, where the team hosted an assembly to share their experience and opened “Hope Shelter”, a safe space for the children that represents our mission at Habitat for Humanity.

“The Hope Shelter is a welcome addition to our school playground and we are delighted to have accepted this from Miller Homes. The whole experience has been extremely beneficial for our pupils who have gained an insight into the important work which Habitat for Humanity does. As a school we fully support Miller Homes” fundraising efforts for the charity – a very worthy cause.
(Mrs Shield, Head Teacher at Newbottle Primary Academy)

To top it off, to finish the year the team hosted a series of charity balls, which blew their target over the £100,000 mark and brought teams together to celebrate their incredible achievement.

To experience the benefits of partnering with us, contact Katie, our Senior New Business Officer: kchedgey@habitatforhumanity.org.uk.

Don't hesitate. I can stick my chest out and say we've set the bar really high but I challenge you to raise it higher. And I'll be the first to take my hat off to you if you do. Chris Endsor, CEO Miller Homes 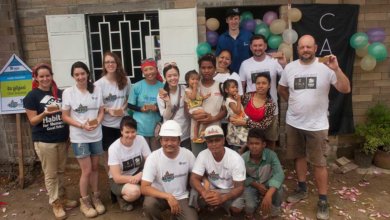 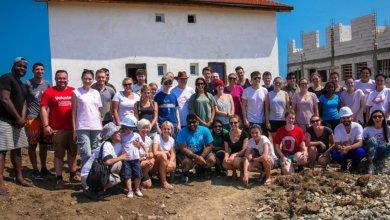