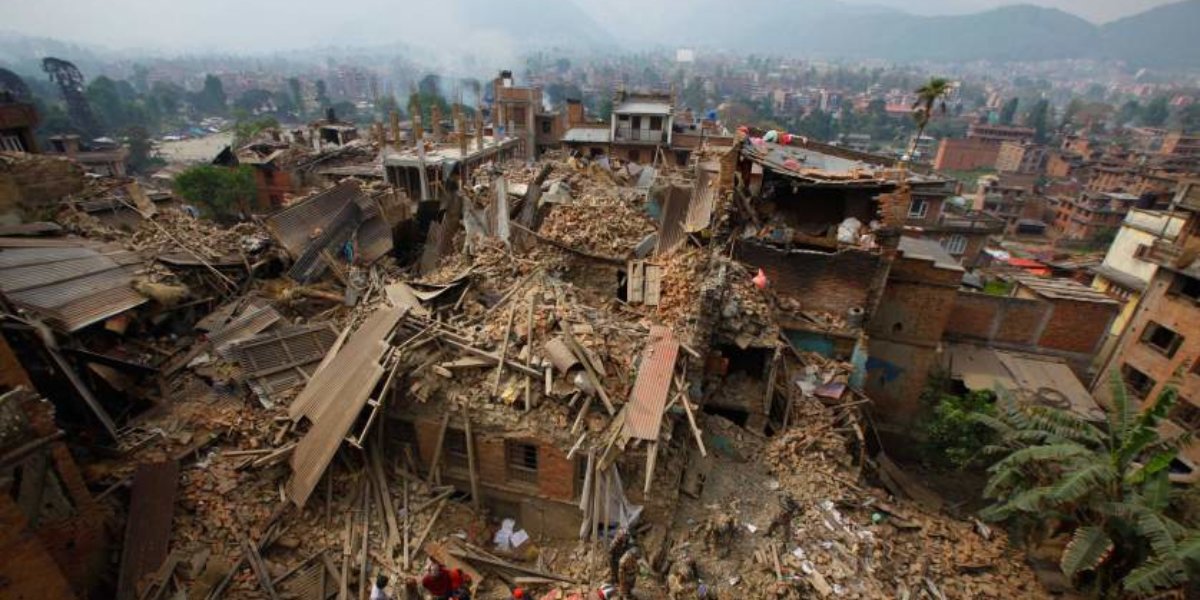 A Global Village volunteer who was out in Nepal at the time of the earthquake and has since been evacuated, tells her story.

My phone thinks we are in Nepal. Time remains stubbornly at 10am while it is only a quarter to six in the Netherlands. If I want to check the weather on my phone, I only see the temperatures in Kathmandu, Pokhara, Dhawalari Zone, not in Amsterdam. Cloudy and 17 degrees. In Panauti, where we would have been building, there are lightning storms.

On the radio and in the newspaper, we hear about all the terrible news. Only now does it dawn on us how bad it was, is, and will be. Roads are impassable and it is uncertain when the next time will be when there will be enough food and water. The risk of epidemics is increasing by the day. The hotel where we would have stayed during the build, is damaged.

In Panauti, where we would have been building, there are lightning storms.

Today would have been our fourth day. We could not travel to Panauti, because there may have been aftershocks for weeks after an earthquake. Of these, we seem to have experienced at least a hundred during our short stay. Some are so light that you hardly feel them, others were 6+ on the Richter scale.

We were in Kathmandu for three days in total, partly in the hotel and if it was not safe to stay inside, we went out. A few times we were directed to an open field where dozens, maybe hundreds, of Nepalese camped for several days under makeshift tarpaulins. There we were, large, pale European women and boys, on the ground among the victims. My body feels like I’ve been a few days in a boat at sea.

Thanks to the efforts of Margo, both mother and team leader and the people of Habitat Netherlands, we could all return to the Netherlands on Tuesday morning. With very mixed feelings. Glad to be safe and to see loved ones, sad for Nepal, frustrated because we could not build houses. The plaster on the wound was that we do have a substantial financial contribution to the work of Habitat, for the construction of houses in Nepal.

Yesterday we had a conversation with Yvonne Marcus of the Institute for Psychological Trauma, where one of the mothers works. The boys were initially a bit uneasy with the session. We have reconstructed the story from A to Z, everyone gave pieces of the puzzle until it was more or less complete. What did you hear, see, feel, smell and think? When the boys were playing football (in Nepal they really missed their football), the mothers kept discussing. Talking helps us, and sometimes tears flow. Boys play football and sometimes they suddenly argue with their mother or crawl in your bed at night.

That’s how things go, I guess.