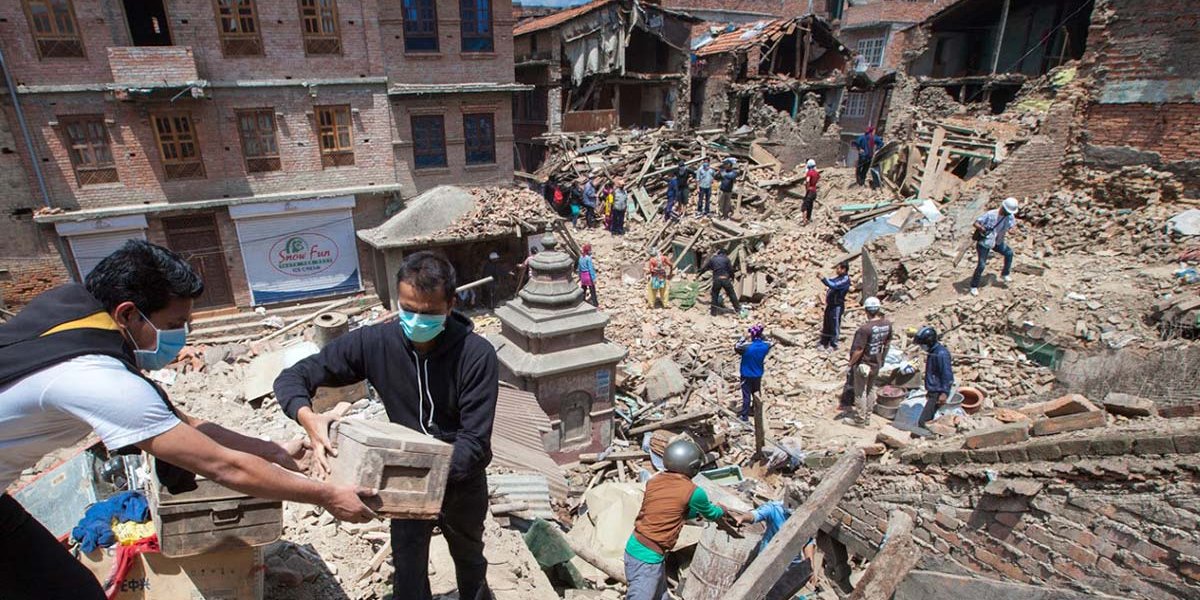 Rebuilding progress report, one year after the 2015 earthquake

One year has passed since a devastating magnitude 7.8 earthquake struck Nepal on 25 April 2015, with the epicenter about 80 kilometers northwest of the capital, Kathmandu. This was the worst natural disaster to hit Nepal in decades.

Only 17 days later a second earthquake of magnitude 7.4 hit near Mount Everest, taking more lives and destroying more homes. According to government estimates, the earthquakes have:

With the situation dire, the Nepal government declared a state of emergency, and appealed for international aid. Along with other agencies, we answered the call to assist the people of Nepal.

As the emergency phase ended, our programmes shifted into reconstruction. Engineers completed safety assessments on damaged homes. Initial construction began on permanent homes in the community of Pipaltar in Kavre district. In addition, 116 trainers and 632 people in affected communities received instruction on the Participatory Approach for Safe Shelter Awareness.

Overall in the first year since the two Nepal earthquakes, we provided assistance to more than 43,700 families through various disaster response programmes.

As the construction on houses began, the security and economic situation in Nepal took a difficult turn. Civil unrest and blockades created access problems, closing off supplies of fuel and building materials. As a result, construction on permanent housing and other programmes was delayed, and then had to be suspended for several months. 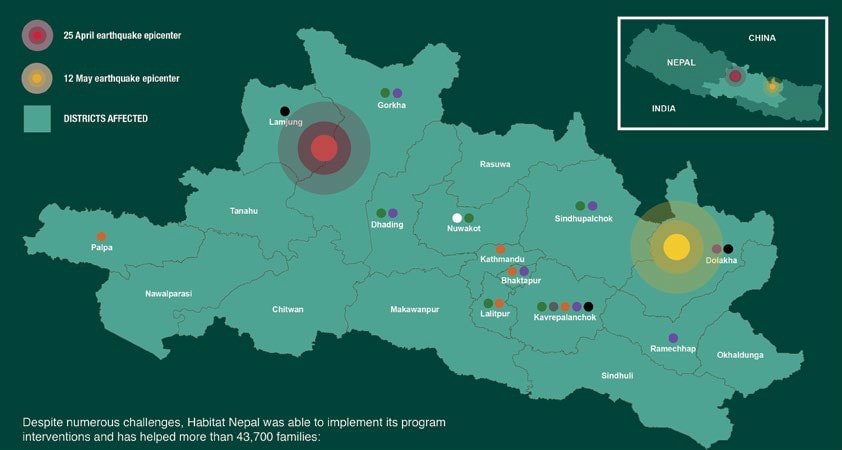 Gradually the demonstrations and blockades began to subside in February of 2016. Businesses reopened, transport resumed, and supplies of fuel and construction materials were once again brought into the country. As the situation stabilised, all of our programmes resumed.

With these improvements, our Global Village volunteers have since returned to Nepal, and housing construction has been restarted.

Looking ahead, we anticipate the completion of construction on 87 houses in Pipaltar by March 2017, and have finalised the organisation’s new “Build Nepal” strategy. The vital sectors we plan to support include:

These four pillars will uphold an overarching participatory approach, and put households and communities in charge of rebuilding their own homes.

The “Build Nepal” strategy aims for a long-term, post-earthquake recovery programme of five years. We hope to to directly support more than 10,000 severely affected families in 15 communities or Village Development Committees with an estimated project implementation cost of US$ 15 million. However, our current secured funding of US$ 3.375 million allows only for a two-year project covering approximately 4,000 families in five communities in Kavre and Nuwakot.

We need your financial support to make the full scope of “Build Nepal” a reality.