What is a slum?

Definition of a Global Housing Crisis

Building the right definition of a slum is key to properly understand and tackle the problem of these unsafe informal settlements. Before looking at what a slum is, let’s review the facts behind the growing global housing crisis:

Slums represent one of the main types of housing in many growing urban cities from Kibera in Nairobi, to New Delhi and Manila. The effects of poverty related to the growth of slums span everything from poor health to education.

As informal (and often illegal) housing, slums are often defined by:

As such families living in slums lack the crucial conditions they need to live decently and thrive as human beings. Children are very often unable to do their homeworks due to leaks and the lack of available light and electricity. Therefore these children tend to perform much worse at school and their drop-out rates are much higher than anywhere else.

Finding a definition of slums: a growing problem

Today, the current population growth is outpacing the rate at which cities can respond to the need for housing. This is the very condition under which slums thrive and grow out of control.

As the world urbanises, many low-income families are often evicted by force and pushed to the edge of cities to unplanned and poorly serviced areas. 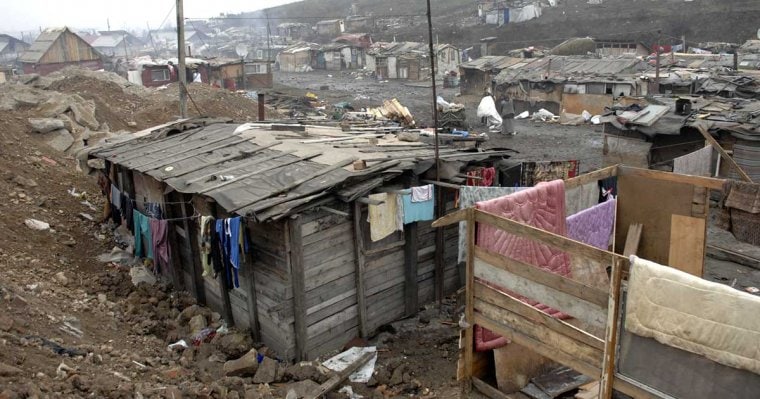 This is why we campaign for land reforms in dozens of countries around the world. As climate change is starting to affect everyone, and poorer tropical countries first, many families living in slums have to cope with an increasing number of typhoons and thus are forced to rebuild their homes every year – sometimes several times a year.

Many governments refuse to see slums as such or to recognise their existence, since technically those families’ homes aren’t registered on any documents. To others, certain settlements deserve more attention because the living conditions and quality of the buildings are much worse than in other areas (which, nonetheless, still match the definition of a slum).

What is a slum: facts and risks

To better understand the living conditions in slums, it’s essential to look at the health hazards that people are faced with. Life in the slums is far from glamorous as families are cut off from the most basic services and often have to deal with violence.

Because unplanned settlements are typically not connected to basic services such as clean water, sanitation and hygiene facilities, residents are at great risk of contracting water-borne and respiratory diseases (e.g. due to the lack of windows and air vents).

High population density, lack of proper toilets and close proximity of homes allow diseases to spread quickly. This creates a real risk for large populations who are often unable to access adequate health facilities to get treatment in time.

Emergency and law enforcement vehicles have difficulty navigating through unplanned settlements due to tightly woven pathways and few signs, resulting in difficulties monitoring and controlling crime and providing health services.

Poor community planning and structurally unsound construction create hazards for inhabitants, which are exacerbated in many unplanned settlements by floods, fires and landslides.

Perpetuating the cycle of poverty

High rates of illness within slum communities cause a decline in productivity and prevent children from attending school normally. For those who can, studies have shown a clear decline in performance at school and a much higher drop-out rate due to poor health. The lack of space and light to do their homework is also at cause.

On top of that, workers are often marginalised from the formal economy, as the lack of a formal address is an obstacle to gaining employment. Working in the black market only exacerbates their situation, making them more vulnerable to exploitation and work-related accidents.

As people attempt to meet their immediate need for shelter, many low-income urban dwellers end up with poorly constructed shelters in locations that are unsafe and highly vulnerable to disasters and other types of environmental degradation.

Without secure land rights, many people living in poor urban conditions are discouraged from investing limited financial resources into improving their housing or adapting it to be energy efficient, given the ever-present risk of eviction.

Habitat for Humanity have become good at persuading governments to provide the small sums that will help slum-dwellers improve their homes with such things as indoor toilets. The Economist

How we tackle the growth of slums 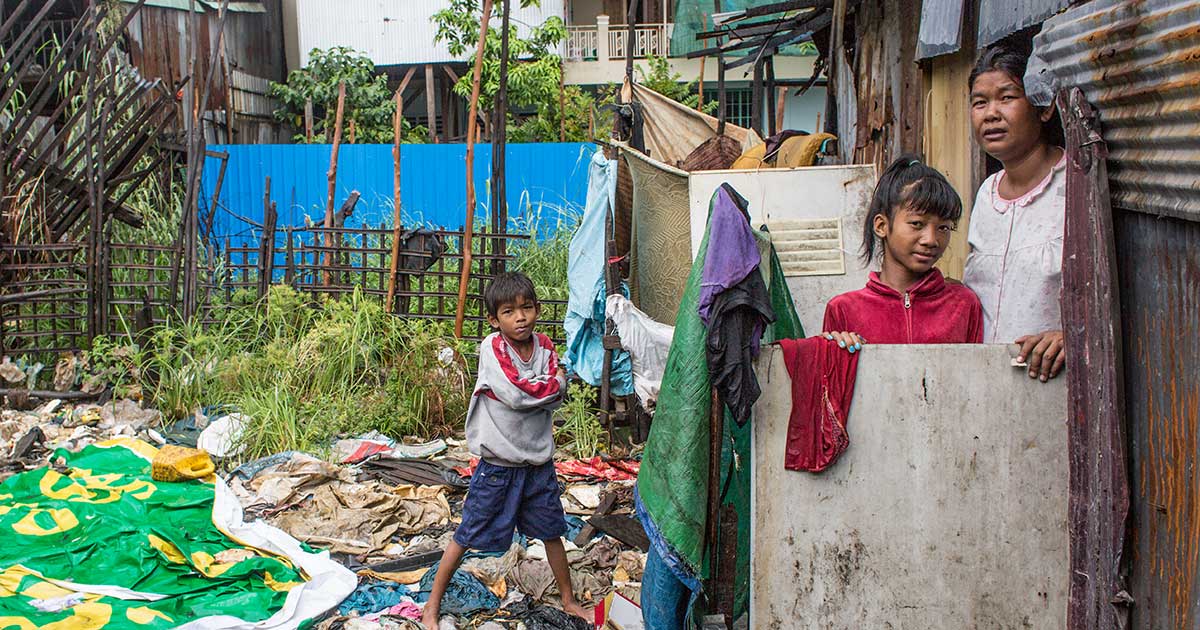 On top of our current activities to rehabilitate slums worldwide, we are building up a global team in our offices worldwide to advocate for better land rights for the most vulnerable.

As our volunteers and local teams work to renovate and rebuild informal settlements in the Philippines, in Bulgaria or in Botswana (to name but a few), we’re creating new partnerships with global partnerships with the United Nation’s Habitat programme and the European Commission as well as corporate partners all over the world. 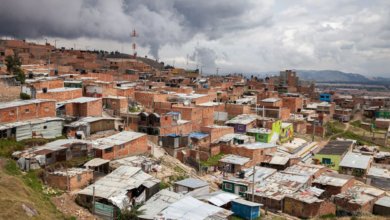 Upgrading slums is one of our core activities in developing countries where ever-expanding informal settlements is an issue.
Read more 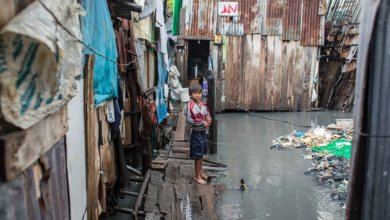 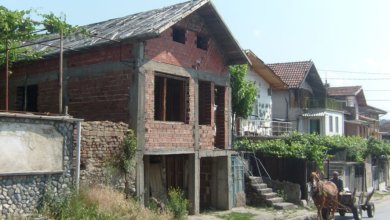 In Bulgaria, our project to rebuild and renovate Roma slums…