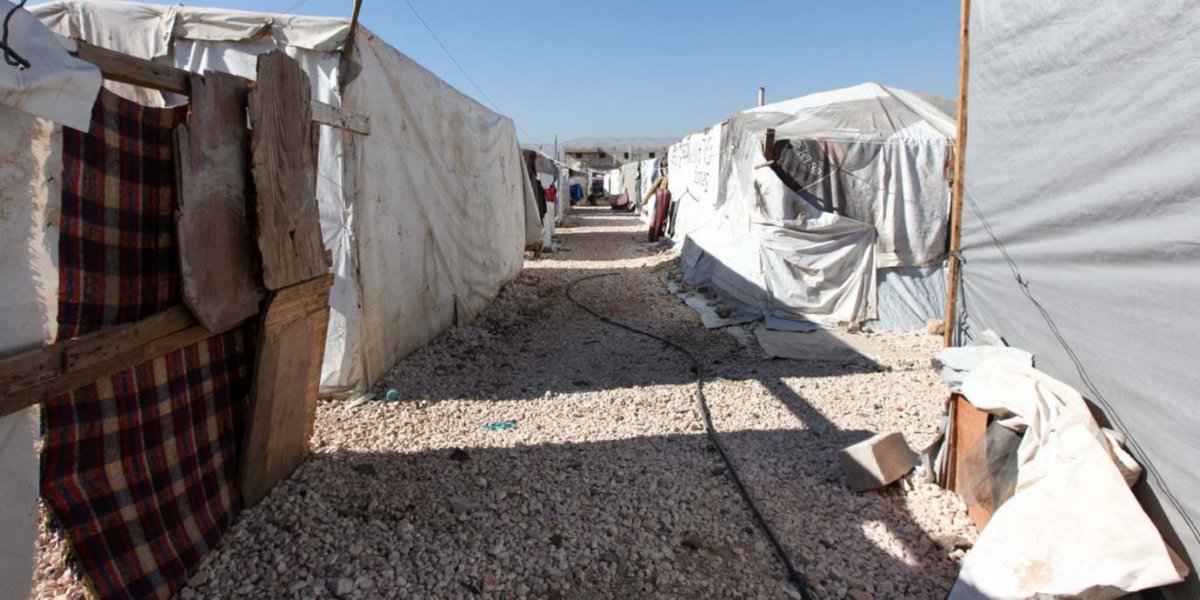 Impact of the Refugee Crisis in Lebanon:

Helping refugees in Lebanon is no small task. The refugee crisis has had a huge impact on the country and its population, which welcomes refugees from Syria, Iraq, Afghanistan, Palestine and more.

Since 2011, the Syrian conflict has devastated communities across the country causing the displacement of 8 million Syrians.

It has prompted the exodus of more than 4 million to neighbouring countries and Western Europe.

Impact of the Syrian refugee crisis

Lebanon has more than 1 million Syrians and over 400,000 long term refugees from Palestine now living among a national population of 4 million. The country now has the highest per capita concentration of refugees in the world.

Our local operation seeks US$1 million for an urban shelter project to improve the living conditions for Syrian and Palestinian refugees in Lebanon as well as the most affected and deprived Lebanese families in host communities. The proposed intervention will rehabilitate and weatherproof buildings as well as upgrade water and sanitation for 7,500 people. 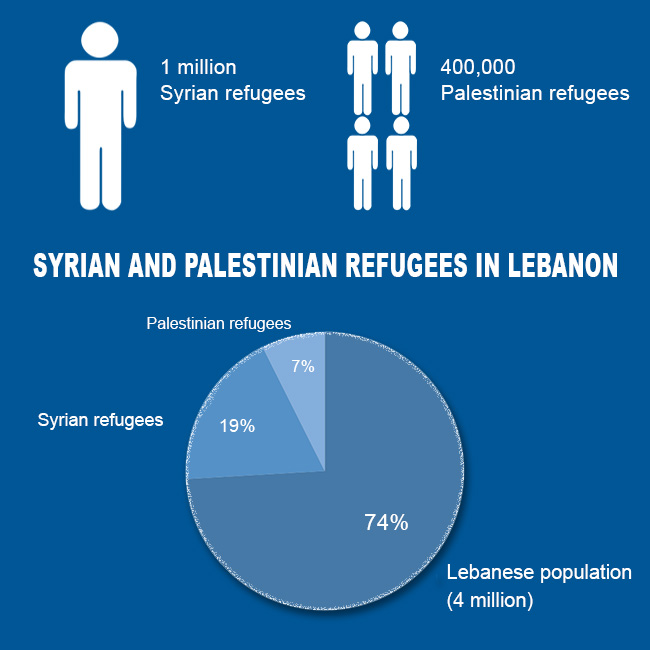 The conflicts in the Middle East have come at a significant cost to Lebanon and its people. Since the crisis began, Lebanon’s economy has suffered, especially in a country already suffering from poverty.

GDP has dropped by 2.85% annually, according to the World Bank. The total estimated cost of the crisis to Lebanon’s economy was US$7.5 billion by the end of 2014.

Socially, even the most remote Lebanese communities are feeling the pressure of this massive population growth with refugees now living throughout Lebanon in more than 1,700 localities, with refugees now outnumbering local residents in some areas.

58% of the 1.3 million poor Lebanese live in urban areas and are assumed to be the population most affected by the overcrowding created by the mass influx of refugees.

The impact of demographic pressure

As the largest grouping in need of assistance (1.2 million registered in Lebanon) their plight remains the primary area of need given the poor shelter conditions and lack of tenure security under which many Syrian refugees have to live in Lebanon. The gaps in assistance to this sector are simply huge.

There are over 40,000 Palestinian refugees in Lebanon who previously resided in Syria. They fall into an unfortunate gap of organisational mandates: if they were registered with UNRWA (United Nations Relief and Works Agency for Palestine Refugees) in Syria then UNHCR cannot help them or offer them the protection as they would any other refugee.

The already insufficient UNRWA funding in Lebanon has been reduced over the last few years and as such this refugee group is in a very difficult position.

There are 450,000 Palestinian refugees in Lebanon.  With reduced funding for UNRWA and increased competition for the low skilled jobs they are legally allowed to do, the economic situation and general living conditions both within and outside the Lebanese refugee camps is decreasing. This is a forgotten caseload in the current context.

Although much smaller in proportion, there are nonetheless 2,200 families in Lebanon who have fled Iraq in the recent past with most of them Christians and minority religious groups.

There are at least 35,000 Lebanese families living below the poverty line and this figure is likely to be increasing dramatically as livelihoods are hit by competition for low skilled jobs, wages reduced and costs for housing and other commodities rise.

There has been very little attention of the humanitarian community on addressing the needs of the host communities until comparatively recently despite the obvious benefits this will have on reducing conflict among different groups.

Recent data suggests that up to 20% or 48,000 Syrian refugee families are female headed. These households often face severe difficulties in making enough money to survive and experience a range of physical and mental health hazards from

Specialised assistance to people with disabilities has not been a specific focus for many NGOs and charities helping refugees in Lebanon. They tend to focus primarily on increasing the numbers of families assisted due to the additional costs inherent in improving accessibility.

Families with disabled members have less capacity to earn income due to a lack of employment options for those with disabilities or the obligations on carers. They are very easily caught in a vicious cycle of poverty.