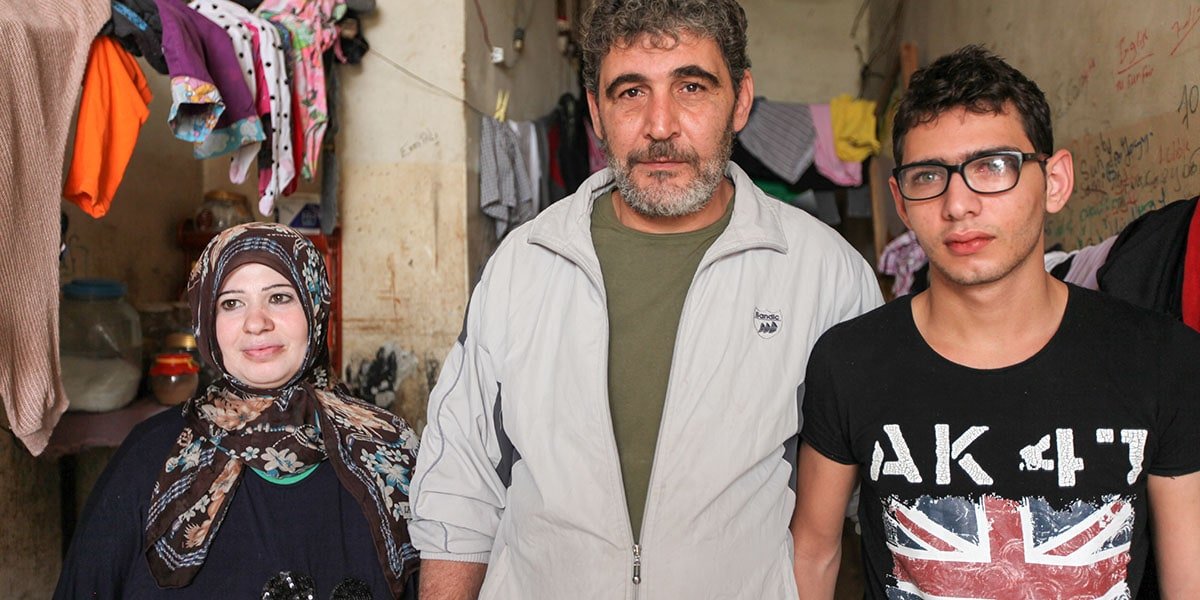 Our Impact in Lebanon's Refugee Camps

Here are the stories of a few Palestinian families living in Lebanon’s refugee camps who have benefitted from the support of our local operation to renovate their homes.

The camps we’ve worked on in this project were Shatila, Burj Hammoud and Beeka, most of the work involved extensive house repairs and renovations as well as the building of new homes.

Akram el Ahmed is 47 years old. He and his wife Hiam live as Palestinians refugees in Lebanon. Their families fled their native land decades ago. Akram, his wife and their seven children live in the Shatila camp.

It was set up by the International Committee of the Red Cross to accommodate Palestinain refugees in 1949. It is called a camp though looks more like a densely populated neighborhood in the south of Beirut with unfinished multi-story buildings – mostly due to the fact that these camps are decades old. This camp housed refugees during the Lebanese civil war in 1982. After the eruption of Syrian conflict the camp accepted a lot of Syrian families.

Akram is employed as a janitor at the camp, and his monthly income is around $600 USD. His family lives in a house there. Their home was extremely damp and the camp’s infrastructure, water pipes and electricity, have not been maintained and looked after since the camp was created.

Today many houses suffer from pipe leakages or simply general leaks everywhere when it rains – including in Akram’s house. There was extensive mold on the walls in the living rooms, in the kitchen and in the bathroom. 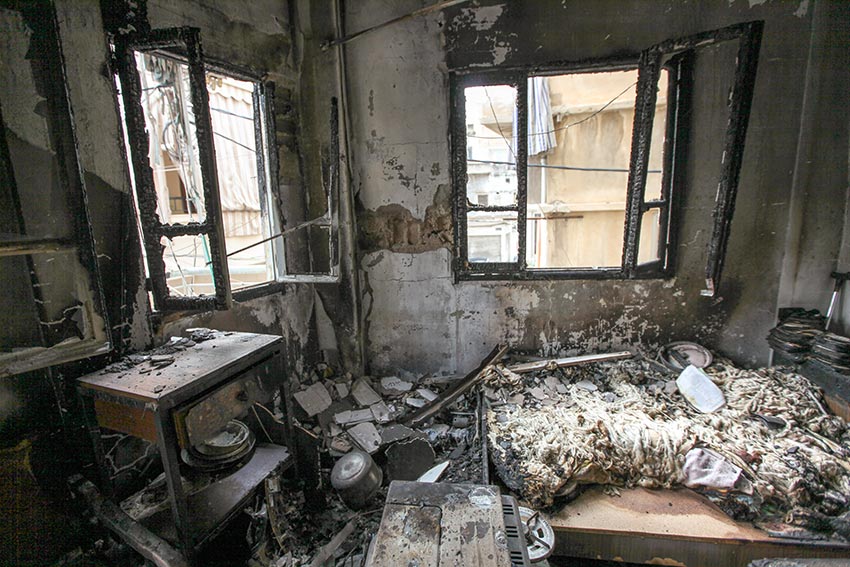 Uninhabitable home in Lebanon – the result of decades of civil war and conflicts. We also work extensively with Lebanese families affected by the conflicts.

With the help of our local team, the family repainted the house. They also installed a new sink in the kitchen and a faucet and improved their bathroom. In addition to that they put glass into the balcony door and replace the rusted front door.

Mahmoud and his family of 4 live in Shatila refugee camp in a tiny apartment that consists of 1 bedroom, a narrow kitchen, a bathroom and a living room where the family spends most of their time.

The house lacks proper ventilation and in the intense summer months it becomes very hard to breathe inside. Mahmoud’s wife, Sanaa, suffers from arthritis, high blood pressure and diabetes.

Our team intervened in their home by putting screens on the 2 windows in the living room that had always stayed closed for fear of rat invasion and in the kitchen by creating a window where there was none. 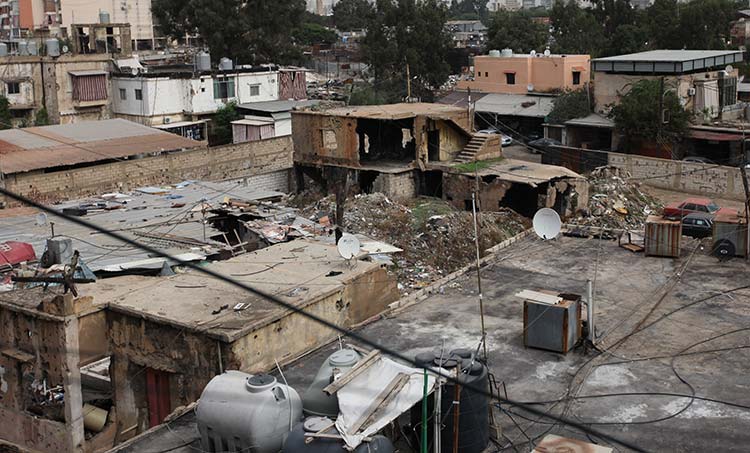 Abdallah is a 73-year-old man who suffers from bone cancer and prostate. His wife suffers from diabetes, high blood pressure and asthma. He has a son still living with him from a previous wife who is now deceased and his current wife is his second wife.

Their house suffered from old weatherproofing problems which got treated prior to our intervention, but the damage from the water leakage was still seen in the house.

Additionally, the bathroom was in bad condition as well as the front door which was precarious and presented a threat to the security of the household.

We intervened in their home by painting the ceilings in all the rooms as well as the walls in the living room and the bathroom which was also completely rehabilitated.

A new water heater was also installed to provide the family with hot water in the bathroom and kitchen and a new kitchen sink with cabinets replaced the old rusted sink made of stainless steel. A new metal door replaced the wooden front door, thus enhancing the family’s sense of security. 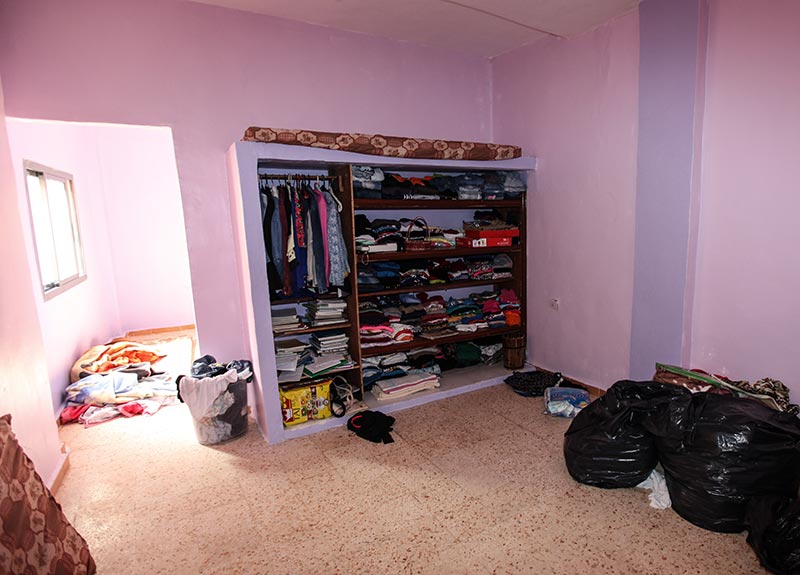 A family moving into their new home in Lebanon

Farouk and his wife Ghada live with their 5 children in a house that suffered from high humidity because of water leakage from one side of the house. Additionally, the bathroom suffered from drainage problems and the electricity in the house presented a safety hazard with exposed wires at the reach of children. The front door needed maintenance and the family didn’t have any hot water to wash and shower. 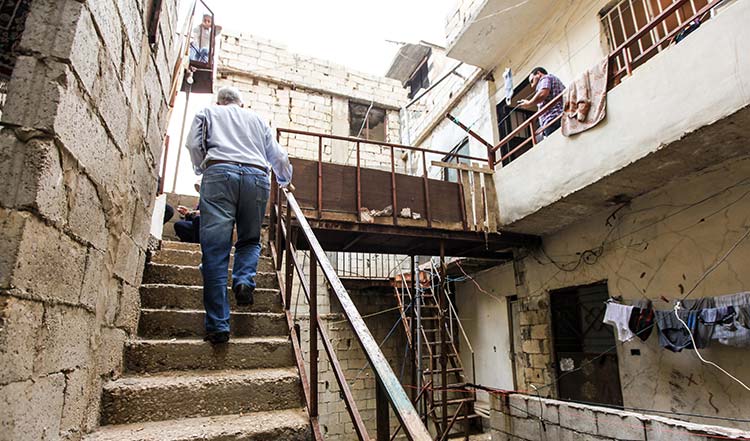 In the bathroom, the tiles and bathtub were completely removed to fix the drainage problem and new tiles were installed instead along with a new Arabic latrine upon the family’s request.

A water heater was provided and pipes were installed to make sure hot water is available in the bathroom and kitchen. A new shower tap was installed and an accordion door for the bathroom.

The electricity in the house was rehabilitated, making it safe for the family, especially children. The front door was repaired by replacing the broken glass panes with new ones. Finally, the kitchen sink got a new water mixer tap and new cabinets where there weren’t any before and the kitchen ceiling was painted. 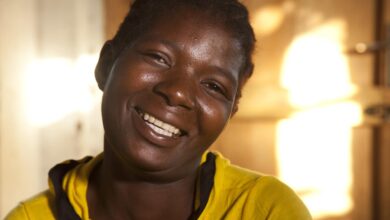 Gifts in Wills are Changing Lives for the Better Rhoda… 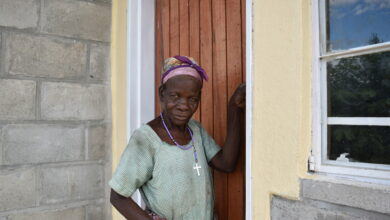 Homes and Toilets in Malawi Throughout 2021, the construction of…