Following decades of war under the Khmer rouge, Cambodia has seen its level of poverty decline but huge inequalities persist. The food and economic crises in 2008 and 2009 led to high levels of rural to urban migration, predominantly into the capital Phnom Penh. Urban poverty in Cambodia has worsened and people now settle in every conceivable empty space, from courtyards to rooftops, by the side of railway tracks and near riverbanks and swamps.

Unsanitary and unhealthy living conditions badly affect people’s health, especially the 1 in 5 people in Phnom Penh who live in an informal settlement, or slum, and lack access to basic services and secure tenure.

Habitat for Humanity takes a holistic approach to housing, that includes securing land tenure and developing thriving communities with access to clean and affordable water and electricity. We work with partners to train families in financial literacy and employability skills, help vulnerable groups living with HIV/AIDS, and increase the rights of informal settlers to the land the live on. 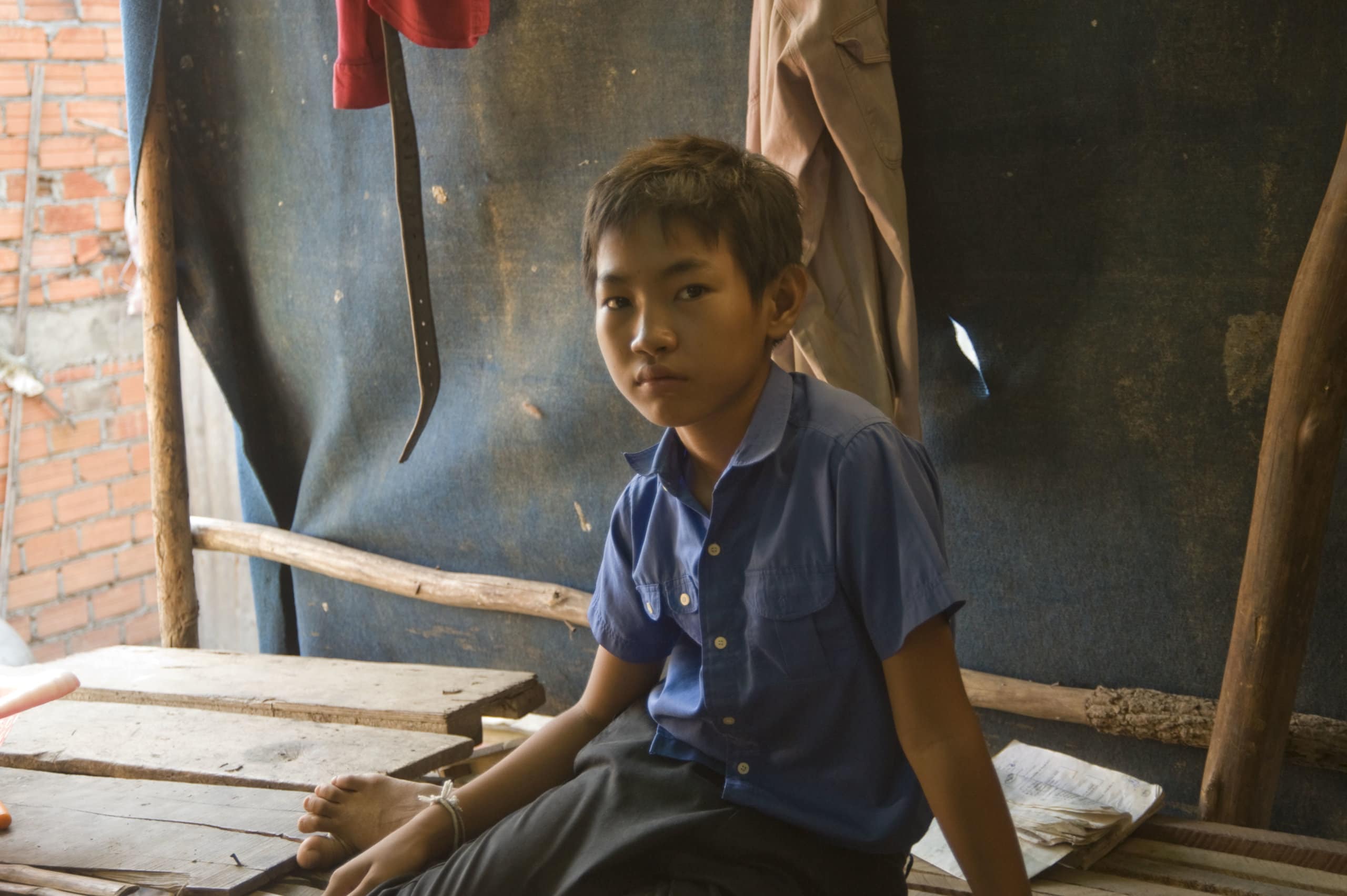 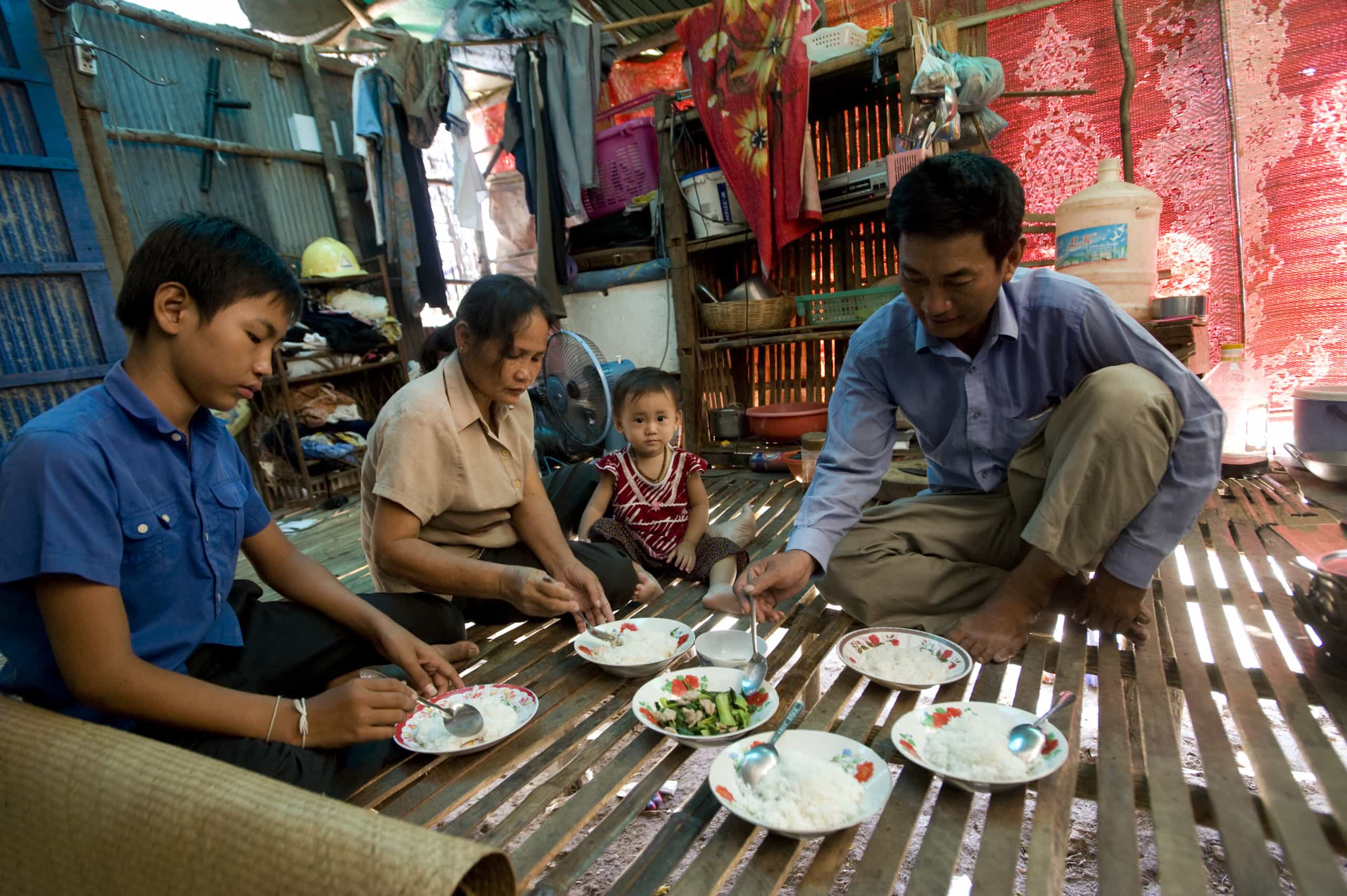 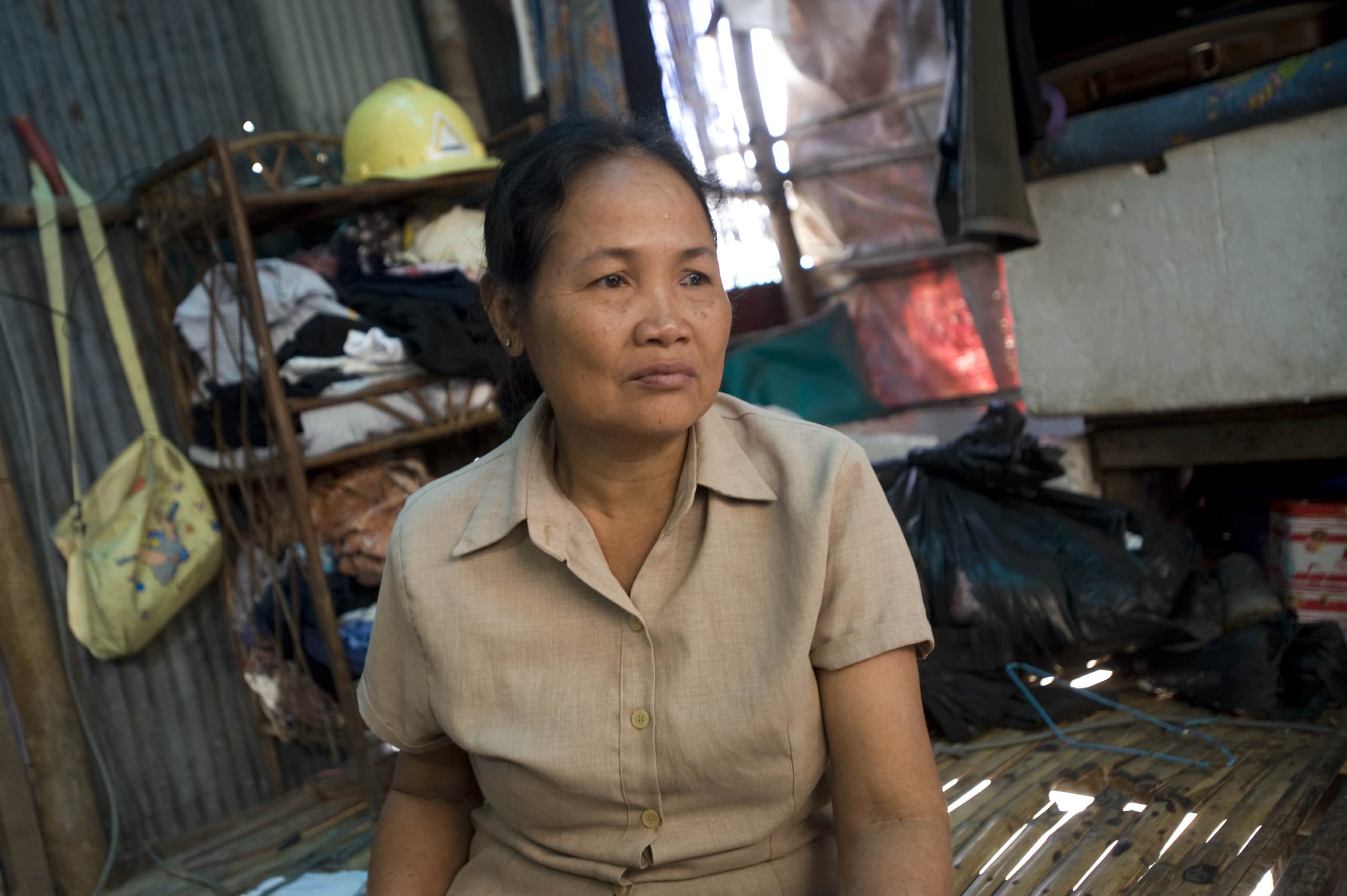 “We learn through hardship the importance of saving, so that we can step by step build a secure shelter”.

This could be a phrase to describe the life of Mr. Kain Mab and his family. Mab’s family is one of hundreds who have lived on the informal settlement site of a Garden Area State Land – a slum in Battambang, Cambodia which had been ring-fenced by local government in 1981 to build a public park.

After many years of civil unrest and instability, many Cambodians who had been living in refugee camps across the border in Thailand started to return to their home country. Among them, hundreds of families had moved back to Battambang, and with no other option they began to settle on the public garden area land. In 2007 as the governors of Battambang started restructuring and beautifying the city these families’ futures were put into question as the government pressurised them to relocate out of the city.

With the rights of the residents who had lived in informal settlements for several generations under threat, Habitat worked  to advocate with the government of Battambang to transform the informal settlement to a formal settlement area rather than relocating households away from their families, communities and places of work. The Government of Battambang agreed to issue land titles and certificates of ownership to the families, with Habitat for Humanity stepping in to support those who are unable to build home on their own.

Mab and his two daughters lived in one of the informal shelters. His wife and their youngest son lived in a distant rural village where his son attended school.

Mab and his wife work hard to support their family. Between them  they were able to earn  between $5 to $8 per day. Sometimes they were receiving support from their two daughters who are working at a factory in Phnom Penh.

The family had tried to save a small amount to buy construction materials such as bricks and zinc to build their home incrementally. BUt they were thrilled when Habitat for Humanity and teams of volunteers stepped in to support their efforts.

“The presence of volunteers will help us save a lot on labour and it will be faster to build our home” said Mab. “Our new secured house will really bring us hope!” he continued. Mab and his wife are now starting to clean their land site and preparing to welcome all volunteers.

“I don’t have enough money to build my house and I am so excited to know that there will be a group of international volunteers come to help us and I believe it’s going to be a great experience for us. Nothing can compare my happiness at this moment” Mab said.

Escaping Life in a Cambodian Slum to Build His Own Home 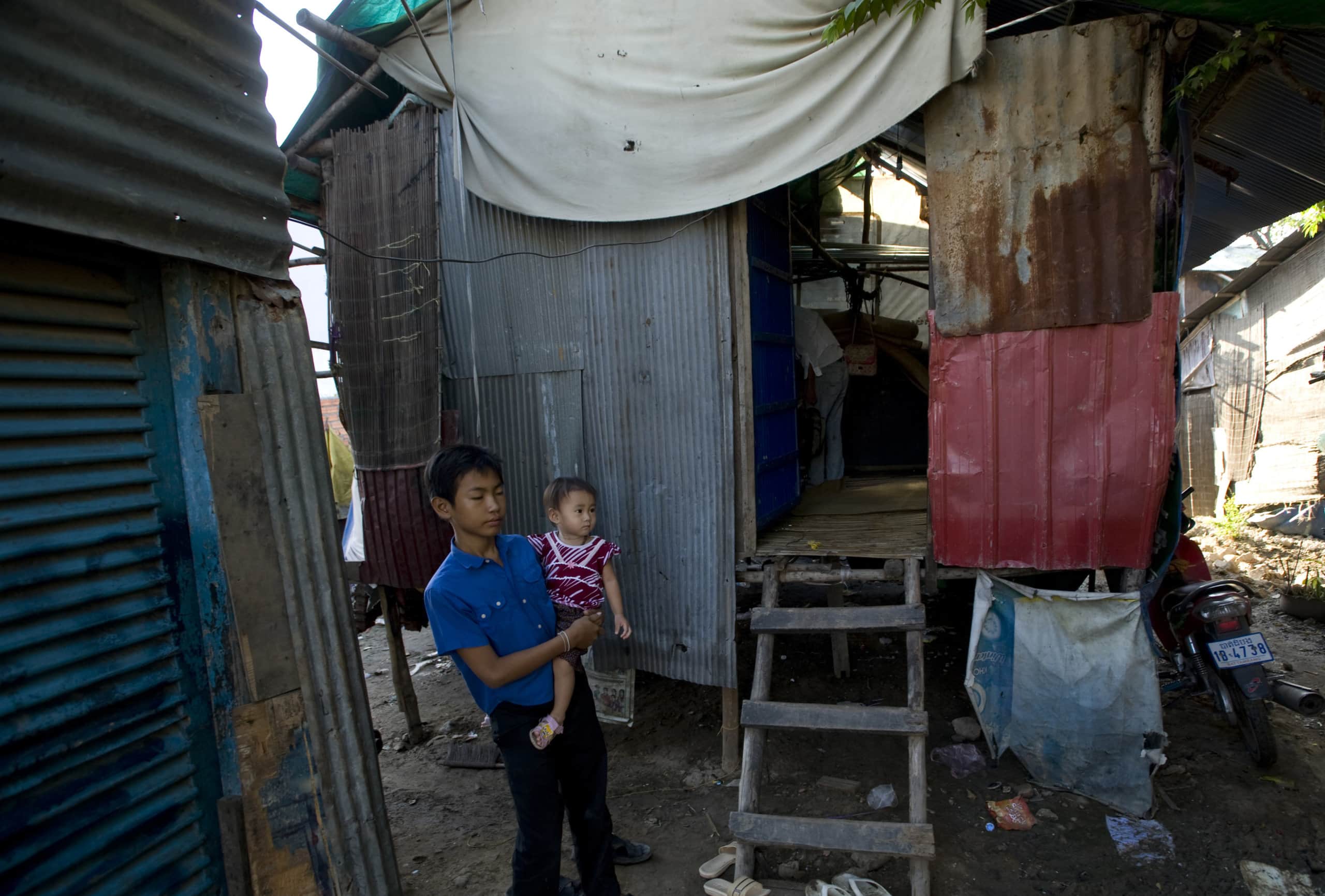 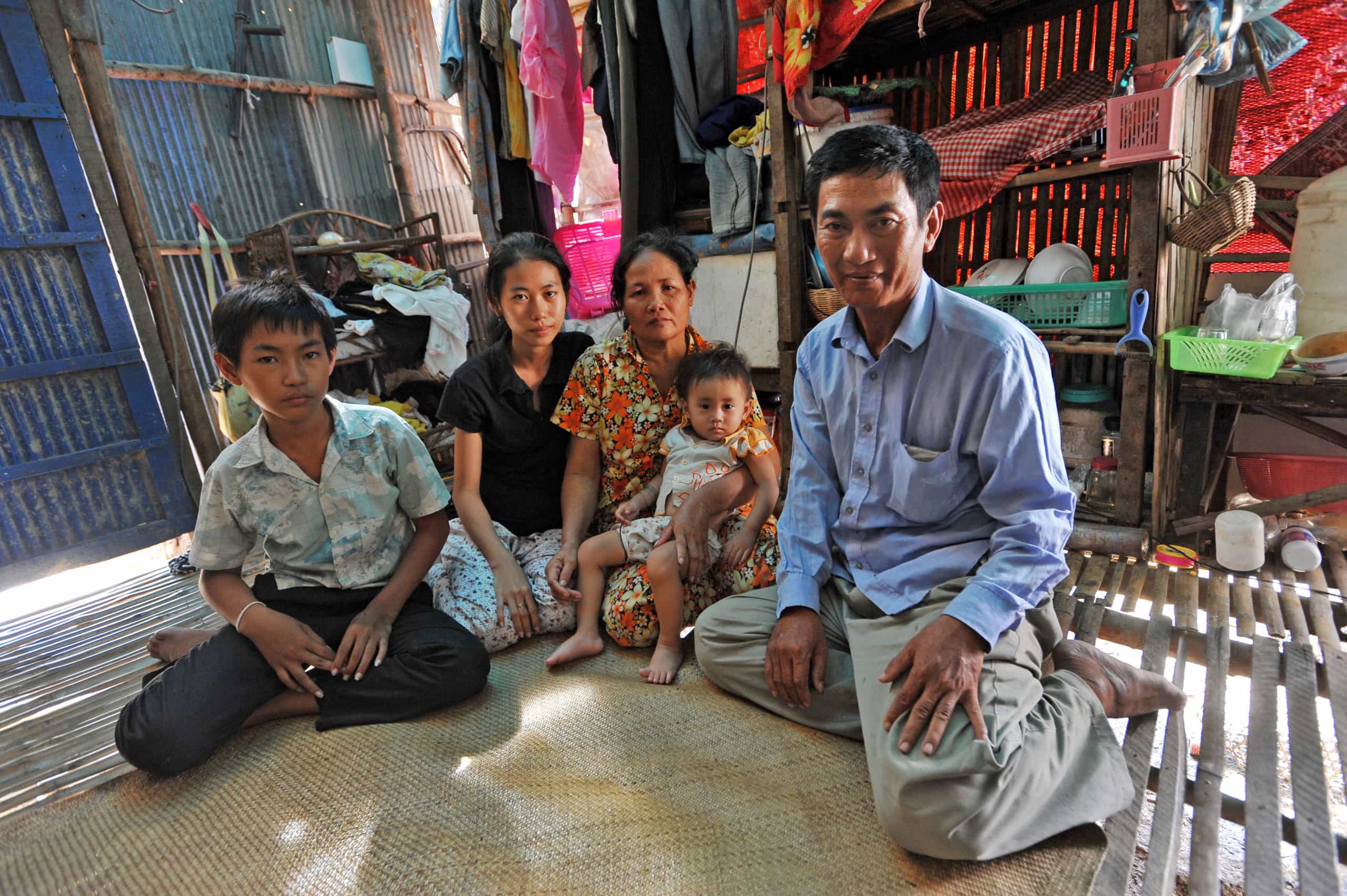 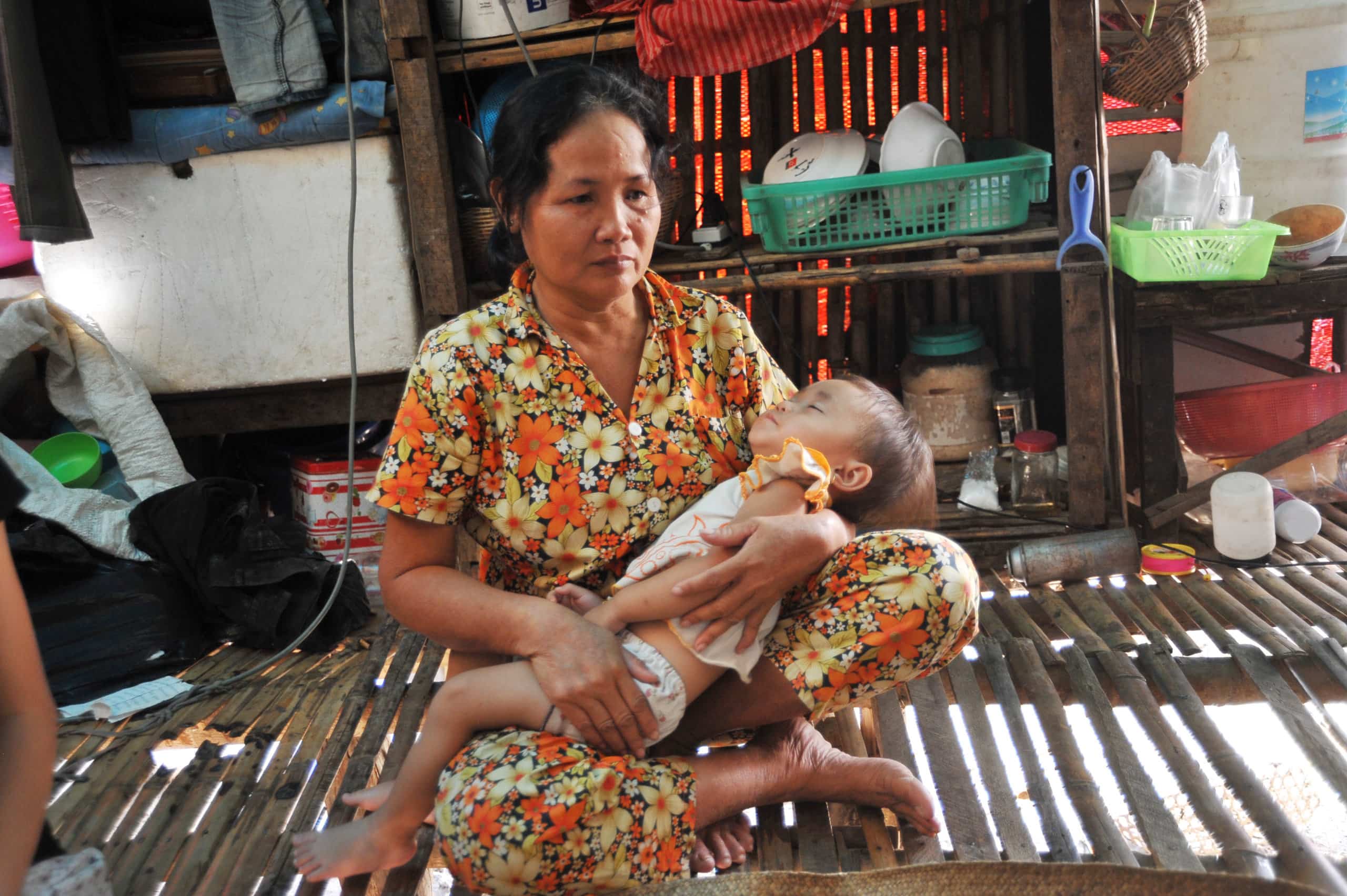 Sam Soo lived with his wife and three children in a one-room shack that sat only a few hundred feet away from Cambodia’s Stoeung Meanchey landfill in Phnom Penh.

Like many members of this community, he and his wife made a living by collecting discarded shoes from the dump, repairing them and then selling them at the market.

Together they work long hours in the worst of conditions.

In his own words: Sam Soo

“It is my duty to be a good father. I will sacrifice my own energy and my own comfort for my wife and children.

My wife’s name is Ly Pheap. I fell in love with her at first sight. She is a good mother and a good wife. I love her with all of my heart and soul.

These days my life is hard, the more you breathe air from the landfill the weaker and dizzier you become. It makes me feel sick all the time. My children have been getting sick as a result of living near the waste. I am not a man with a lot of money to provide medical care for my children.

At times I can only afford to buy a little medicine for my children. I have been poor all of my life. The only desire I have, what I deeply want, is for my family and me to live in a better home. So, our family will not be sick anymore. A place with fresh air.”

Escaping poverty in Cambodia: A place with fresh air

Sadly, the level of poverty that Sam and his family have to endure is not uncommon in Cambodia. Our goal is to end housing poverty in Cambodia and around the world. That’s why we have partnered with Sam and 21 other families living behind the landfill to help them build 21 safe decent homes.

Homes far away from the Slum 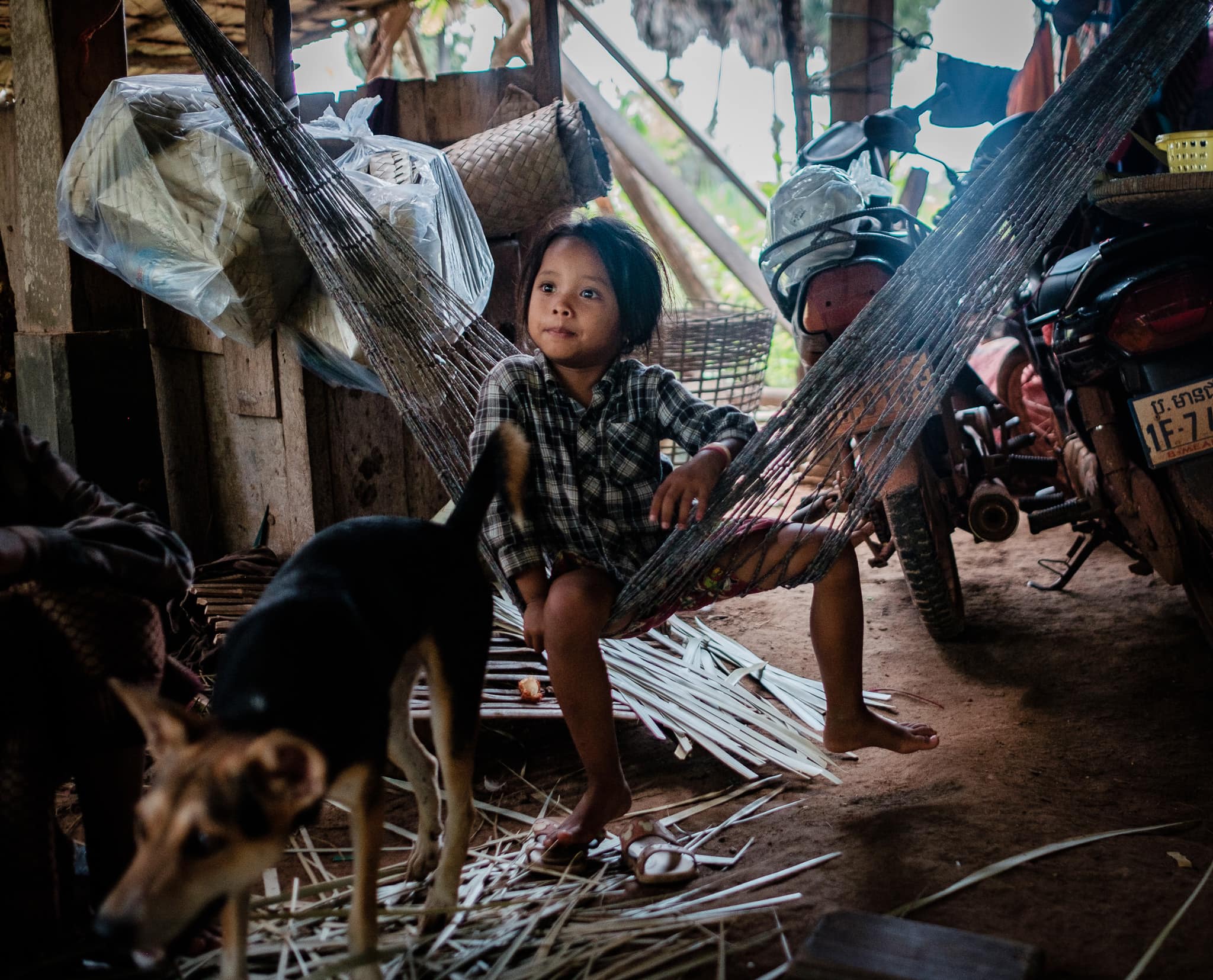 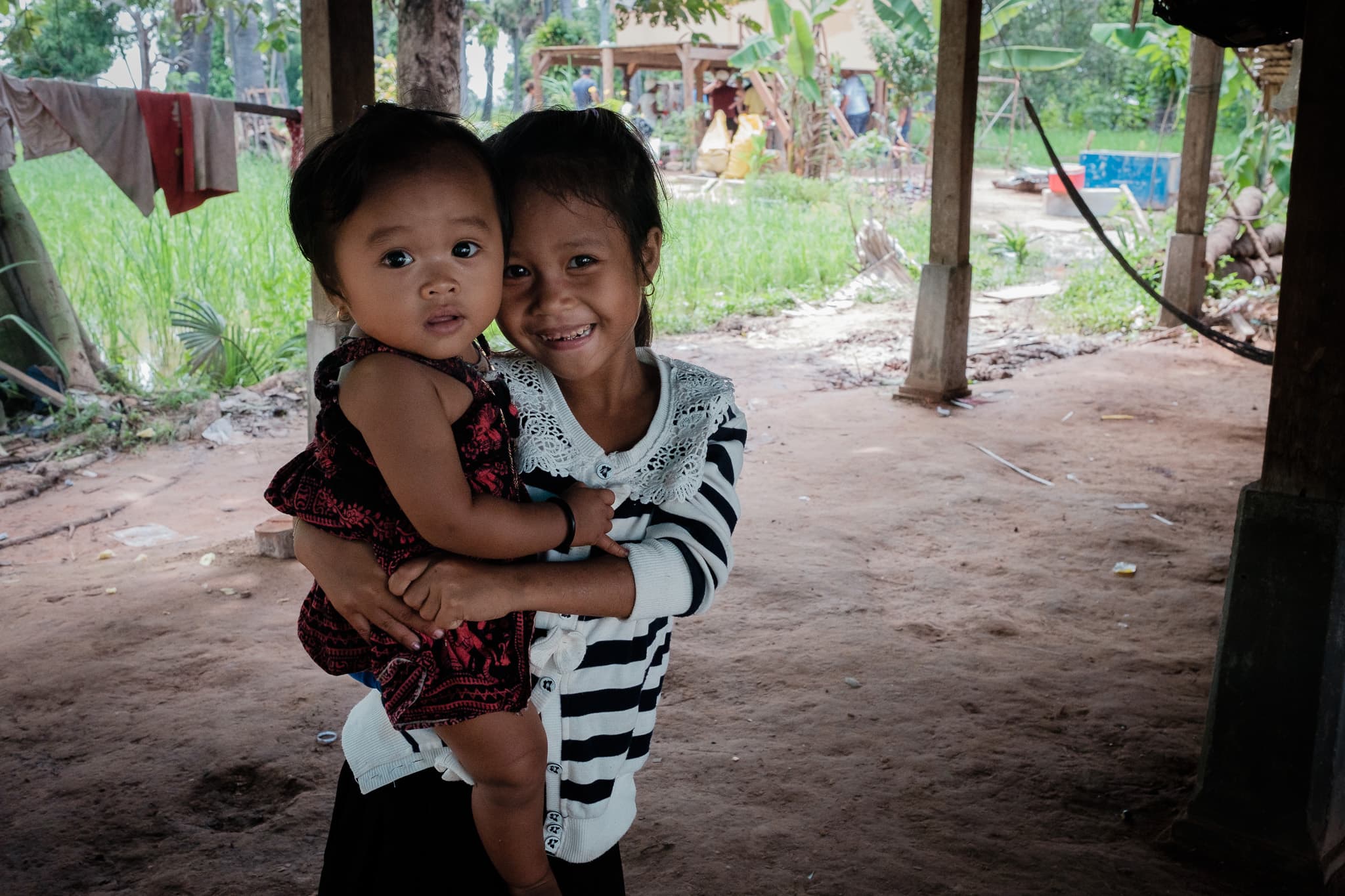 “I am very happy. I have never built a house before, but I built my own house. I feel proud. My wife has endured living in poverty with me for so long this is all we have known. But now I have this beautiful home… because the environment is better here, we can live a healthier life.” – Sam Soo

By partnering with families and providing a hand up, we empower home owners to break the cycle of poverty through the security and stability of a safe, decent home.

Thanks to the generous support of international volunteers and donors, 21 families now have homes away from the landfill. But there is still work that needs to be done. In the next 5 years our Cambodia team will serve 5,000 families, providing housing solutions for over 10,000 people.

“I think my children are so lucky, because I think of my house as something that is so precious. Before I was just a person sleeping on top of trash and our lives seemed like they had no purpose. I had no hope. But now my life has meaning, this feels like we are getting a new life.”