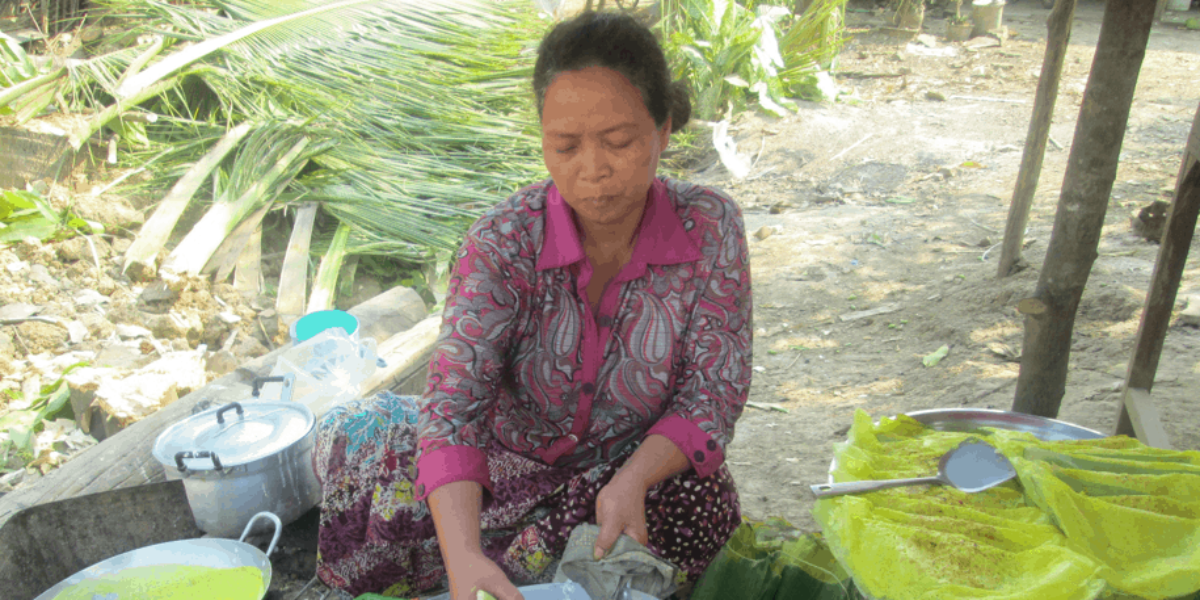 “We learn through hardship the importance of saving, so that we can step by step build a secure shelter”.

This could be a phrase to describe the life of Mr. Kain Mab and his family. Mab is one of hundreds of families who have lived on the informal settlement site of a Garden Area State Land – a slum in Cambodia – in which Battambang Governors planned to build public garden park since 1981.

After many years of civil unrest and instability, a lot of Cambodian people who had lived in refugee camps over the border of Thailand and those who were evicted from their hometown had come back. Among them, hundreds of families had moved back to Battambang, some of whom had started to settle down on the public garden area land. Unfortunately in 2007, the governors of Battambang started restructuring and beautifying the city and planned to relocate those families away from the city.

That was the time that we stepped in and started to advocate with the government of Battambang not to relocate them but instead to transform an informal settlement to a formal settlement area. The Government of Battambang agreed to issue the land title certificate of ownership to the families, and we supported those families who are unable to build home on their own.

Mab’s family is among other families who had trouble finishing their home, as Mab and his other two daughters has to live far from home in order to find a job to support the family. Currently, his wife (Nhep Hout) and the youngest son are staying at home.

Apart from spending on food and other necessary household items, the family have tried to save some small amount to buy construction materials such as bricks and zinc to build their home bit by bit.

“The presence of volunteers will help us save a lot on labour and it will be faster to build our home” said Mab. “Our new secured house will really bring us hope!” he continued. Mab and his wife are now starting to clean their land site and preparing to welcome all volunteers.

“I don’t have enough money to build my house and I am so excited to know that there will be a group of international volunteers come to help us and I believe it’s going to be a great experience for us. Nothing can compare my happiness at this moment,” Mab said.