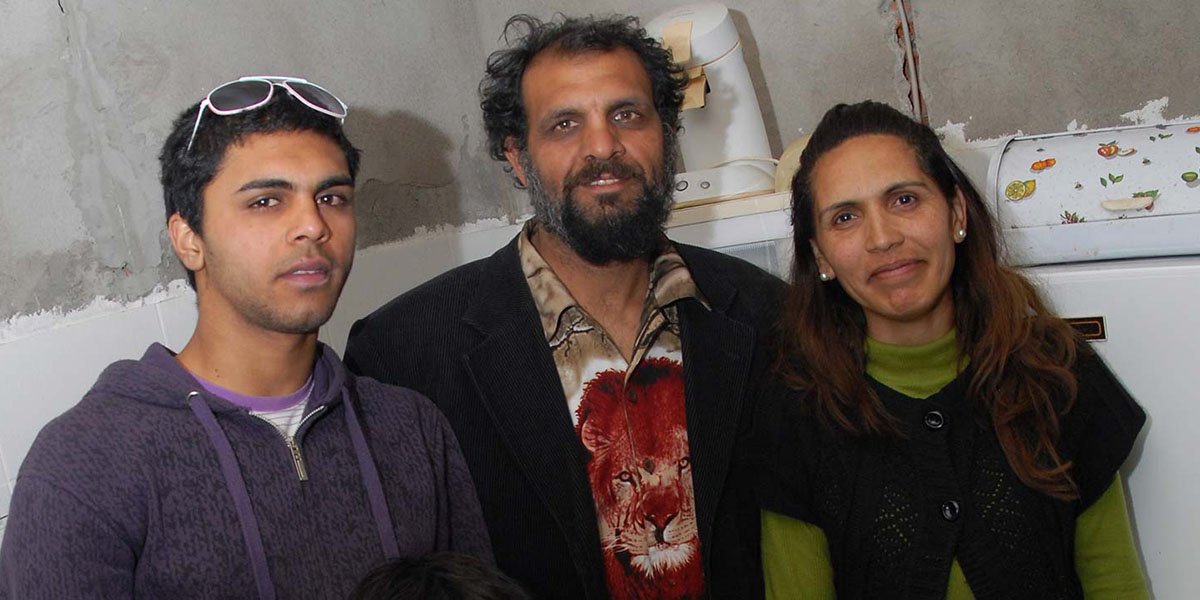 These tower blocs in Macedonia’s capital, Skopje, were built as part of a vision for a better future which saw a housing boom 30 years ago. But they were built from low-quality materials which have suffered from years of neglect.

In the borough Aerodorm, Lie Kik lives in one such bloc. She and her fellow residents are frustrated with the poor conditions of their apartments.

Lile: “The entrance is really damaged. It needs better insulation and double glazing. And the facade of the building is falling apart.”

Behind the crumbling exterior lie deeper problems. The whole building has poor insulation. As a result, the temperature never gets above 17 degrees inside. And on the roof, something more worrisome: asbestos.

Lile: “The roofs. Look at them. Asbestos and cement. I quite often have leakage from snow and rain. The problem wasn’t even solved with new tiles. They all became broken, too.”

Lile and her neighbour are trying to convince their fellow residents to take a Habitat for Humanity loan to renovate the building. In order for the project to start, they must persuade two more neighbours to come on board. Out of 21 flats, 19 said “yes”, which was an unexpectedly good number to start proceedings.

To see what life could be like, Lile went to see Jovan Vranik, who lives in the same neighbourhood and like Lile’s bloc suffered from poor insulation until tenants took a loan from Habitat to renovate the building.

Overseeing the renovations and loan usage

Yovan: “We chose the builders ourselves and within a month and a half everything was done.”

Lile: “With the roof and everything?”

Yovan: “Yes, which is why you should go with Habitat. They’re not just lending you the money. They are overseeing the whole project: supervision, control checks, permits.”

For Jovan it’s been a win-win, with wider benefits, he explains that “when the insulation panels were installed, we drastically reduced our heating bills. Our homes became better environments to live in. And now the temperature stays at 22, 23 degrees (about 73 degrees Fahrenheit). It doesn’t cool drastically at night. It stays warm until nearly 5 a.m. in the morning.”

So far, over 1,000 families have benefited from the loan scheme. But that’s just 1% of the number that could benefit like Jovan and his family and enjoying a better future.