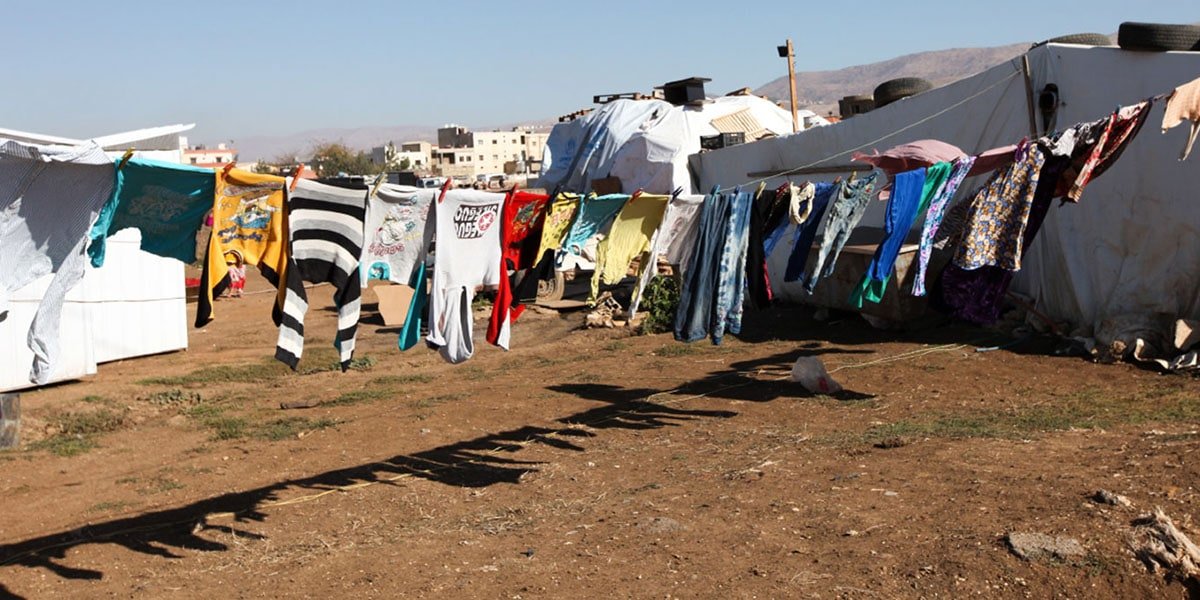 How We Help Refugees in Lebanon:

Housing for the Crisis (Part 2)

We’ve been working in Lebanon since 2001 on a range of shelter issues from helping refugees deal with the housing crisis to providing vulnerable Lebanese families affected by disability or conflict with:

This is an update on our current project to support the Syrian and Palestinian refugees in Lebanon as well as vulnerable Lebanese families affected by the multiple crises.

Our charity’s presence in Lebanon

Our local team is currently working in Palestinian and Syrian refugee camps in Lebanon to support the repair and rehabilitation of housing for the most vulnerable families. They are also providing water and sanitation support to a number of Syrian refugees living in Informal Tented Settlements (ITS).

In 2006, Habitat for Humanity was awarded a grant of nearly US$ 2 million by USAID/OFDA (Office of U.S. Foreign Disaster Assistance) for the completion of the “Transitional Shelter for Southern Lebanon”. With this funding, we’ve been able to directly serve 5,082 refugees in 18 villages and the three southern suburbs of Beirut.

With this project, we were able to secure safe, decent shelter for 5,040 refugees and displaced Lebanese and provide alternative opportunities for employment to another 42 people, exceeding original targets of 1,840 total beneficiaries by over 175%, while remaining within the proposed budget.

All of this has been an important step in the transition and resettlement of displaced Lebanese following the July War of 2006. As our attention now shifts to longer term home improvements, we hope to remain a source for support for the families of the South, Beirut and greater Lebanon for years to come. 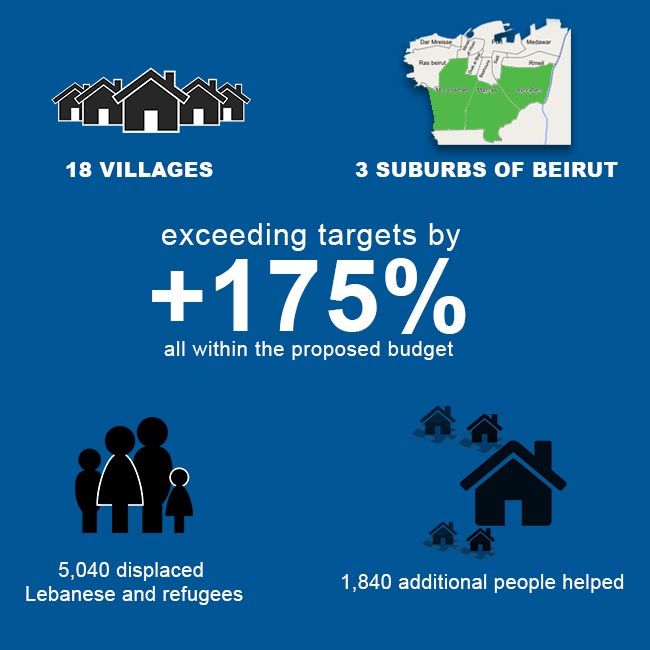 How we help refugees in Lebanon

Back to our current project for refugees and vulnerable Lebanese families. It focuses on tackling the issues of empty buildings and damaged buildings occupied by vulnerable people. Rehabilitation will be implemented in exchange for a period of reduced or free rent.

This creates greater security of tenure and reduces expenses on rent to allow families to prioritise available resources towards other needs (education, health care, etc). This way both refugees and building owners benefit from access to low-cost investment.

Both refugees and the local population benefit from additional units being added to the housing stock, mitigating against rent inflation nationwide. For owners, this results in improvements to their economic assets at the end of a project.

How we do it: improving urban shelters for refugees in camps

Rehabilitation will include water and sanitation upgrades in many homes, such as:

Despite many charities helping to provide non-food items, there are still huge gaps and needs across the Palestinian and Syrian refugee camps in Lebanon. This project would seek to support extremely vulnerable families with required items. This could include stoves, heaters, solar lighting, beds, mattresses and other items as required.

Direct and ongoing engagement with the targeted communities throughout the project cycle will allow us to identify the most commonly needed items.

To assist in community stabilisation and community building the project will identify communal facilities requiring repair upgrading or improvements. Such interventions could include:

All the repairs and upgrades planned in this project will be addressed by small teams of tradesmen and builders. Rather than larger engineering contractors. This provides a significant opportunity to use skilled labor from within Lebanese and Syrian communities. This creates short-term employment opportunities and injecting cash into the local economy.

This may also assist in creating a sense of collaborative action and social cohesion. It draws upon the learning across the sector on the most efficient way to deliver such support in urban areas. The process is successfully used by other NGOs to help refugees and local populations across the region.

Social mobilisation teams from Habitat and CARE will verify the specific needs in each household, check that proposed lists of materials requested match repair needs, and verify the work during and after completion.