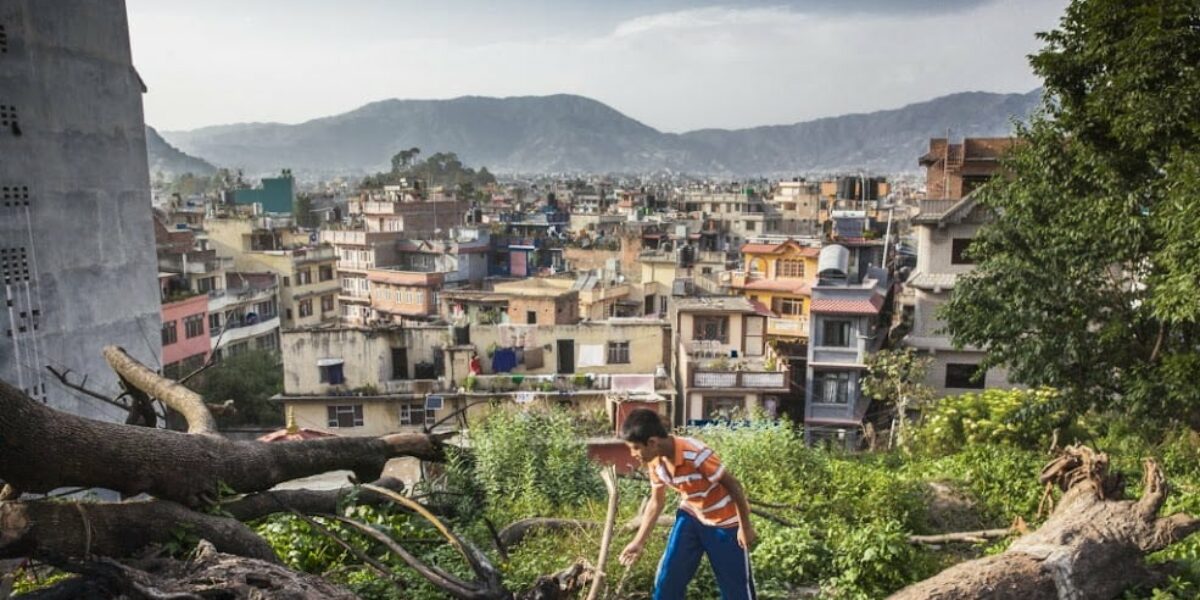 From 2015 when the Gorkha Earthquake first hit, to 2018, over 45,829 families were helped by the projects put in place by Habitat for Humanity. This immediate disaster response relieved many, by distributing shelter kits and permanent housing equipped with safe water and access to sanitation facilities to the families in the region.

More than 8,800 people were killed and the loss of housing stock was enormous. Nearly 500,000 homes were destroyed and more than 250,000 homes damaged. During the emergency response phase, our local operation distributed over 5,000 temporary shelter kits and water backpacks to help families fetch and store water; assisted with assessments of 16,244 damaged houses and played a key role in other Shelter Cluster initiatives.

Hiring local workers and investing in affordable and innovative construction materials is as important to us as building earthquake-resistant homes for the vulnerable families which are most affected by earthquakes in Nepal – and their long-term impact (homelessness, education, job availability).

Stories of our impact after the Gorkha Earthquake:

The impact that Habitat for Humanity Nepal has had on vulnerable communities is further highlighted by the following story, in which Dilaka and her family were able to rebuild their house with the support of our organisation:

“I decided to rebuild my house though I did not have enough resources. With the support of Habitat Nepal, along with the government grant, my family and I now have a safe roof above our heads. I am very proud of my house.”

Although, it is beyond important to mention that this progress was not achieved alone, correctly highlighted by Rick Hathaway, Asia-Pacific vice president of Habitat for Humanity International, reporting after the three-year mark of our response:

“At the three-year mark of our response in Nepal, we can celebrate how far we have come because of the support from our donors and partners. Every family needs help when a disaster strikes. By working together with the communities, we have enabled affected families to rebuild their homes, increased the communities’ resilience through training in the Participatory Approach to Safe Shelter Awareness, and improved construction and livelihood skills.” He adds “The work does not stop here as we are committed to the national reconstruction effort.”

A concept well understood by our organisation is that with time we will be able to rebuild the state, and that success is not immediate with such large scale disasters. Therefore, to this day, HFH Nepal continues to support distressed families affected by the Earthquake in the region.

Pictured above in KAVRE, NEPAL (05/25/2019). Rohan B.K. aged 6, stands inside the new home that he shares with his family. Rohan’s family partnered with Habitat for Humanity to rebuild their home that was destroyed during the 2015 Gorkha earthquake.

Rohan and his family safely survived the 2015 Nepal earthquake but their home and food stocks were destroyed. His grandmother, Goma, owned their land but was overwhelmed at the prospect of rebuilding. Habitat Nepal helped Goma prepare documents and apply for grants. She then helped construct their new home. “Without the support from Habitat, I could not have imagined building a permanent house,” Goma says. Your support makes sure that more families like Rohan’s can rebuild and recover.

With appreciation of our success should also come realisation of the road yet to come. Our organisation is striving for the utmost inclusion in all of our projects. Understanding and revising our current plans to improve the scalability and outreach of our project is a main focus. Alongside this, reinforcing gender and social inclusion to ensure that it remains an integral part of this process is important.

Despite these challenges, HFH Nepal will continue to support the conflict-stricken region with the renewed energy and positivity that the locals bring.