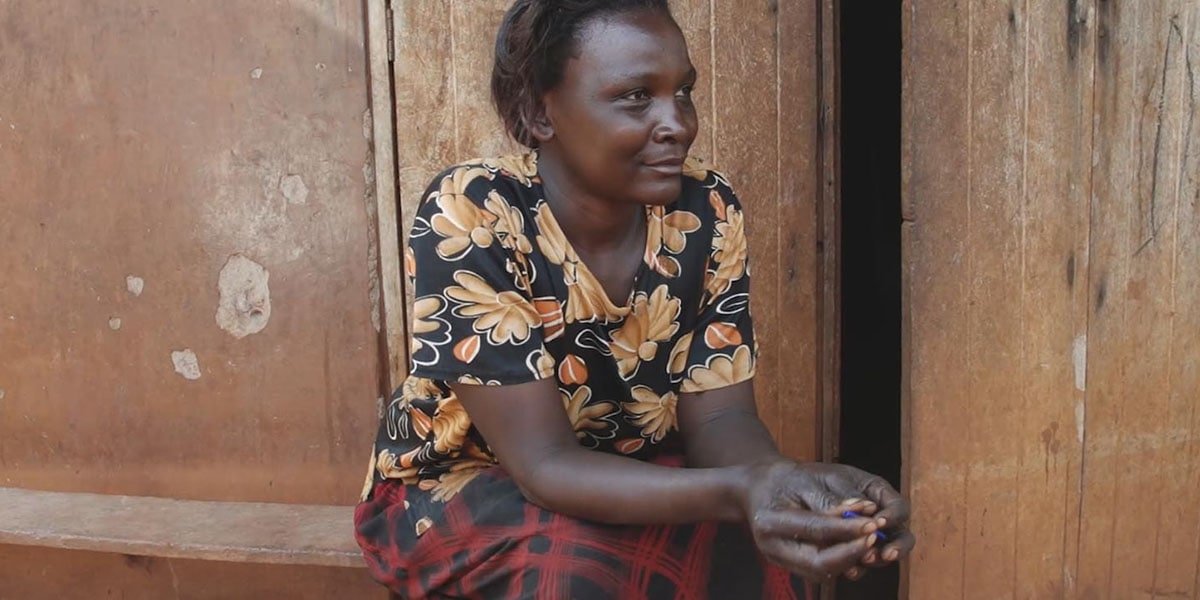 To Reduce Poverty in Africa,

They Varying levels of poverty across Africa

We take a look at poverty housing in Africa and how we can approach reducing this through microfinance programmes.

The following blog post has been compiled from a series of interviews with our programme coordinators in Uganda.

We wanted to ask our collegues about the difficult decisions their local branches have to make as a charity in order to keep fighting poverty in Africa.

Running a charity is not exactly the same as running a private business. However, we still have to be as professional and efficient, especially when orchestrating not-for-profit microfinance programmes, which offer no-interest microloans even for the poorest.

This is often the main challenge for charities looking for reliable models on how to reduce poverty worldwide.

When dealing with extreme poverty and offering financial solutions to tackle it, the hardest thing to remember, is that in order to keep doing so you need to have a working business model that is financially viable. If you lose sight of this, you won’t be able to help anyone else. 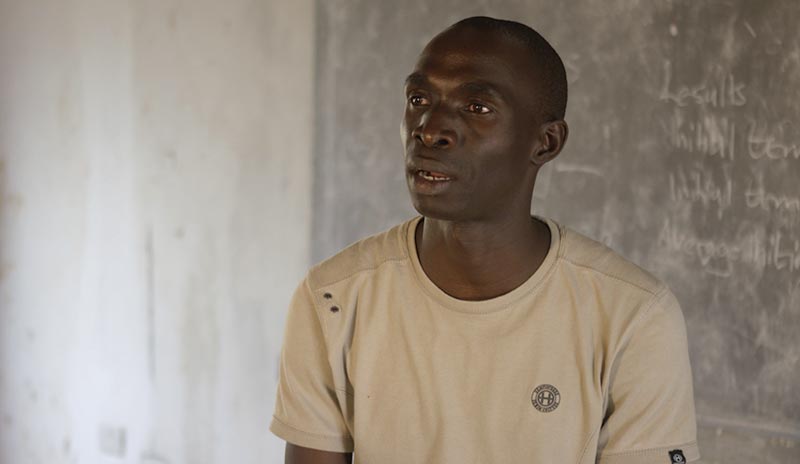 The below is the transcript of our interview with Habitat for Humanity staff in Uganda.

Anyone who knows Uganda will understand that there are two worlds. The Western part is economically active, they haven’t suffered a lot in terms of war, so it has been relatively stable. But, it is the exact opposite with the Eastern side of Uganda:

Because of these factors, most of the humanitarian aid goes into reducing poverty in Uganda, especially in rural areas.

Stopping the poverty cycle with microfinance

Our housing microfinance programme in Uganda, is a business transaction where the families seek out loans and then repay them over time. Almost like creating a spark to spur on a local market or treating people respectfully, like free, independent individuals. Then later on, if they want to take out another loan, they can come back to us and then repay us once again.

The most rewarding part is that these families become totally independent. Approaching us is the same as walking into a bank; the families have individual goals and dreams, and we can help make them a reality.

Hopes and dreams in Uganda

When you ask the beneficiaries “what do you hope to do with this loan?”, they will tell you “I hope to plaster my house, I want to do this and that”. With or without Habitat for Humanity, those are their aspirations.

Each time I visit these families, I see a part of me in their struggles. I’ve been through it, lived through it.

“Always believe in the investment you’ve made in them. It’s a story of success.”

And now I’m proud that I’m an advocate for people who are actually in the same place in life that I was in. And that for me is a real success story. Going out to those families, listening to their stories, it’s something I identify with. It’s something that I believe in, that they’re actually going to make it.

All over Africa, and in Uganda, there are so many families that are actively trying to get out of poverty and partnering with us to find ways to end poverty. 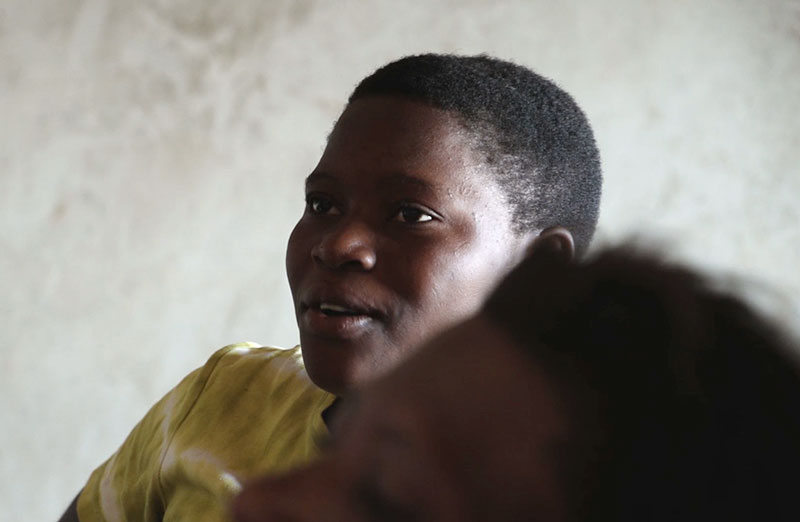 These families we help are not victims, they’re strong survivors

We definitely need to influence people’s thinking about these families.  We need to let them know that we are talking about giving a hand up and not a handout.

That is what housing microfinance is set to achieve. We know for fact that it works. It’s one of the best ways to stop poverty from spreading further, and to create wealth and opportunity.

Each time I visit these families, I have a lot of respect for them because they could turn out to be anything. The home construction process in Uganda takes a lot of resilience. I do not in any way despise them. I know that a few years down the road I will meet somebody totally different.

It’s the same thing I see in each family that we currently serve. I respect them because it’s not like they are getting handouts. They’re actually blessed to have partners who are supporting their home construction process.

The real story in Africa: don’t believe the clichés

Africa is a lot different than what  we see in the news and its stereotypes. Children in secondary schools in urban areas in Africa do have access to the Internet.

They’re on Facebook, on Twitter, they can Google things and learn about what is happening in the world and in Africa. Talking about reducing poverty in Africa as a whole is misleading, it would be like saying that the UK and Ukraine are the same.

We’re talking about an entire continent with many countries developing exponentially, with modern cities and a vibrant start-up scene, while other countries are indeed suffering from extreme poverty. In this way Africa is a lot more complex than most people think.

Monitoring our impact in Africa: a key to poverty reduction

It’s one thing for an organisation to say it’s taking action and it’s another to actually go out and witness that impact first hand.

We’ve now reached the stage where the last time we visited those families, they had completely moved on, their situation is just not the same. That is very encouraging, it gives me pride. It inspires me more in what I do, to look out even more for the families that we support and work with.

In 2005, Habitat for Humanity Uganda wasn’t doing very well. The international network was on the verge of closing our office and in the end about 70-80% of the staff had to be laid off. I was lucky enough to be among the staff that remained.

One month to turn things around

We were given a period of one month to turn the organisation around. The expectation in our international microfinance programme is that your repayment rate [for the micro-loans enabling people to build their homes] should be around 70 or 80%. But we were at 20%.

When that ultimatum came, the staff who remained sat down toegther and said:

“Look, we will either have to turn this around or fail those families. If we don’t, they’ll never have any hope of getting into new houses and having a decent life in this country.”

So everyone, whether they were in accounts, programmes, resource development or communications ended up being a loan collector. To actually go out and ensure that families that were being supported paid back the funding that they received.

In that one month we went from a 20% repayment rate for our micro-loans to over 80%.

An efficient charity/business model in Africa

Now, when I return to the communities that we’ve been helping and I see that we are still building, not for a hundred families but for thousands of them, it gives me pride. It was worth all the challenges.

When the entire organisation went to collect those repayments, we talked to the local leaders to tell them what was at stake. That if the families we supported did not pay, they would not have Habitat for Humanity to help reduce poverty in Uganda anymore.

So we asked them to walk with us and to support us in ensuring that everyone who was receiving support could pay us back.

We work with everyone within the community, so long as the need is there

The leaders of these communities, some of whom are beneficiaries themselves, act as speakers for their community and they have repeatedly told us “Habitat has made a difference in our lives”.

But beyond this, they say, it’s the way we connect with them that is very different from the way the banks do. Our approach is humane, and if they ask for more money but can’t get it yet, we do our best to explain why.

And by doing so we want them to understand how our model works and why it’s important that it is financially viable. 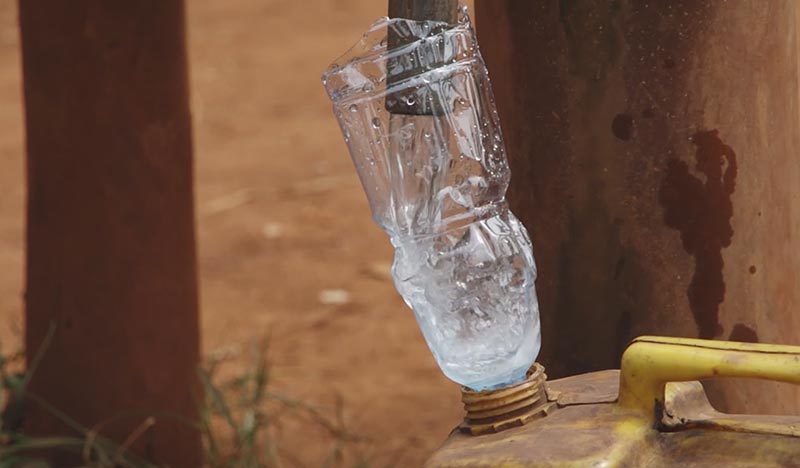 It’s also crucial that we help the families understand why they shouldn’t receive a loan that they won’t be able to pay back.

Some Ugandans aren’t used to dealing with financial services, so this type of informative, educational approach is extremely important to the population. That’s why we also offer workshops in financial literacy to help them manage their money and loans.

By not yielding to the pressure of loaning them more money, we maintain a friendly, working relationship. It would be a disservice to the families that we serve to do otherwise.

This helps them understand that after they’ve paid back each micro-loan, we can then move onto getting the next item: whether it’s adding windows, a water well, a secure door, a concrete slab for the floor etc.

In Africa, most of the housing works like this, it’s all incremental building. Improving their homes bit by bit.