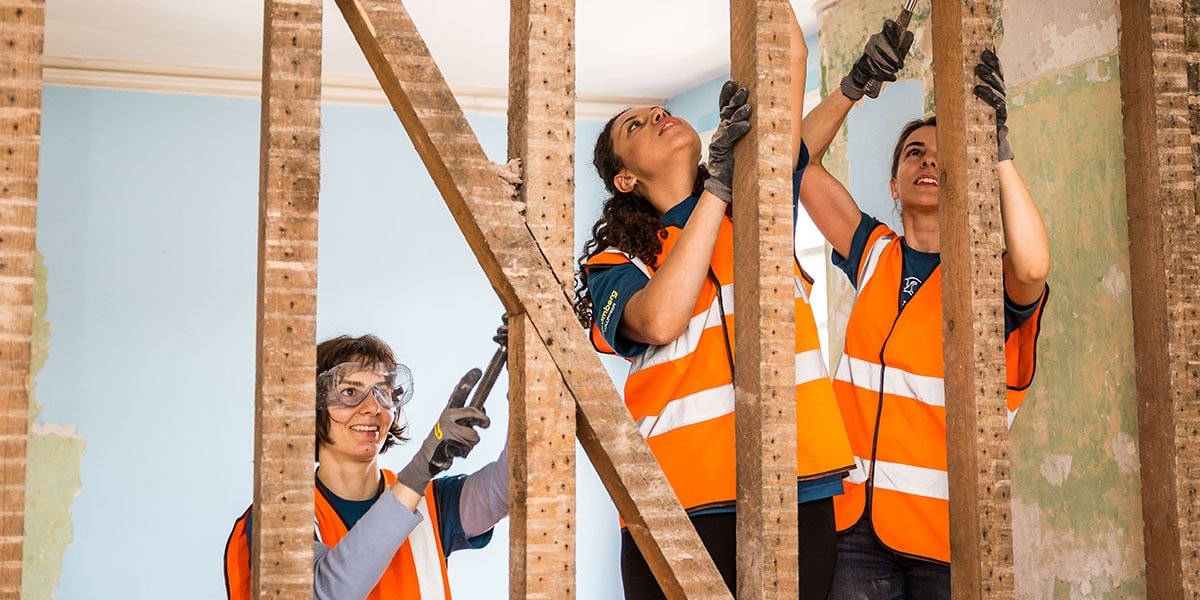 Corporate Volunteers Give Back to UK Veterans

This is an update on our project to renovate and refurbish a building because homeless veterans are in need of accommodation in London – in collaboration with corporate volunteers from Bloomberg and Veterans Aid.

What follows is a transcript of the videos featured below.

“I’m Nathan Rooke, 25. I served in the Fourth Regiment Army Air Corps as an aviation communications specialist. When I left the service, I didn’t really know where I fit.

“I ended up on the streets. It took about 4 years for that to happen. But still four years from working at the top of your field to being homeless, it’s a little bit concerning, to say the least.

“I called up Veterans Aid, they asked me if I could get to London – from Devon. At the time, I had a guitar on my back, I closed my bag and said “that’s it”. The first thing that happened when I got here is that they sent me down to get some food. And obviously, I burst into tears.”

“I wasn’t used to someone else helping me, I was used to having to struggle by. Because I had been homeless for about five months.”

“They said they were going to move me to a hostel and initially I thought a hostel would be a room with 7-10 – God knows how many – people. But as soon as I got here I found that others were in single person accommodation, you have a sink, you have a bed. It’s pretty much like going back in the block of the forces.” (Nathan Rooke)

Creating a new home for ex-servicemen 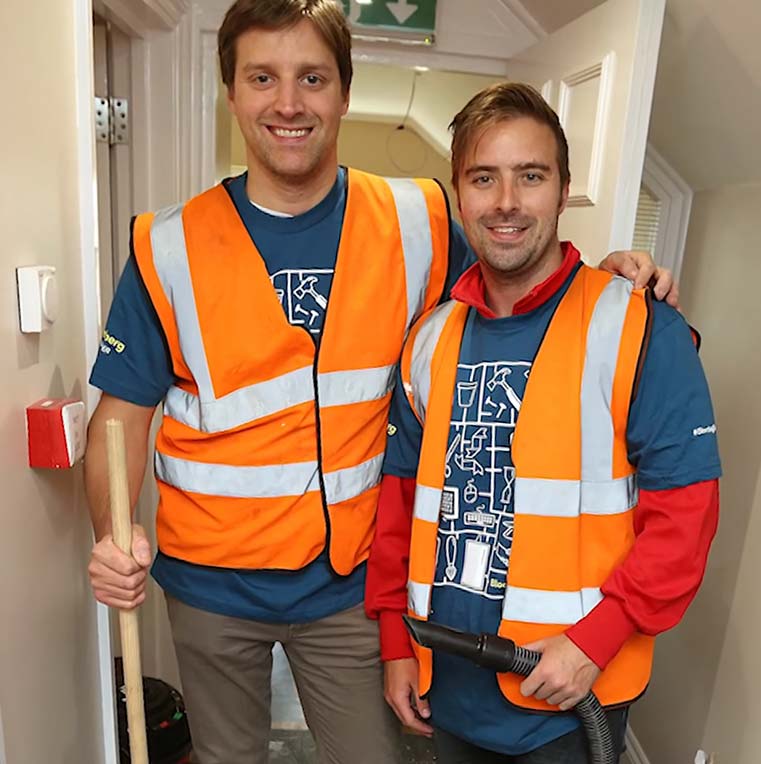 “As you can imagine, our facilities are heavily used. They were wearing out. So the time came when we knew we had to do something about it – and refurbishment and rebuild was the plan.” (Hugh Milroy – CEO Veterans Aid)

“The second phase of the project […] comprised of more structural demolition, so the volunteers are helping the guys who work onsite take down walls, load up the skip and then form the new different areas that will be created on each floor.” (Ken Williams, Site Assistance Manager – Habitat for Humanity GB Homes)

“Bloomberg has a long track record of supporting high impact charities in cities around the world in order to support change. So, when we met Veterans Aid in London we were incredibly inspired, not only by their passion by also by the proven results of the work that they do to support veterans in the UK.” (Jemma Read, Bloomberg Philanthropy)

The scope of the project

The renovation and refurbishment was managed and conducted under the supervision and guidance of Habitat for Humanity GB Home experts so that everything was completed correctly. With the help of the corporate volunteers from Bloomberg, this resulted in:

In total the renovation project required:

Why corporate volunteers are effective

Corporate volunteers are effective because of so many reasons. They are motivated, passionate, hard-working and so on.

“The thing that struck me about Bloomberg was uniquely that they wanted to do it for themselves. Not just hand us money because that’s easy, that’s superficial. That’s assuaging consciences. This was a step out from the mainstream [corporate approach].” (Hugh Milroy – CEO Veterans Aid)

“This is by far the largest project that I’ve been involved with. Bloomberg approached myself and other members of the community so that they could see if we’d like to be involved. What a fantastic project. The size of it was just enormous. It was just great to go out and get stuck into it.” (Gaz Roberts, Bloomberg Volunteer – Ex British Army)

Giving back to the community

“You could imagine just a lot of hard work, knees on the floor, getting bruises everywhere, but I find it was really exciting because I’ve never done this in the past. And I hope that they can actually feel the love and care that we have for this community.” (Karen Ho, Bloomberg Volunteer)

“I think it’s the scale and ambition of this project, that sets it well apart from anything else perhaps that Bloomberg have done – certainly in my experience.” (Toby Woodbridge, Bloomberg Volunteer – Ex British Army)

“If you give [Veterans Aid] clients a good place to live, it really moves them forward. And it really is a case of onwards and upwards from the moment they reach our facility.” (Hugh Milroy – CEO Veterans Aid)

“Seeing all the volunteers from Bloomberg coming in, working and helping out with this place, it shows that people do actually care about ex-forces. And knowing that somebody else’s effort and time has gone into making a room over here for myself and so on – it’s overwhelming.”