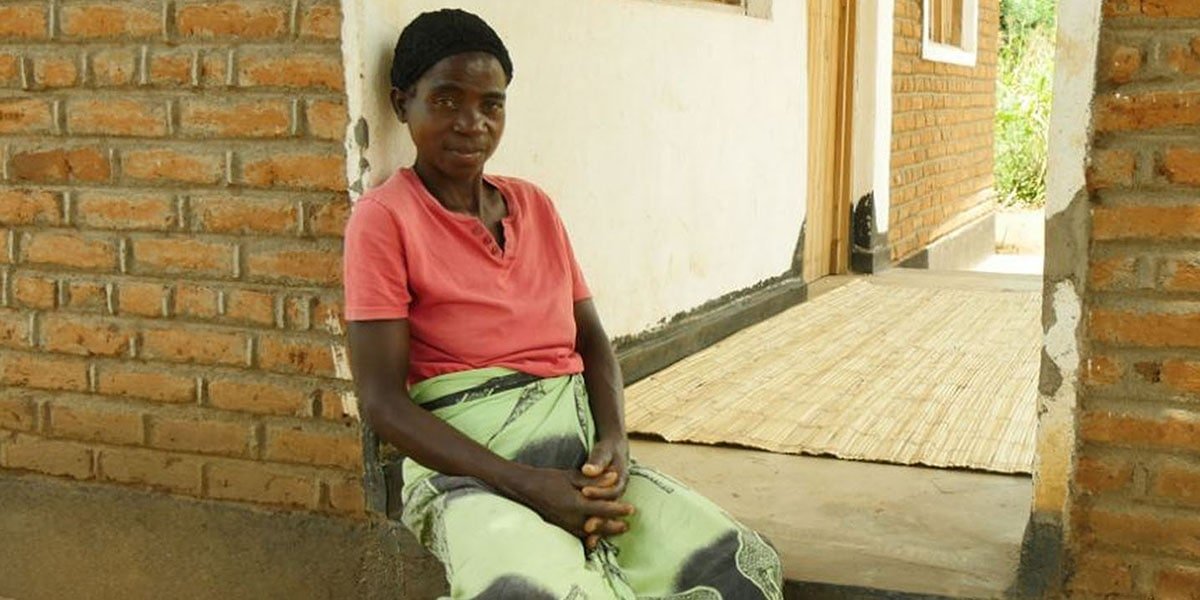 One day in 2008, Bertha Likeke woke up thinking it was going to be just another day in Malawi in southern Africa for her husband and their five children.

By the end of the day, her life had changed dramatically. Her husband died suddenly. And, because of local customs, Bertha and her five children were left homeless and destitute.

Limited housing solutions for the homeless

With the loss of the family’s sole breadwinner, Bertha had to return to her birth village, Nthiramanja, and accept whatever accommodation the community was able to give. What they got was a one-room mud-brick and thatch structure.

Bertha and her children had to sleep and cook in the same room. To make matters worse, their goats slept with them and the mud-floor house was impossible to keep clean making illness a fact of life.

The family was constantly sick with diarrhoea and malaria. And when it rained the thatched roof would leak. The rainy season in the Mulanje district in the south of Malawi generally lasts four months, bringing with it heavy downpours.

“When it rained, we used to pack up all our things as if we were going away. We did this to protect our belongings from getting wet.”

Rain, pouring through the leaky roof, soaked the children’s school books, ruining them completely. Unable to use them, the children eventually stopped attending school. The rain took its toll on the mud-walled toilet pit latrine, too. The toilet floor rotted away and finally, the toilet collapsed completely. It was a life of constant stress.

One of the poorest countries in the world

This isn’t unusual in Malawi. Since the 1990s, Malawi has ranked as one of the world’s least developed countries, according to the Human Development Index. Over half of the population lives on less than US$1 a day. But for the most vulnerable, the “usual” can and often does get worse. This was the driving force behind our Orphans and Vulnerable Groups (OVG) programme that started in 2009.

The programme identifies the most vulnerable people in an area by consulting with local chiefs. Chief Nthiramanja felt Bertha and her children were in the most need and recommended them for the Habitat programme. 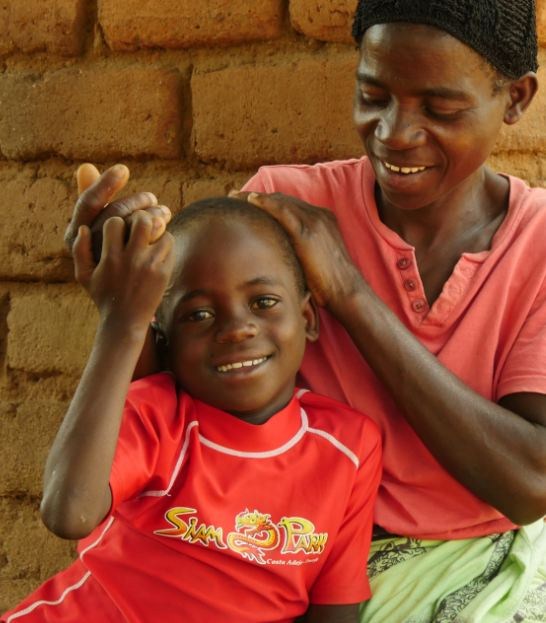 Over 200 houses for the homeless and the most vulnerable

We use a fully subsidised model that relies on donor funding through our Global Village activity in which international volunteers come to help construct homes. So far more than 200 two-, three- and four-room houses, each with a ventilated pit-latrine to improve sanitation and hygiene, have been built.

Working in six communities and seeking to branch out even more, our Global Village volunteering programme combines international and local volunteers who help families and community members build homes. Volunteers are encouraged to deepen their experience by working within their community and interacting with them on a day-to-day basis, getting to know them and the issues which affect their lives.

Bertha could not believe the four-room house was hers until she was handed the keys and spent the first night there. She says just having a toilet that is clean, safe and dry is a miracle to her. “When we received this gift our hearts were full of joy,” she said.

“We won’t stop taking care of the house. We’ll treat it as a child.”

In January 2015, only a month after the construction of Bertha’s house, southern Malawi was devastated by floods, with some areas hit by up to 400% higher rainfalls than normal. “When the floods came, I was in the new house. I wasn’t worried because the rain couldn’t come inside the house,” Bertha said. “That made me feel secure. With this house, we had no problem, right until the floods ended.”

A secure home has enabled the Likeke family to rebuild their lives. For Bertha, the biggest relief is that the children are back at school. The new house provides a space that allows her son, Alick, to study and keep his books dry. A cleaner environment to live and sleep in also means less disease and more frequent school attendance.

“We went through health, sanitation and malaria training,” Bertha recalls. In addition to the information, we give three insecticide-treated mosquito nets to each family. Malaria infects almost 5 million Malawians annually and is one of the leading killers of children under the age of 5. Since receiving the nets, no-one in the Likeke family has had the disease. 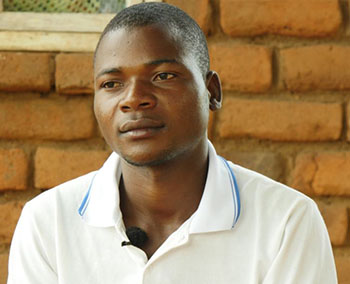 A vital part of the Malawi’s OVG programme is its property and inheritance rights training. In traditional societies, many women just like Bertha are regularly disinherited after the death of their husbands.

Children, too, are vulnerable to dispossession and homelessness on the death of their parents. Our teams ensure continuing security for children by giving them ownership of the house.

“I knew I could be at peace because the kids own the house.” Bertha said. “I am so happy because I know the children are secure, rather than if I were to die, leaving them without a proper house. This great gift we’ve been given is for the kids.”

With our help, Bertha also drew up a will for the first time and is now safe in the knowledge that her children will receive her most valuable belongings. One copy of the will remains with Bertha, another with our office and a third with the local government authority. “People from the outside can’t just make decisions for us,” Alick said, “because the papers specify what belongs to whom.”

The impact of our team in Malawi work is noticeable. Emory University conducted a health-impact study in northern Malawi in 1997 and found that children under 5 living in Habitat houses had 44% less malaria, respiratory or gastrointestinal diseases compared to children living in traditional houses. Other important aspects that improve significantly for families in Habitat houses include:

More evidence has also shown that providing a secure home gives a family an increased sense of pride and confidence in the future and very often a raised status in the community, enabling family members to participate in community activities at a higher level.