How to Prepare Slums for an Earthquake in Dhaka, Bangladesh

Dhaka is the capital city of Bangladesh, it is one of the world’s the most densely populated cities. It has approximately 15-17 million citizens crammed into about 300 square kilometers. Poverty is deep and widespread, as slums range across the whole city.

Dhaka is split into the North City Corporation and the South City Corporation. The North is a more modern district, accommodating the big businesses and skyscraper buildings. The South contains the 200-300 year old buildings and undeveloped roads and facilities.

What would be the impact of an earthquake?

If there were to be a major natural disaster, such as an earthquake registering perhaps a 6 on the Richter scale, the country would not be prepared. It is estimated that there would be approximately 100,000 deaths and thousands more injured, not to mention the horrific property damage.

The government and their partnered NGOs do not have vehicles to navigate the narrow roads in the South, nor do they have the technology/machinery to recover people from the high-rise buildings in the North. The thousands of fragile slums and dwellings would be destroyed and many of the affected people would be unreachable. 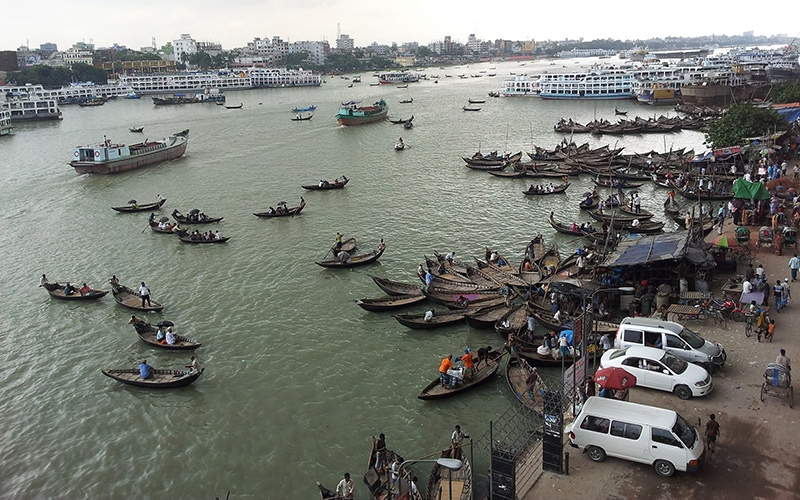 The city of Dhaka is in a plain that is surrounded by many rivers, so there is a long history of flooding, they are also quite common across all of Bangladesh. Also spread across the entire country, especially Dhaka, are faults. These are fractures and displacements of the rock deep beneath the surface, which have proven to be the cause of many earthquakes in the recent past.

It is undeniable the likeliness that the floods and earthquakes such as these could fall at/near the same time, which would be catastrophic. Until these immediate preparation resources are provided many people are at risk.

An interview with Charles Kelly

Charles Kelly is an expert in humanitarian assistance who has recently been involved in our research to better understand how slums in Dhaka would respond to an earthquake – and what can be done to prepare better.

What follows is the result of his interview following completion of the study.

“Dhaka, Bangladesh is a city in a plain surrounded by a number of rivers. And what everybody knows about Bangladesh is that it’s a place that floods quite frequently and flooding is a serious concern. But geologists have identified looking through historical records and also the geology of the area that there are some very, very large significant faults that underly the whole area of Bangladesh and particularly the city of Dhaka.

And so, these faults which are deep underground have, in recent times, last 150, 200 years, triggered very large earthquakes. The underlying concern has been that if one of these earthquakes were to occur and Dhaka would be affected, then there would be quite a lot of damage.”

Improving cooperation at all levels

“And the government itself estimates close to 100,000 people might die in a very bad earthquake there. And thousands of more injured and lots of property damage and difficulties of surviving. So, what we were looking at in the simulation was what could international organisations, non-government organisations, NGOs and local community and neighborhood groups do together with the government to try to prepare for this massive earthquake that might occur.” 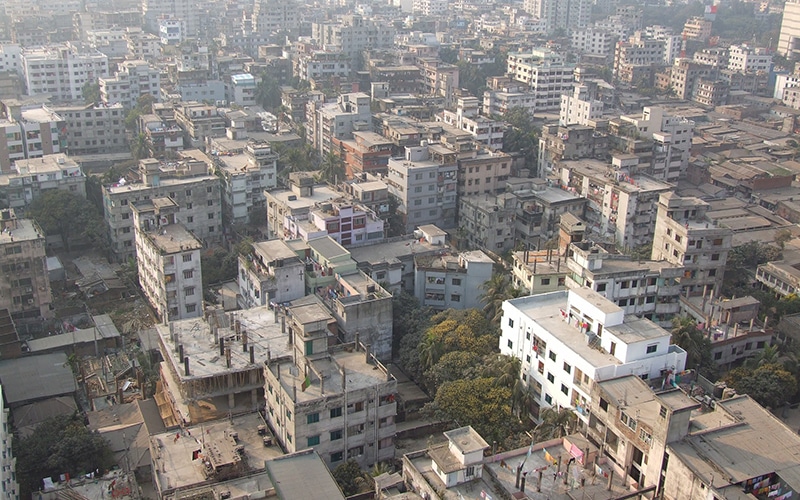 The long road to recovery

“But our focus was not on the immediate relief or the saving of people from collapsed buildings, but more on what would come in the weeks after the earthquake. So we talked about, in the simulation, these different challenges, how to provide water and food, not in the immediate aftermath of the disaster, but for the next 6 months, or 12 months, or 18 months that it will take people to recover from the disaster.

One thing that was very important that we identified was that some 80% of the people in Dhaka are renters of housing, which means if there are housing is damaged, their apartment and/or their house is damaged, then they’re going to have a hard time finding another place to rent a house. Once rental space, apartments are damaged, it’s very hard to make new apartment buildings quickly.

It takes years. And Dhaka has been building for decades, building apartment houses in places where people live and it’s going to take decades to replace those if they’re damaged. So, you have to figure out ahead of time how you’re going to house and provide safe accommodations, water, and sanitation, and other things in a very short period of time.”

The need to identify informal settlements

“I mean, that’s one of the challenges in Dhaka, is that you have a high, relatively high and relatively low-income people living right next to each other. And a lot often times lower income people are kind of hidden from official view or from day-to-day life. You don’t necessarily realize they have that many people living as maids, or cleaning people, or guards, or other workers.

You know, you have a bunch of people living in apartment houses, but then there are all these other people living in the same buildings. How do you support them? They’re not necessarily part of the official census all simply because the transport’s quite complicated, quite difficult. They don’t come from far away, they live near where they work and so they may live in a squatter settlement, in an unused piece of land, an unused property, or they may even live in a partially constructed building.”

The simulation as a means to test knowledge…

“The simulation is probably best used in the case of Dhaka as a way of perfecting and demonstrating that people have learned things that they’d been taught previously. So, if we take the issue of shelter separately, you’d want to do some planning, some training of people on how to deal with shelter and then use a simulation to see if they’ve learned that and what gaps they might have with further learning might be useful and also to think through how plans and preparedness are being developed in the shelter area.

So, you have a live simulation in which people actually are paid to adopt to look like they’re harmed by the earthquake and they have… It looks like they have broken bones and things like that. And so, that you simulate the emergency requirements and how to save people and things like that. Similarly, there’s an issue if there was flooding, if it was during the flooding season, the monsoon, and there was an earthquake that occurred at the same time, the damages could be much worse.”

“We use sort of the simulation and the process in Bangladesh in preparing for the big earthquake that’s expected, really should also come from looking at how organizations are working together. And the simulation is a great way to test that work together. Do they know who to call? How do they deal with problems? Because simulations usually present problems that are sometimes quite complex and you want to see how people deal with this.

So, the simulation itself can contest things but also is a learning opportunity both for the organizations that hold it, but also for the individuals who participate because it’s the next best thing to having a disaster. But there’s been relatively little planning so far on what to do in the weeks and months after the disaster. How to get the markets and commercial systems back in operation, taking care of the housing issue, water and other kinds of things over the long term.

And so, that’s why we have the simulation which is because it’s the next step in the planning that the government and its partners need to do to prepare for the earthquake.”