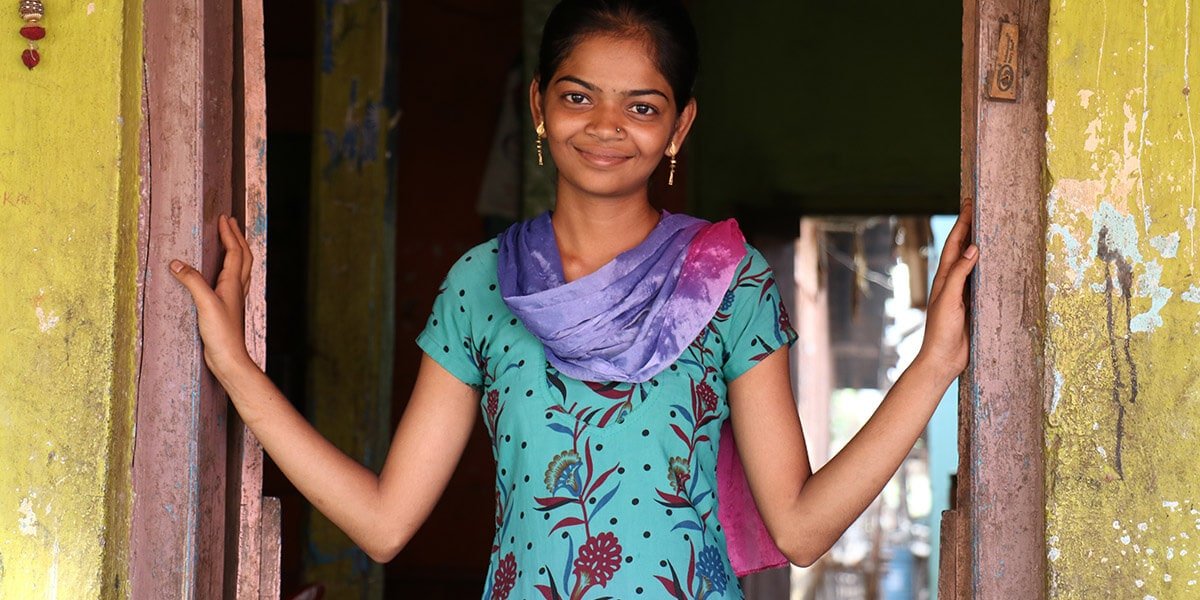 Urbanisation spells both hope and despair, with regard to gender, to the lower class, unskilled Indian woman. For many women, migration to the mega-cities seems like the best way to earn some more money to save. Also, to create a less busy life and to provide their families with a more certain future.

The desire to move is great. So great that in rural areas it is considered a matter of pride to be married off to someone who works in the informal sector of any of the big cities. Or, to send a daughter off to work as domestic help in one of the middle-class households.

For some, it is an outlet to escape an abusive husband or lack of opportunities for paid work in the villages.

Popular culture propaganda works to present cities as images of economic prosperity. Women from rural areas move with hope of gaining some autonomy, and independent possession of some asset for the future. 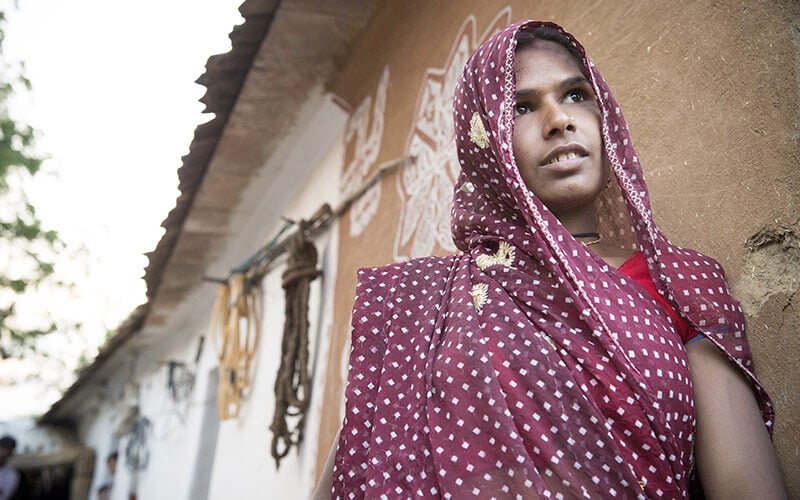 Based in South Kolkata, Papiya is a classic example of a rural woman moving to a megacity after marriage. In fact, her mother also moved with her to the city and they both take on the responsibility of earning for the house. Papiya’s husband is an alcoholic who works occasionally as a contractual driver for various people.

“Dreams about a better future got my mother interested in marrying me off early. I was just 13.”

Papiya regretfully recalled as she scrubbed the floor getting her own home ready for the day. After her own housework was done, she had to go to work at 5 different houses.

Then there are women like Kamona. She had moved to New Delhi with her three children to give them a better future and escape from the clutches of her drunk and abusive husband.

“My husband sold off all my jewellery to pay for his alcohol addiction. He also used up my savings for the children’s future. I had to leave him.”

In Kamona’s case, she moved to the city because she was desperate.

Not because she thought the urban environment was filled with hope. Although now she is settled and has found work in a number of  households, she can’t help but feel a bit brighter about her future.

It’s not only wives and mothers who migrate to the city. Many young girls like Aloka, are pulled out of school and sent to work in cities so that they can send money back home. These girls usually begin by assisting a relative with their domestic work, then, once trained enough they are sent to find work on their own.

These are the women who populate the habitations of the urban poor, the ones who flock to the low cost, overcrowded slums. Their 16 to 17 hour work day involves multiple dimensions of poverty including lack of access to basic services which would have otherwise aided them in reducing the length of their work day effectively.

The struggles of these women in the urban areas includes shifting roles, transitional lifestyle requirements and an overwhelming sense of insecurity which are products of gender insensitive urban policies overall. 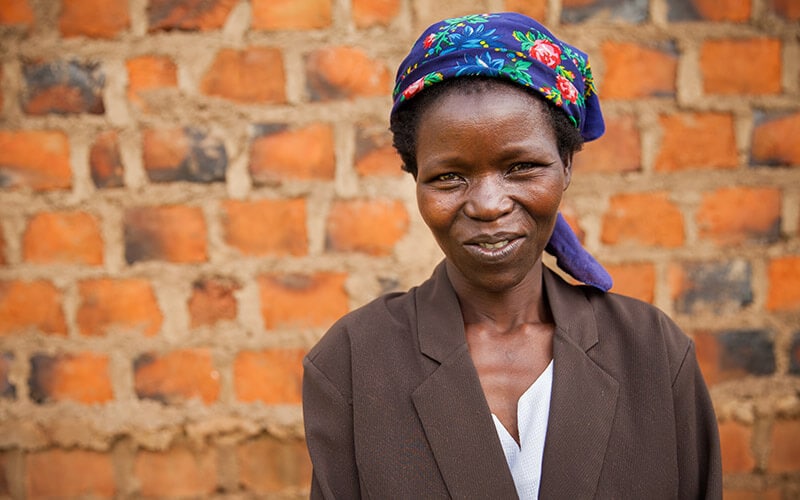 The informal economy and lifestyle paradoxes

The urban economy is fuelled in many different ways by the shadow, informal economy which co-habits the same space. In most of the big cities, the shadow economy is cash based and as a result, there are barely any records on paper.

When migrant women start new contracts, agreements are usual informal or verbal; a certain payment amount is agreed for a broad working role. This work can consume any number of hours in a day depending on the service household requirement or employer demand. This in turn leads to a new dimension of poverty called “time poverty”.

Gender bias: the feminisation of poverty

Time-poverty is related to the number of working hours a person does each week including contracted hours at work and hours spent working at home in un-paid care giving roles and activities. For this reason, this dimension is heavily gender biased towards women, especially India.

Women are often more than just the bread-winners for these urban poor families. They find themselves playing an indispensable role. Running their own household, holding their families together, raising children besides their work-roles outside their homes.

The neighbourhoods where these women live are often in slum areas, which are far from the places where they work every day. Commute expenses, time spent in travelling are all on the costlier side as compared to the amount these women manage to earn every day.

Though they technically earn more than they did back in the villages, their lifestyle reflects much less of their economic upward mobility overall.  In urban areas these women become significantly poorer – especially given that basic needs (food, shelter, transportation, clothing etc) are more expensive in the city.

Around the world, the urban landscape has drawn in migrants for decades. From 1950 to 2000, the population living in urban areas in developing countries rose from 18 percent to 40 percent. It is further expected to rise to a 56 percent by 2030, causing issues like land rights and housing rights to be the centre of attention – especially for women.

Women migrants to the urban areas generally find it difficult to get housing on their own as authorities prefer allotting housing plots or low-cost housing to men with families. There has barely been any specific provision for women headed households in terms of owning houses in urban areas, so much so that often the son of a woman who is heading the household, gets his name registered for housing provisions.

This blatant discrimination causes women to take up whatever housing options are available to them and denies them the prospect of possessing an asset. In case of peri-urban or rural areas being urbanised, women are again the main sufferers. In the rural setting, women are generally not given a say in property as it is assumed that they would marry and go away.

Even if they could have property, the property would be transferred to their husbands.

As a result, when rural areas are urbanised many women are left homeless and displaced, the compensation provisions usually go to the men who would be the ones actually possessing land. In this situation, women who seek land rights and compensation-based housing find themselves on the losing end.

Life in the slums is by no means easy for women. The overcrowded shacks and buildings are mostly illegal settlements and consequently lack basic infrastructure services like water, sanitation and health facilities. The lack of basic services affects women disproportionately because they spend most of their unpaid work hours attending to their care-giving roles at home.

Life in the slums is often dangerous for women. This is particularly true of women headed households. Especially where women must go out to work and manage everything on their own. There have been many instances of crime in these localities which are sexually rather than money motivated.

Women also suffer from security threats when they travel to and from their work in public transport. The more visible these women are in roles outside their homes, the more they are targeted for various kinds of assaults as they somehow come across as vulnerable and unprotected by the formal system of institutional support. 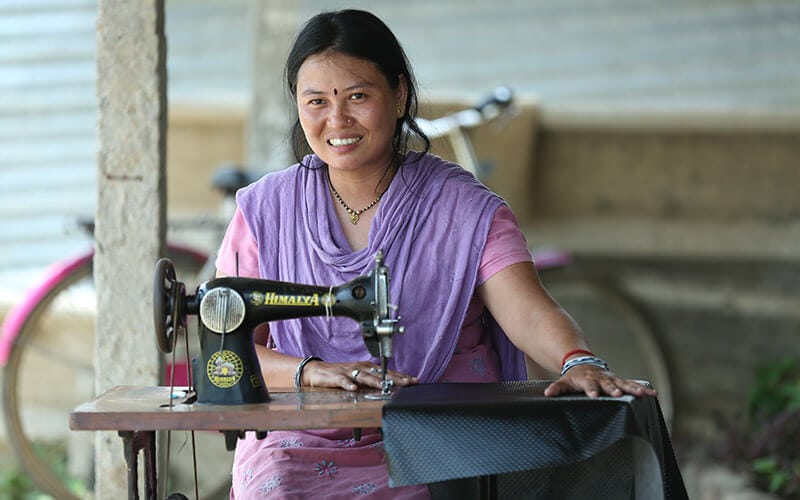 Whether a product of the class system or just blatant disregard by the authorities. These women who form a significant part of the informal and formal economy are often forgotten. Pests, disease and unsafe homes are also threats to female and male slum-dwellers. There are often leaks in the rooves, inadequate drainage facilities, insects and rodents acting as major disease carriers. Also, the constant threat of losing the shacks to major weather disturbances.

When life in the slums is replete with these implied insecurities, for women, this becomes a major issue. Mostly in terms of their basic sense of sustenance. They are not only uneducated most of the time but also ill prepared to tackle insecurities through a proper channel.

In order to progress, everyone needs to understand that women’s motivations behind the rural to urban migration are changing.

More women are migrating for autonomy and paid employment. This means that the authorities should provide more skills training of these vulnerable sections of the population. They should also connect them to more work opportunities to begin with.

The government should also help women find affordable and safe housing with basic infrastructure services provided at a subsidised rate. This would make the transitioning phase from rural to urban life much better and easier. Laws should be put in place to enable women to gain access to a range of basic necessities that they need in the urban economy – from fair wages, to medical insurance and provisions for documentation of their existence in a city. 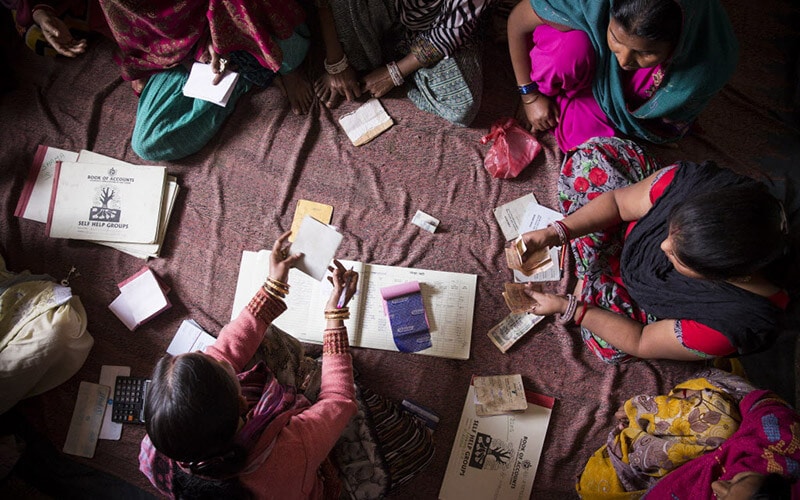 There should also be more slum development programmes. Especially where redevelopment and refurbishing can be taken up by the government and private parties keeping the gender angle in mind. This could be done in a bid to make life better, easier and safer for women as their numbers in the informal economy surge.

Furthermore, there should be a range of training and skills activities available in the informal sector. This would encourage recruitment and employment services. Also, awareness generating programmes to inform these women of their basic and institutional rights

A need for training and skills sharing

The urban scene is one characterised by a constant state of flux. As needs change over time and people change their approaches corresponding with their needs, urbanisation should factor in these need-based trends to proceed in a manner that best suits the aspirations for the future in a realistic light.

The post was written by Sohini Jana, a writer commissioned for the project. The views and opinions expressed in this article are those of the author. They do not necessarily reflect those of Habitat for Humanity Great Britain 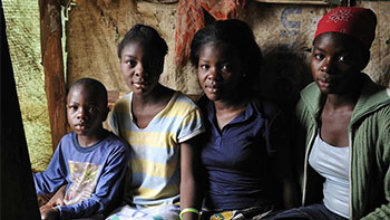 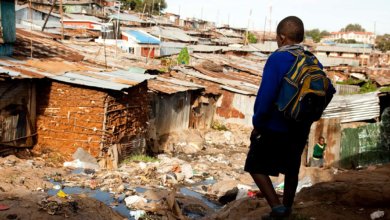 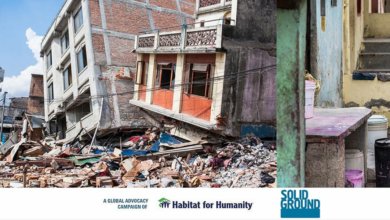 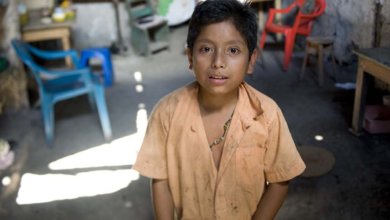 Although Honduras is one of the least urbanised countries in…